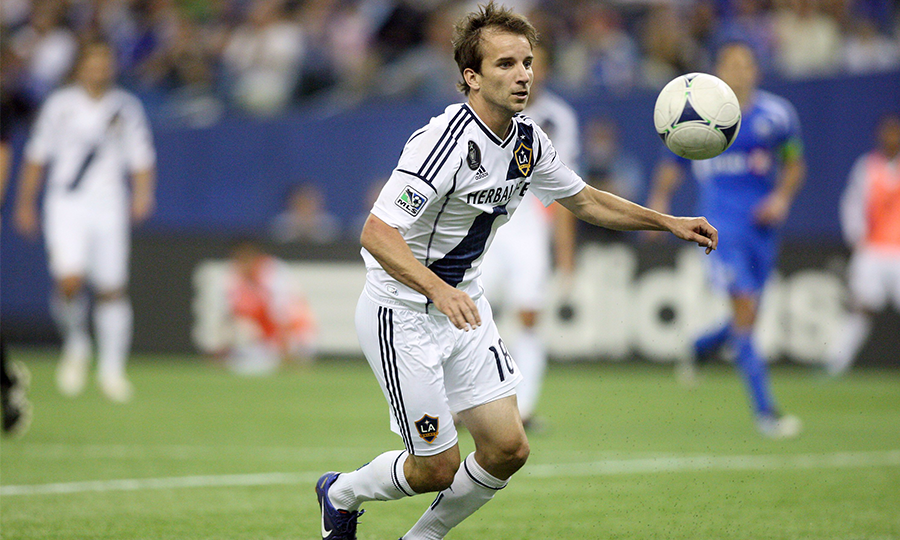 The magic is back at StubHub Center.

“Magic Mike,” that is, as Mike Magee began his second stint with the LA Galaxy by entering the MLS season opener at StubHub Center and fueling a comeback in a 4-1 win over D.C. United on Sunday.

Magee, who spent a little over four seasons with the Galaxy and won two MLS Cups with the club before being traded to Chicago early in the 2013 season, came off the bench to start the second half for Giovani dos Santos with LA being down 1-0, and Magee had a hand in all four of his team’s goals in the second half. His corner kick in the 54th minute was headed home by former LA Galaxy II standout Daniel Steres, making his MLS debut, to tie the game up, before Magee scored his first of the night, taking a looped cross from Sebastian Lletget in the box and hitting a soft chip past D.C. goalkeeper Andrew Dykstra in the 64th minute. In the final minutes of the game, Magee drew a penalty from Dykstra, which Robbie Keane converted, and Magee scored a set piece goal himself, with a header off Steven Gerrard’s free kick, to cap off the scoring in the 87th minute.

For the Galaxy overall, the game was certainly a tale of two halves, with D.C. dominating play in the first half and LA pretty much unable to get any attack going. Reports during the game said that dos Santos had an injury and so it appears Bruce Arena’s decision to bring Magee into the game at the half was an enforced change and perhaps, therefore, a stroke of luck.

While the headlines in the offseason focused on a trio of European imports — defenders Ashley Cole and Jelle Van Damme and midfielder Nigel de Jong — joining the Galaxy, Magee’s return to the club largely went under the radar. This wasn’t true for Galaxy fans, who loved Magee’s mix of skill and grit and raised him to the level of a cult hero in 2011 after he played goalkeeper for more than half of an MLS game, who were glad to see him return. He may not be able to play a role in four goals every game, but his impact was key to the turnaround in this particular game, and he’s almost certainly going to make his way back to the starting XI.

Thus, the result, a fair if lopsided win, puts the Galaxy off to a good start in the regular season and likely helps to wash the bad taste of their CONCACAF Champions League loss against Santos Laguna earlier in the week out of their mouths. The performance was uneven, and showed the best and worst of the team at this stage in 90 minutes, but it looks like there is another player capable of breaking a game open on the roster this season.