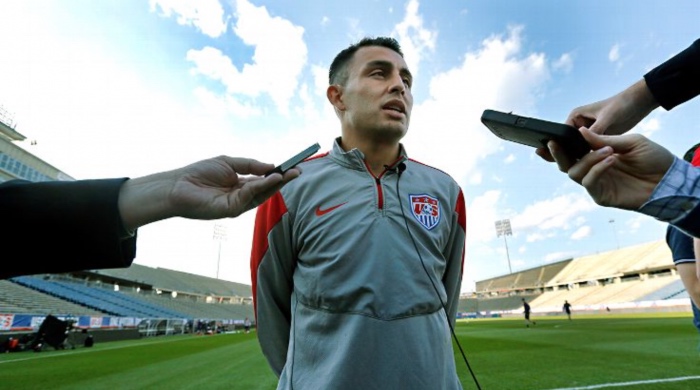 During this crazy week for the Mexican soccer league, Liga MX, with all the drafts going on this past Wednesday, we found another surprising move from an American player to Mexico.

Sources have confirmed that midfielder Miguel Ibarra is transferring from the Minnesota United FC to Club Leon in Mexico. Ibarra, who also plays for the U.S. Men’s National Team, is supposed to be in Mexico on Thursday to finalize the deal.

[quote_box_center]”Miguel has been a wonderful part of our club for the past several years,” United president Nick Rogers said in a statement. “He is everything you like to see in a player: he’s talented, hard-working, and humble. He leads with his actions. He’s also a great person who cares deeply for his friends, his family, his teammates, and his club. For all of these reasons, it’s a bittersweet day for us. You hate to say goodbye to a player like this, but the reality is that this deal is a win for the club, for Miguel and for León.”[/quote_box_center]

Ibarra’s career has had its ups and downs, and this is actually a very surprising move for many spectators. The Mexican-American player had an unclear and somewhat doubtful future while playing for the NASL, but in October 2014 he became the first lower-division player to be called up to the national team since 2005, and he is now on into his seven-figure transfer abroad.

Miguel developed his game and got his name out there because of his great performance with Minnesota, which caught coach Klinsmann’s attention. Unfortunately for him, he did not get playing time with the U.S. in the past games and did not make the roster for the Gold Cup.

Ibarra will now join the pool U.S. players in the Mexican League that keeps growing. As far as his club Minnesota, it is still to be seen whether they can still perform well without one of its best players.