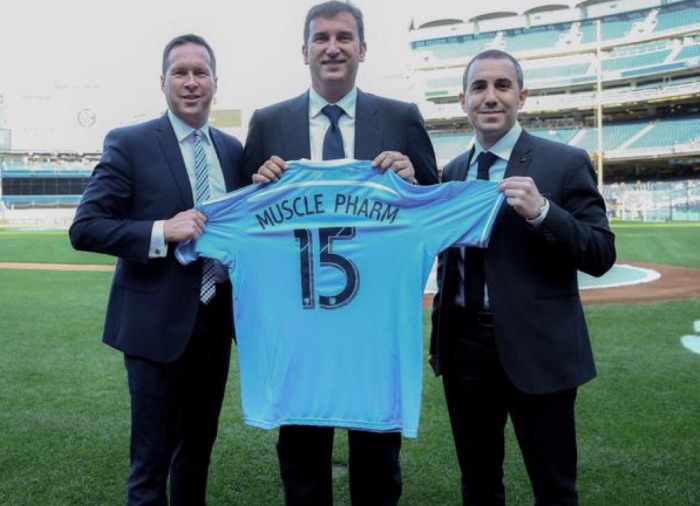 City Football Group is an Anglo-Arab holding company that is in charge of the administration of the network of all clubs under the umbrella of Manchester City, which includes four teams: Manchester City FC (including Manchester City Women’s FC), Melbourne City FC, New York City FC and Yokohama F. Marinos.

[quote_box_center]“City Football Group is excited to partner and work closely with MusclePharm, which, like us, is committed to achieving the highest levels of performance for elite athletes. We are also delighted to be working with another commercial partner across all of our clubs. This is another endorsement that City Football Group provides an ideal marketing platform for global brands seeking to engage with football fans all over the world,” said Omar Berrada, Commercial Director of City Football Marketing.[/quote_box_center]

MusclePharm is a renowned sports nutrition brand that creates safe and effective supplements for all types of athletes and activity levels. It is an innovative company in this industry, as it was created and it is run by athletes. They have different lines of products that range from elite and professional athletes to every day active people.

[quote_box_center]”We are proud to be an official sponsor of City Football Group and all of its football clubs. City Football Group is home to some of the most well-known and exciting football clubs in the world and we believe this partnership will be mutually beneficial as more and more fans around the globe are introduced to our science-based, quality and effective products,” said Brad Pyatt, founder and CEO of MusclePharm.  “This partnership is consistent with our larger business strategy to partner with the world’s largest and most popular sport and leverage this significant global brand exposure.[/quote_box_center]

This is another great partnership that will benefit both parties, as MusclePharm is that premium quality company that wants to reach a broader audience with its products and will actually be able to do that through soccer and City Football Group, while the later will benefit from having its image associated with such an elite product also improving their athletes’ performances.