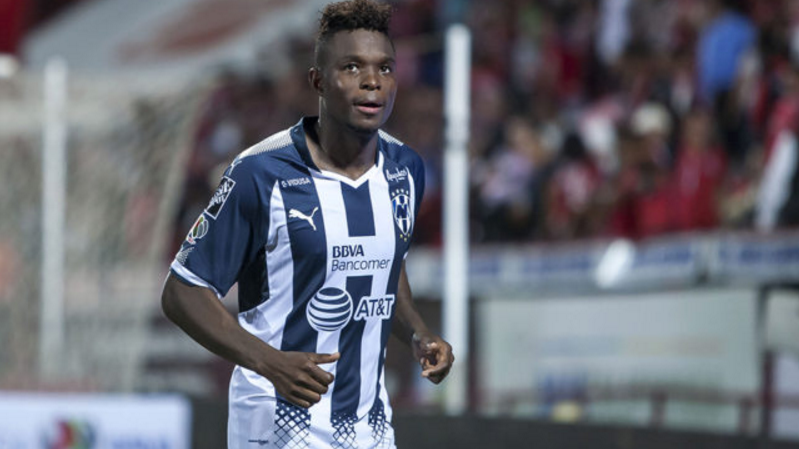 Oh Liga MX, how we missed you.

After only three weeks, we’ve already seen the recently promoted Lobos BUAP move up to first place, two Panenkas in one Mexico City rivalry match and a hat-trick during Enner Valencia’s first game back in the league. In the true spirit of Liga MX, Valencia then earned a red card in his following match during Week 2.

There’s plenty to talk about here, so let’s dive into the preview for Week 4 of the 2017 Apertura.

Don’t be fooled by the less-than-exciting teams that are headlining this clash. Xolos’ high-pressing style of play and Puebla’s chaotic start to the tournament could lead to an entertaining match. After losing three league games in a row, Tijuana should be fully motivated to get a win this Friday. As for Puebla, it will be fascinating to see if the disorganized team attempts another risky 3-5-2 formation that could do some damage to Xolos.

– Player to watch: Keep an eye on Tijuana’s Gustavo Bou. The Argentine striker was easily one of the biggest Liga MX additions of the summer. Although he has yet to make much of an impact, Friday’s game might be his perfect chance to shine for Xolos.

– Prediction: I’ll go with a narrow win for Xolos here. New manager Eduardo “Chacho” Coudet is desperate for a victory and has the slight upper-hand with a better roster.

Unfortunately, the big talking point here is the absence of Rafael Marquez for Atlas. Earlier this week, the Mexico legend was accused of having a connection to a drug trafficking organization by the U.S. Treasury Department. Due to this, the 38-year-old will not take part in the upcoming match against America. Whether this negatively influences Atlas’ chances for an unexpected win, remains to be seen.

– Player to watch: Statistically and aesthetically speaking, it’s America’s Cecilio Dominguez. After scoring three goals in his last two games, one of which was a Panenka game-winner, the 22-year-old Paraguayan is undoubtedly on fire.

– Prediction: With Dominguez at full health, the practical answer here is a win for America. Marquez’s absence won’t help Atlas much either.

A good rule of thumb in Liga MX is that the most boring-looking matches tend to be some of the most entertaining. Although Queretaro vs Morelia could easily end in a draw between the two sides who have struggled in the attack, there is reason to believe that a name like Raul Ruidiaz will make this one interesting. Also, it’s not the most noteworthy partnership, but there could be something brewing here for Morelia if they give Angel Sepulveda another start alongside Ruidiaz in the frontline.

– Player to watch: Despite the fact that he allowed four goals in one game earlier this season, Tiago Volpi is still Queretaro’s best player. This Saturday, the goalkeeper will need to be on point against a Morelia side that could be surprisingly dangerous going forward.

– Prediction: Alright I lied earlier, this ends in a draw. It’ll be a fun match, but one that ultimately ends is a fourth tie in a row for Morelia.

Can Cruz Azul manager “Paco” Jemez continue to decrease the likelihood of a possible firing? After a disappointing run in the previous season, Jemez has slightly improved his status with one win and two draws to start the Apertura. That said, this Saturday’s match will be difficult against Toluca’s underrated attack.

– Player to watch: It’s the easy answer, but it has to be Toluca’s Rubens Sambueza. With one goal and two assists, the energetic and aggressive midfielder will look to build on his thrilling start to the season.

– Prediction: Doubts and criticism of Jemez will once again emerge after Toluca defeats Cruz Azul. I’m leaning towards a draw but think Toluca maintains its strong start to the season.

I probably should have made this game the “match of the week.” Either way, Liga MX fans shouldn’t miss this one. Monterrey, who has yet to allow a goal in the Apertura, will be sure to hit the Guadalajara club with deadly pace and speed off counters. Gaining a win over the current title-holders would also be a big statement for the talented Monterrey roster. The big question here for Chivas is if they can survive another match without key injured players.

– Player to watch: Monterrey’s Aviles Hurtado. When Los Rayados will push forward during their counters, Hurtado will more than likely be one of the figures who will be leading the charge.

– Prediction: All signs point to a win for Monterrey. Although Chivas at their best could beat Los Rayados, the Guadalajara squad will probably need more time for starters to fully recover in order to gain a victory. Also, of course, expect plenty of unnecessary shots from distance from Monterrey.

Plenty of people are talking about Lobos BUAP’s Cinderella story, but Necaxa is also worthy of stealing some of that attention as well. Filled with neglected Liga MX talents, Necaxa is exceeding expectations with an undefeated start to the season. As for Leon, manager Javier Torrente must earn a win this weekend. If not, it wouldn’t be surprising if the Argentine was then fired from his job afterwards.

– Player to watch: Necaxa’s Jesus Isijara is one of the more impressive players so far in the Apertura. With his daring and threatening runs on the right wing, the Mexican will likely prove to be a headache for Leon’s defense.

– Prediction: Adios Torrente. With a home-field advantage and a bright start to the tournament, I’m thinking that Necaxa should get a victory against Leon on Saturday.

All eyes on Lobos BUAP. Not only because they are the most exciting team in Liga MX, but also because this will be a good chance to watch the squad that currently doesn’t have a TV contract for home games. Things aren’t nearly as rosy for Pumas. The Mexico City club has collected two losses in a row and has yet to truly impress in the tournament. Nearly all of the hopes of a win for Pumas will land on the shoulders of striker Nicolas Castillo.

– Player to watch: As mentioned earlier, Castillo is the game-changer here for Pumas. No other player will likely have more of an influence on the outcome than the Chilean striker.

– Prediction: It wouldn’t be too much of a shock if Lobos BUAP dominate possession but Pumas are then able to salvage a point with a late goal or two. Thanks to Castillo, I say this ends in a draw.

I’m taking Veracruz’s recent win over Puebla with a grain of salt. Although the team should be applauded for gaining three points, the victory might say more about the poor showing from Puebla. As for Santos, their draws with Lobos BUAP and Tigres shouldn’t be overlooked. Los Guerreros have a balanced and decent roster that is capable of sneaking back into the top eight in the near future.

– Player to watch: We can’t rule out a Veracruz side that also loves to fire numerous desperate shots, which means that Santos goalkeeper Jonathan Orozco will be tested a few times this Sunday. As long as he can deal with Veracruz’s inaccurate chances, Santos should be fine.

– Prediction: Predictions are, well, foolish to make for Liga MX matches. More than likely, I’ll probably get most of these wrong, but if there’s one thing that I feel confident about, it’s that Santos will defeat Veracruz this Sunday night.
Liga MX match of the week

Here’s THE big game of the weekend. While Pachuca is sitting uncomfortably at 17th place, Los Tuzos still have the abilities to make things difficult for Tigres. After a busy summer for key players such as Omar Gonzalez, Raul Lopez, Jorge Hernandez and Erick Gutierrez, Pachuca’s squad should start to show more signs of cohesion by Week 4. Looking over at Tigres, any game involving the most talented team in the Western Hemisphere is a must-watch — especially when you consider that it is a rematch of the 2016-2017 CONCACAF Champions League final.

– Player to watch: Be sure to keep an eye on Tigres’ Enner Valencia. After scoring a hat-trick during Week 1, and then earning a red during Week 2, the Tigres newcomer is bound to do something highly entertaining… or controversial.

– Prediction: With or without Keisuke Honda, I think Pachuca will get one of the more surprising results of the weekend with a draw against Tigres. Let’s see if the talented defensive duo of Gonzalez and Oscar Murillo are able to hold the opposition to a tie.