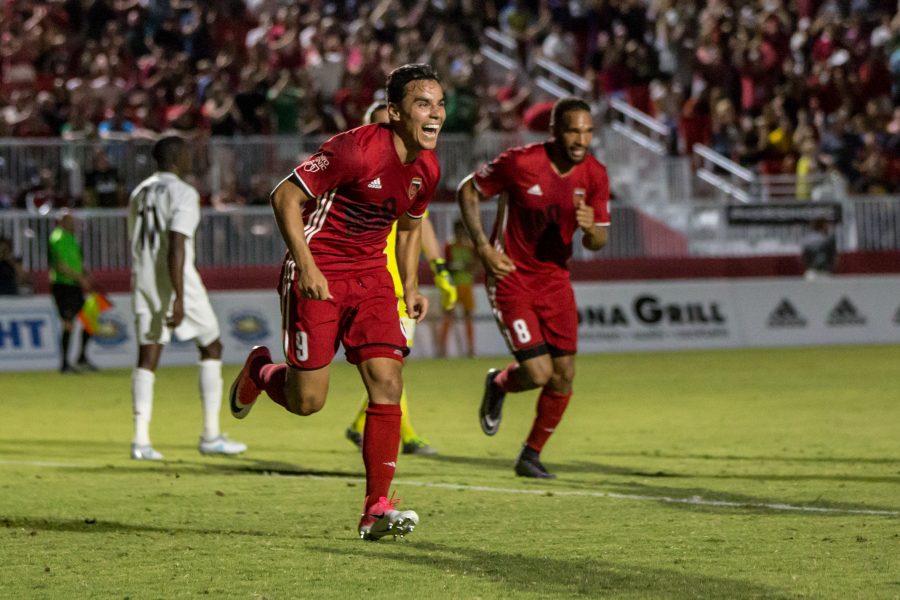 Despite oppressive heat in Scottsdale, Ariz. Saturday night, both Real Monarchs SLC and Phoenix Rising FC put on an impressive and fast-paced performa

Despite oppressive heat in Scottsdale, Ariz. Saturday night, both Real Monarchs SLC and Phoenix Rising FC put on an impressive and fast-paced performance, drawing 1-1 in front of 6,365.  The Monarchs saw their league-best nine-game winning streak come to an end, as Phoenix has now been unbeaten in three matches since the debut of Didier Drogba.

In the third minute, Drogba got the excitement rolling when he shook off a touchy-feely Karsten Hanlin and found Shaun Wright-Phillips who was in on goal, but the pass was a bit too strong and was collected by SLC ‘keeper Conner Sparrow.

Rising would get several more chances in a promising opening span that saw both Victor Vasquez and Omar Bravo test the Real Monarchs backline.

Despite the press from Phoenix early on, SLC showed their own explosiveness when Daniel Haber put the visitors on top in the 12th. Haber was able to slide through traffic in the Rising box and get his foot on the end of a long cross from Demar Phillips.

Bravo had a nice chance whistled offside in the 26th, and his disagreement with the official earned him a yellow card.

The former Chivas superstar would have his redemption shortly though, as the equalizer would come off his boot. Matt Watson and Drogba combined for a lovely ball to the back post that Bravo was able to tap in, just behind a sliding Monarchs defender. The goal was just Bravo’s second as a member of Phoenix Rising FC, and his first in league play.

In the 62nd, Phoenix was fortunate that Monarchs marksman Chandler Hoffman went wide of the post from outside the box. With eight goals already this season, Hoffman has continued to be one of the top scorers of the past four seasons in the USL.

Whether by directive from new head coach Patrice Carteron or the desire to simply withstand the Monarchs’ prolific attack, Rising FC managed to avoid giving second chances to their opponents by clearing the ball out of the back with much more urgency than in matches past. This served Phoenix well down the stretch, but they wouldn’t escape SLC easily.

Real’s Chase Minter nearly took advantage of a miscue by Kody Wakasa in the 82nd minute. Wakasa, who had been having an excellent match, had just made a nice clearance, before finding himself 1v1 with Minter at the byline. Minter made Wakasa whiff on the play, before squaring in front of goal. Phoenix was luckily able to clear the ball from danger.

Bravo let rip a promising cross to Johnson in the 86th, to which Johnson was able to get a head, but no power. Johnson and his ‘mates argued for a handball but no call came.

In stoppage time, Rising FC had several chances from the corner and a free kick by Drogba, but the late-game heroics that delivered wins over Vancouver and OKC earlier this season were not in the script, and the teams had to settle for the draw.