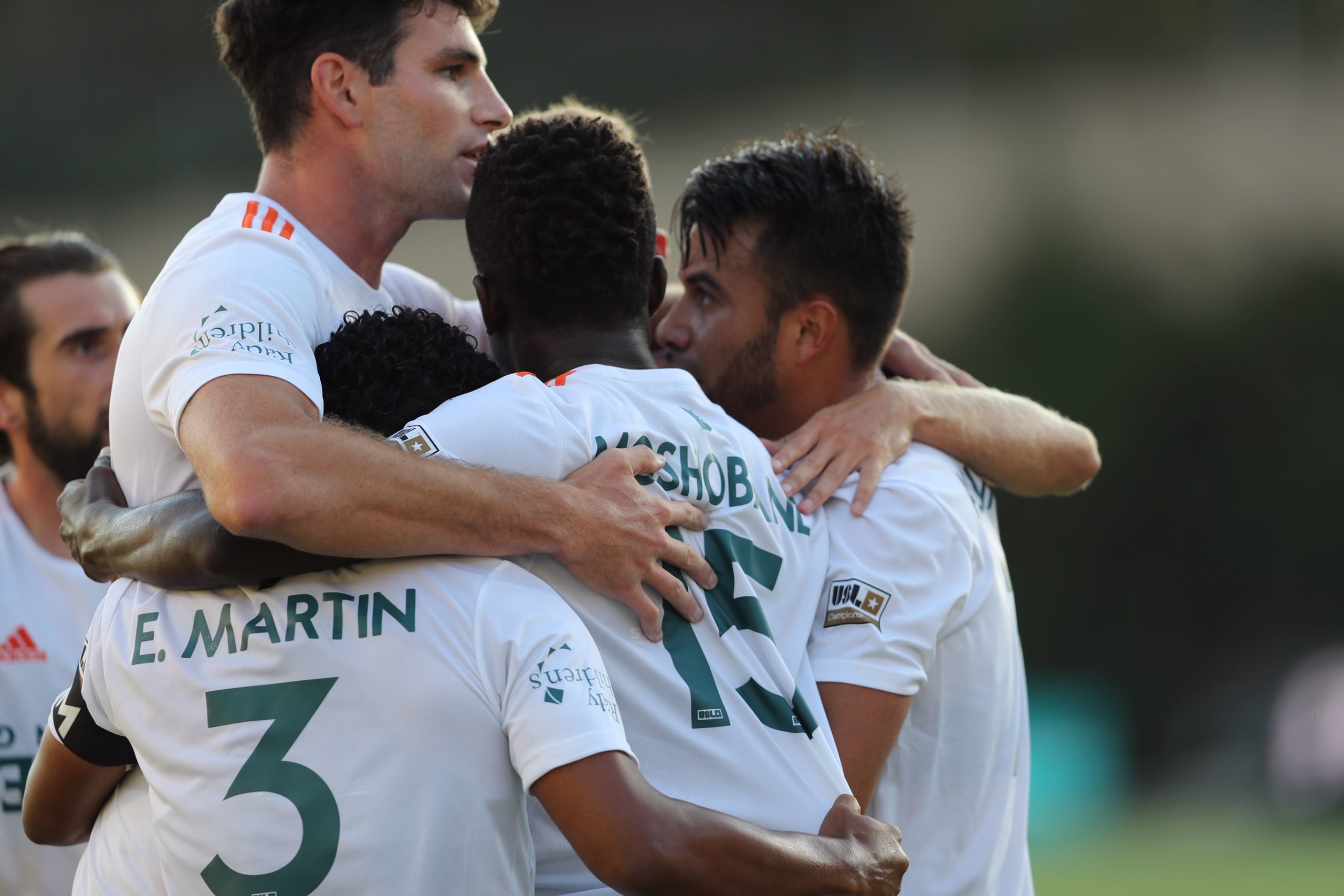 Loyal Earn 2-1 Win to Go Top of Their Group

This rematch of the inaugural home opener with the Las Vegas Lights saw the Loyal put in a solid performance and earn a massive 3 points. They now lead the playoff race at the top of Group B. This result also gave the Loyal their first ever home victory. From the opening whistle the home side was on the front foot and it looked like they had a point to prove. There seemed to be a toughness and attention to detail that wasn’t quite there last week.

The improved midfield play from the Loyal led to more sustained possession early on. They looked the sharper of the two sides and were the aggressor throughout the match. The Loyal were able to create a wonderful passage of play that consisted of 20 consecutive passes. The attacking move lasted well over a minute and saw 9 field players involved in the buildup. The impressive and composed attack was capped of by a beautiful ball from Carlos Alvarez to find the streaking Jack Metcalf on the right wing. Metcalf took a touch and served a curling ball to the far post that was met by the head of Tumi Moshobane. The South African attacker’s close range shot was initially saved. The Las Vegas Lights goalkeeper may have thought he put it out of play but it caromed down off the crossbar and back into play. Starting Forward Ben Spencer leaped to knock in the rebound but it was the quick and reactive Moshobane that followed to head in the well deserved goal.

The Loyal created more chances in the first half but were unable to convert. Just before halftime the Las Vegas Lights had a throw in deep in the Loyal end that led to a handball in the box that was initially waved off by center official, Joseph Salinas. However, the assistant referee waved his flag and after the officials met to discuss, the penalty kick was awarded. Jon Kempin was all over the spot kick saving quickly to his right. The rebound fell for penalty taker, Jose Carrera, and incredibly his follow up shot was smothered again by Kempin. The third attempt on the rebound proved to be too much, though Kempin wasn’t far off from what would have been his third save in succession. Unfortunately, the Loyal had to go into the break with the scoreline even. It must be noted Jon that Kempin has been in incredible form.

After the restart the Loyal continued their balanced play and managed the counterattacks from Las Vegas with little problem. Collin Martin should be applauded for his quality two-way performance. He curled a dangerous ball forward that Alvarez left for Ben Spencer to follow. Though the shot was blocked it was further evidence of the midfield dominance from the Loyal. Francis Attahuene and Irvin Parra were introduced early in the second half to give the Loyal fresh legs up front. It was the SoCal native, Irvin Parra, who pounced on a deflected cross just 4 minutes after entering the match. The Las Vegas Lights failed to react quickly to a throw-in deep in their end. Tumi Moshobane was involved again as he found space inside the left channel to put in the cross that was finished with Irvin’s diving header.

The Loyal held on to get the much needed 3 points. We should remind ourselves that only the top two teams from the Loyal’s group advance to the playoffs. Every match is important and results are imperative to qualify. Vegas will need to climb the standings and have 3 games in hand. This was just their first match back from the break. The Loyal has had 3 matches since the season has resumed and seem well primed for their midweek away game against LA Galaxy II on Wednesday. All eyes on that match in Carson as it will be a battle of the current top two seeds.