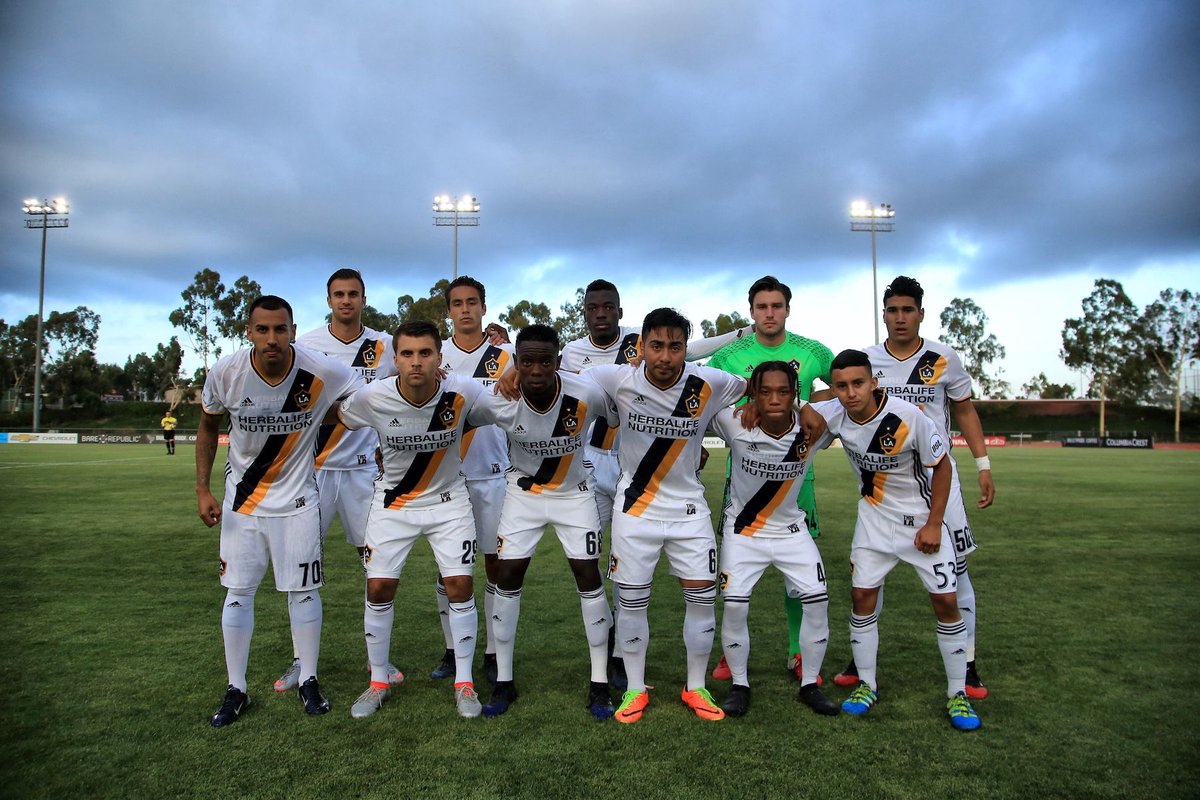 Through 89 minutes, it appeared LA Galaxy II would earn a comeback draw against Colorado Springs Switchbacks FC on Saturday night at StubHub Center, after Justin Dhillon’s bomb tied up the game for the hosts. But it wasn’t to be, as Kevaughn Frater scored his second goal of the game in the 90th minute, giving the visitors a 2-1 win.

Somewhat surprisingly, Mike Munoz opted not to play any LA Galaxy first-team players for the second week in a row. Possibly, that means those players will see action on Wednesday in the U.S. Open Cup against Orange County SC, but time will tell. At any rate, once again Munoz trotted out a very young squad, with the average age of the starting XI being under 20. It does seem like Los Dos will opt to blood these youngsters throughout the season, regardless of the way things are going in the standings.

There were chances on both ends for the teams, and after a fairly even first 45 they entered the break scoreless. After the restart, Colorado Springs looked to be sharper, and grabbed the opening goal in the 65th minute through Frater.

But Dhillon, who has really emerged in the last two months, appeared to give Galaxy II a share of the points with his equalizing goal in the 80th minute. Unlike his previous tallies, the big 22-year-old found space near the top of the box and let fly with a heavy shot that had major power behind it. It was an impressive strike, and while goal scorers will tend to get the attention, even though that position may be the hardest to make the jump up to MLS, it absolutely appears Dhillon is showing he belongs at the professional level.

Alas, the tie wasn’t in the cards, and Frater scored his second goal of the night in the 90th minute for Switchbacks to grab all three points. Given the lack of experience for LA, especially at the back, the Switchbacks had a major advantage on the seasoning side, and that helped tip the scale in their favor on the night.

The result keeps Galaxy II in second-to-last place in the Western Conference, one of just three teams in the USL on single-digit points at this stage in the season. Their next test is a tricky road test, next weekend against Rio Grande Valley FC, but on the bright side they have performed well at times on the road this year. Maybe some hotel living will suit Munoz’s squad as the season approaches the midpoint.

Alicia covers soccer in Los Angeles for SoccerNation.com. Her work is also featured on Angels on Parade and MLSsoccer.com. She lives in Southern California with her husband and daughter.
Newer Post
Opinion: San Diego Must Have the Opportunity to Vote on SoccerCity in 2017
Older Post
Mexico 1 USA 1: Yanks Earn Valiant Point at Azteca