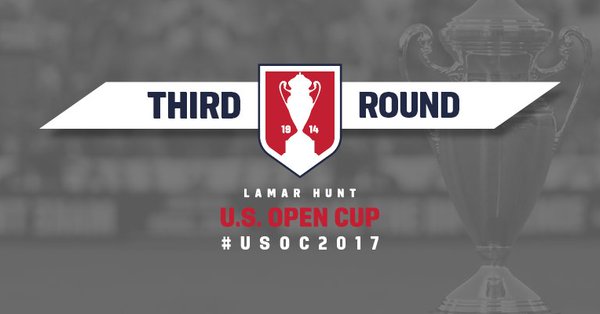 One goal is enough as OCSC advance to fourth round.

The game was a rematch for the teams, who met in the U.S. Open Cup last year, with Wolves prevailing in a penalty shootout in the second round over Orange County. But with new coaches (Eric Wynalda for the Wolves, Logan Pause for OCSC) the teams were quite different and the outcome also different this time around.

Truth be told, throwing out the “amateur vs. pro” angle, this game projected to be a tight affair and that’s how it played out, with both teams getting plenty of looks at goal and lots of flowing soccer punctuated by tough tackles. The teams mostly played in the middle third for much of the first half, with each side having a good chance on target before Meeus, the veteran Belgian defender, showed his wizardry on set pieces by shooting through the wall and beating the LA Wolves goalkeeper in the 42nd minute on a free kick.

Coming directly out of the break, it appeared LA would quickly tie up the game, but a shot clanged off the post and bounced away. Undeterred, the hosts piled forward and pushed Orange County to the brink, with OCSC goalkeeper Charlie Lyon having another terrific performance to seal the needed shutout on the night.

In the end, the game ended in 90 minutes and with Orange County getting the win this time around. The win marks their deepest passage into the U.S. Open Cup in club history, and they’ll get to face MLS opposition in the fourth round, as the final all-SoCal match of the 2017 tournament is scheduled for June 14 at StubHub Center Track and Field Stadium against the LA Galaxy.

The jump up from an amateur side to first-division team is significant, but even with the ample talent in amateur soccer here in the region, LA Wolves played far above their station and several players who featured on Wednesday will likely be signing professional deals before too long. But their hopes for a Cinderella run are over, and Orange County SC live to play another day in the oldest soccer competition in the United States.