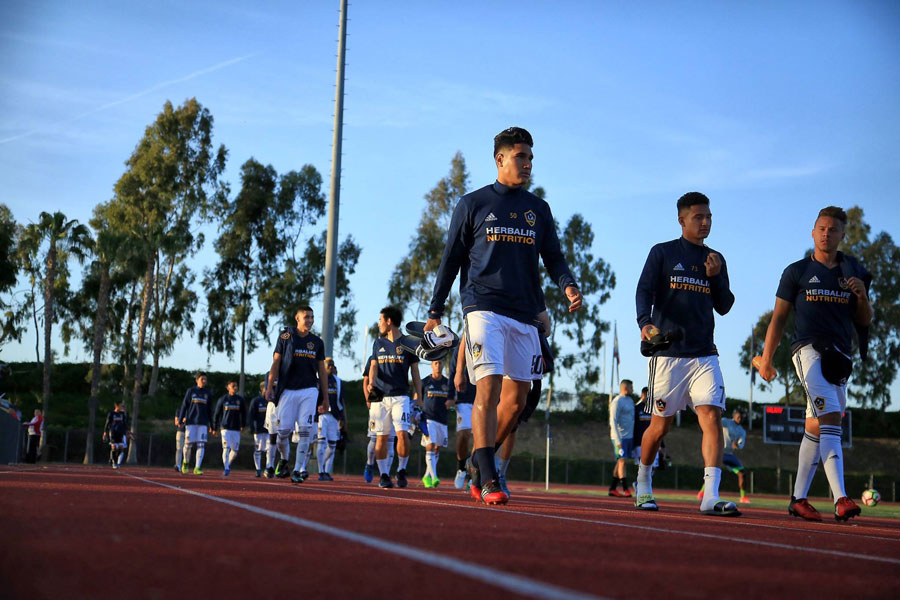 Ethan Zubak's goal a highlight on an otherwise forgettable night.

Seattle Sounders 2 got the hard work done early at StubHub Center on Saturday, as they beat LA Galaxy II 2-1. If you tuned into the game as early as the 15th minute, the fireworks were mostly over, as Sounders 2 scored twice in the first 12 minutes to grab the lead, and then held on for the rest of the match.

The scoring opened in the 7th minute, as Ray Saari set up Felix Chenkam to put the visitors ahead. Saari then grabbed another assist five minutes later to set up Nouhou Tolo’s insurance tally, which turned out to be the winning goal on the night. The Cameroonian duo supplied the firepower, and Tolo was lauded for his performance throughout the match, and S2 were in the position of daring Galaxy II to work their way back into the game.

It did seem like a rally was on at halftime, as Ethan Zubak scored just before the break for LA. But in the second half, both teams struggled to find full traction in attack, and the ball frequently changed hands. Zubak’s breakthrough was not the sign of things to come, as the Galaxy II lost for the third straight game.

As USL’s site notes, this three-game losing skid matches the team-worst record in its history, matched twice in 2015. It is of course early in the season, but the results have put the team near the bottom of the Western Conference table, in 12th place out of 15 teams. Is this season going to be different (in a bad way) for LA in USL? Are the struggles that often plague MLS2 teams on the horizon for Mike Munoz’s side?

Only time will tell, but the next game will be particularly interesting, as LA host Orange County SC in the first 405 Derby of 2017 on Saturday night. Rivalry matches often bring out the best (and worst) in teams, so we’ll see how that shakes out next weekend.