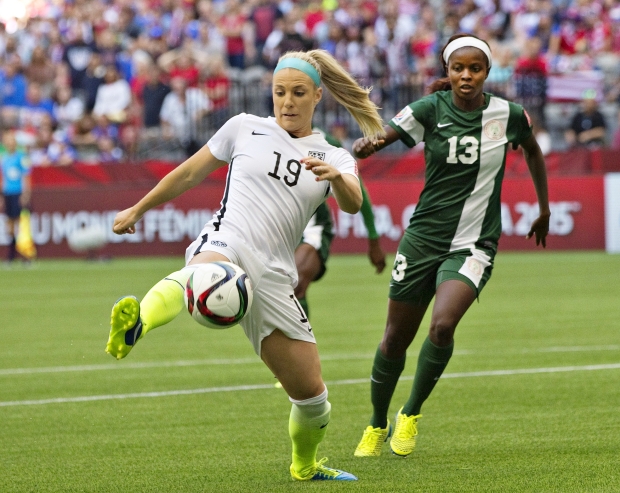 During the group stage match in which the United States faced Nigeria, the US needed a win in order to ensure that they were going to top their group table. Nigeria needed a win from the match to keep their World Cup hopes alive. Abby Wambach broke the stalemate in the 45’ minute and the match ended 1-0. The star of the game wasn’t the usual Wambach, or Rapinoe, or Morgan, though, it was Julie Johnston. She played with SC del Sol from the age of 11 to 14. Johnston was named player of the match against Nigeria and her stock has grown from then on. A couple months ago, Johnston was not even favored to make the World Cup team but according to her former SC del Sol coach, Paul Lester who was interviewed by 3TV News, “Julie’s attitude is what made her successful.” Johnston is a good reminder that hard work and determination are just as vital as talent to make it to the next level. Good luck to Johnston and the rest of the US squad on bringing the trophy back home!