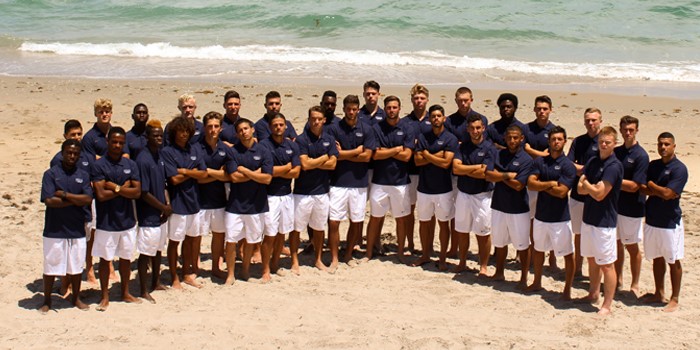 Palm Beach Atlantic University in West Palm Beach, Florida, has been ranked in the top 10 Men’s NCAA DII and the top 50 across all of NCAA for the past two seasons (according to Massey Rankings). Coach Brian “Mac” McMahon has been at the helm of the program for those two seasons, leading the Sailfish to back-to-back NCAA tournament appearances.

Coach Mac has intentionally filled his roster with mostly international players.  Out of a roster of thirty players, eighteen are internationals.

We asked Coach Mac about his international recruiting and how American players can compete for roster spots.

SoccerNation: What qualities do you see in international players that are less common in American recruits?

SoccerNation: If an American player gets on your radar, would it be easier for him to show you that he’s “bucking the trend” by attending one of your ID camps on campus?

Coach Mac: ID camps are tricky. Honestly, I know some college programs run ID camps simply as money makers for their assistant coaches and hardly give recruits time or adequate evaluation while attending the camp. Personally, I run our ID camp the same way that we train our PBA team. My staff is all there, and some players, too, working with each player. That really helps give a realistic assessment of each player that attends.

SoccerNation: Individually, what can a prospective college soccer player do to show you that he is going to be a great addition to your squad? What qualities should he work on during his high school years to best compete against international recruits?

Coach Mac: There is no substitute for personal contact and interest specifically in our program. Academics, of course, are also very important. Last year alone I was contacted by over 1,200 recruits by email and phone calls. Each of those players had interest in PBA soccer. In one day alone in December, I had 43 different emails from different recruits expressing interest in PBA.

The trick is trying to identify which of those recruits specifically understand and know our program. We have a great soccer program, we are nationally ranked, and we are in a beautiful location, and those are big draws for recruits.  When a player shows that he knows a lot about my program and the school besides the reputation and location, that really helps.

SoccerNation: If you had a captive audience of American parents and club coaches who are upset with the trend towards international soccer recruiting, what would you tell them?

Coach Mac: Unfortunately the pay-to-play American Club system is flawed. As long as parents are paying for club soccer then politics come into decision making and parents feel entitled to what they feel they should get back from a university for all the money and time spent over the years with club soccer for their son or daughter. Ultimately, the majority of college players in this country will not go pro so parents should be open to various types of schools and what they should look for in a university.

I see most parents feeling that DI soccer is the ultimate and best level of college soccer in the country and that’s simply not true. Every division has some very good level teams and the key is for a parents and recruit to find their fit of where they belong and ultimately to have a great experience through their collegiate years playing soccer. 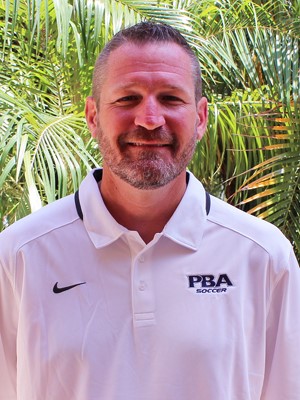