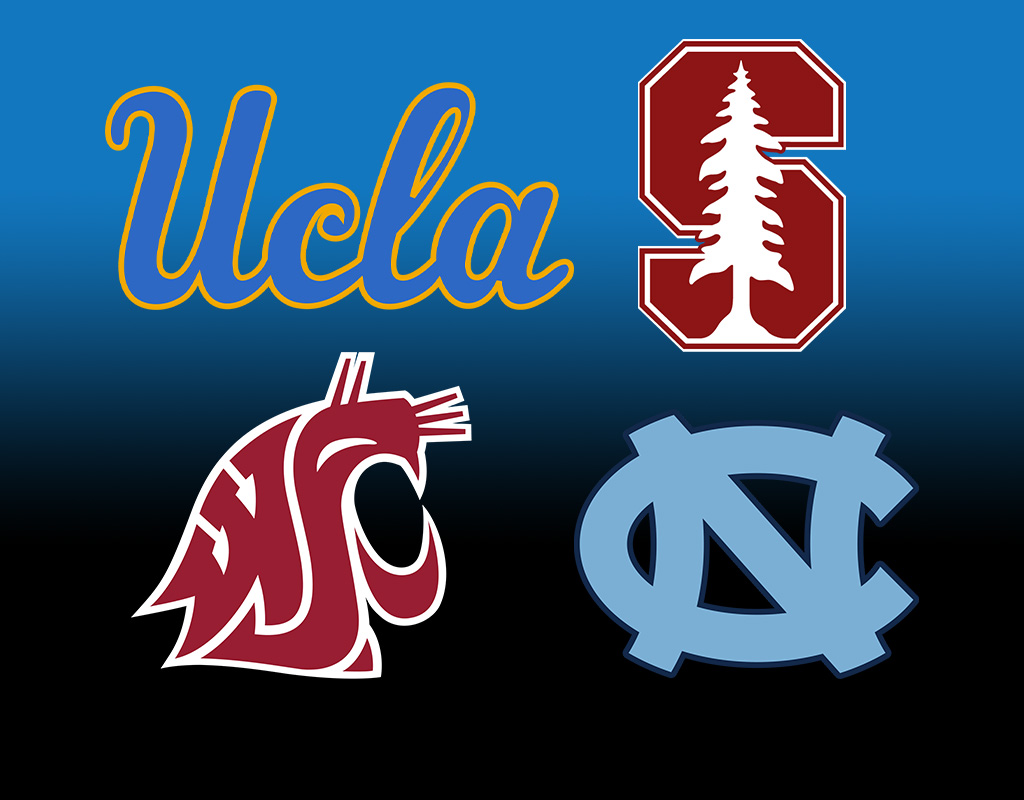 And then there were four.

Stanford, UCLA, Washington State, and North Carolina make up the NCAA Division One Women’s Soccer Final Four. I spent some time looking through the rosters for all four teams, and what I found may surprise someone who thinks there is only one route, or maybe two, to the top of women’s soccer in America.

But first, a little story about a rock shaped like a potato chip

SoccerNation is based in San Diego. In our north county, there’s a popular hiking destination called “Potato Chip Rock.” Scores of people climb this hill every week. At the top of the trail, hikers can scamper up to pose for photos on a sliver of rock that looks like a potato chip jutting out into the sky.

Here’s the reason I’m telling you about this: There are lots of ways to get to Potato Chip Rock. There’s one trail that is steep, but paved, and begins a little ways up from the bottom of the hill on the eastern side of Mt. Woodson. There’s another trail that starts at a lower elevation on the western side. That second trail is a longer distance, not paved, but not as steep as the first trail. There are also other trails that take a more winding out of the way path to the same awesome destination of Potato Chip Rock.

There are lots of paths, and they all end up at the same spot. Everyone gets to take their photo on Potato Chip Rock no matter which path was taken. I’ve even been known to playfully argue with fellow hikers that some paths are easier or harder than others. The fact is that they all take effort. None are easy. Every path requires climbing, stamina, and a will to get to the top. Also, no matter which path is taken, it’s a lot more fun with friends.

The same holds true for the Final Four soccer rosters. Different paths can get you to the same awesome destination.

DA and ECNL are both well represented:

The marketing image that the NCAA released to promote the Final Four boasts two players from Surf Soccer Club. Both players were part of the US Soccer Development Academy. That’s impressive, no doubt.

#DevelopedHere – TWO of our #SurfAlumni are featured for the Final 4! These two go head to head on Dec.6! #SurfPROUD #SurfDeveloped

ECNL recently released their College Impact report, and the numbers are impressive. In the “Power 5” conferences, ECNL alumni make up 62% of the rostered players. At the NCAA Final Four, there will be 75 ECNL alumni on the four rosters:

The stage is set and the numbers are in! ECNL alums are taking the 2019 Women’s College Cup by absolute storm and we’ll have 75 (yes 75, you heard that right!) ECNL alums playing in San Jose at the Final Four. We are honored to have had such amazing talents play in this league and we thank you for setting the standard in women’s soccer. #MoreThanALeague Did you know: Of the four teams (UCLA, UNC, Stanford and WSU) that made it to the Final Four, ECNL alums accounted for 77% of all combined goals scored and 82% of all combined assists? #LeadersPlayHere To read the full ECNL College Impact, clock the link in our bio or go to https://bit.ly/2Yno049!

“When ECNL teams play each other, they’re facing high-level teams with diverse styles, instead of just one nation-wide system.”

I spoke Christian Lavers, ECNL president, about the ECNL’s impact on college soccer. He told me, “The human body is a complex system. Sports are a complex system.  Player development itself is complex and non-linear. There is no ‘ECNL’ style of play.  Every club in our league has a unique philosophy, culture, and process – just like every player is unique in their ability, strengths, and weaknesses.  Facing different styles and philosophies of play from each of the 96 teams in every ECNL age group prepares these players really well to thrive on their college teams and beyond.  That is reflected with the huge number of ECNL alums, from so many different clubs, in the Power 5 and now in the College Cup.”

US Youth Soccer, ODP, ECNL, DA. They’re all in the Final Four.

I took a deeper look through the teams’ rosters. Of course, every team in the Final Four has players who played in the USSDA. The ECNL is also heavily represented. Every Final Four team has multiple players who competed in the ECNL through their youth years.

But all of these Final Four teams also have players from US Youth Soccer teams as well. They competed CRL, National League, and National Cup through their youth careers. There are players who were part of their regional ODP (Olympic Development Program).

Just like Potato Chip Rock: lots of different paths can get you to the same spot. Arguments can be made of which path is better, worse, harder, easier, but the end result is the same:

If you put in the work, you can get to the same awesome destination with your friends and teammates.

From all of us at SoccerNation, best of luck to everyone competing in the NCAA Final Four this weekend in Santa Clara!

Finally, here are the teams’ rosters, if you’d like to browse through them yourself: