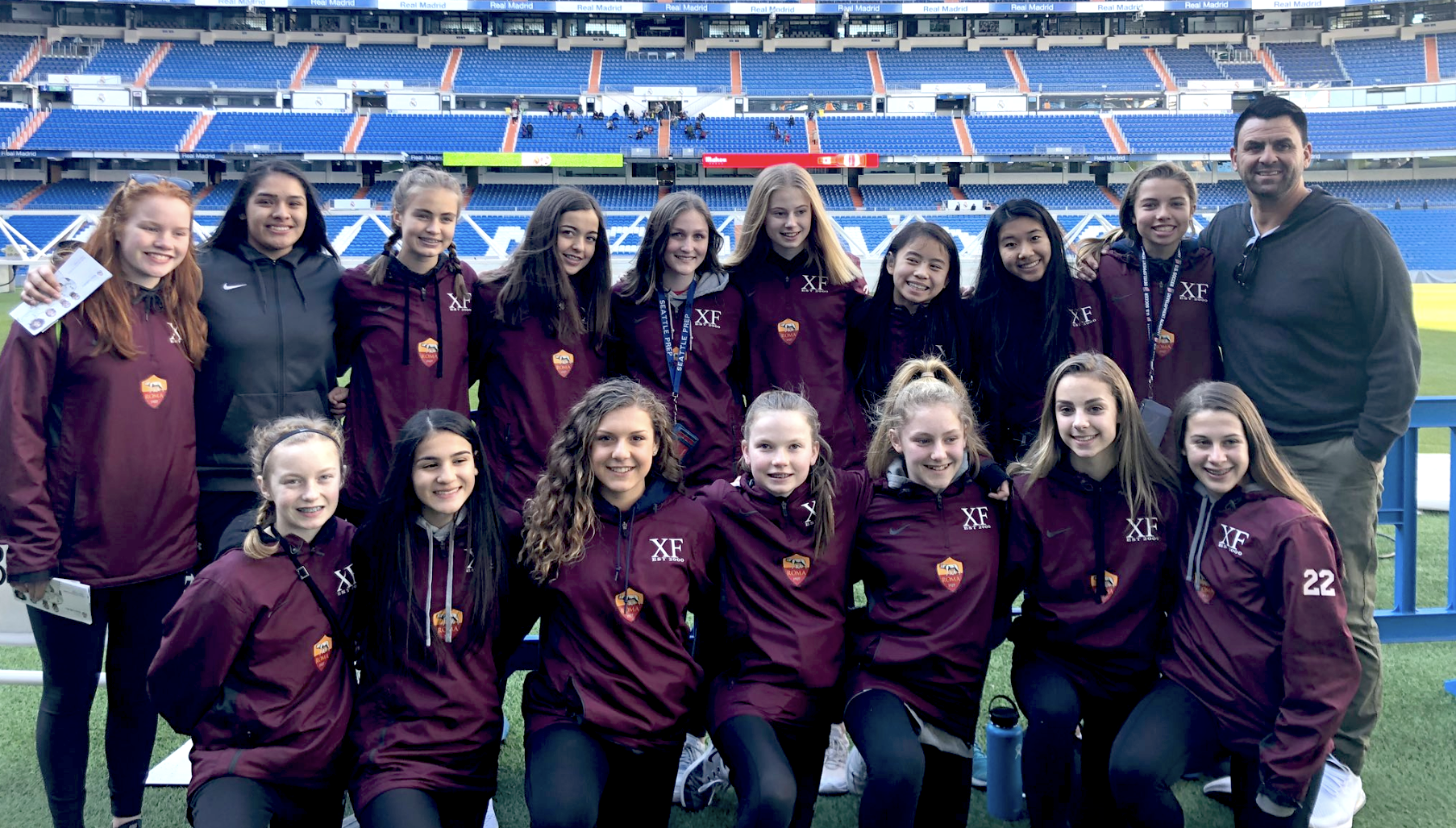 How do they do it? Crossfire Premier Fully Funds Their Top DA Teams

Among the landscape of US Soccer Development Academy programs, non-MLS clubs are constantly struggling to compete with professional clubs that fully fund their DA programs. Most (not all) MLS Development Academy teams are fully funded by the parent club, meaning their DA players have no out-of-pocket costs. Travel. Club fees. Coaching fees. Food. Uniforms. Even cleats. All are provided free-of-charge to players. This leaves non-MLS clubs trying to find ways to help their families with costs and field top-quality teams that will compete at the Development Academy level.

Crossfire Premier is such a club. Headquartered mere miles from the Seattle Sounders and Reign FC, Crossfire has not only stayed competitive, but they have thrived alongside their rivals’ professionally-backed Development Academies. Thus far in the 2018-2019 DA regular season, the Crossfire Premier DA teams have a record of 4 Wins, 2 Losses, and 5 Ties against local rivals Sounders and Reign Academy (Reign FC, Seattle’s women’s professional team). Historically, Crossfire Premier boys DA teams have more wins than losses MLS teams, and the U19s have made the DA quarter-finals the last two years. Last year’s BU19 was also the highest scoring team in USSDA league history. USSDA schedule & results can be found here.

How does Crossfire fund their DA?

To learn more about Crossfire Premier, I reached out to Bernie James, Director of Coaching at Crossfire Premier. Many clubs do not have the backing of local professional teams. Because of this, I wanted to know how Crossfire Premier has accomplished their success and their funding, since the two go hand-in-hand.

SN: Thanks for taking the time to talk! I’d love to know how you’ve remained so competitive when you’re surrounded by fully funded DA teams.
James: No problem. We are very proud of what we’ve done, and our success is because everyone in our organization is in it for the right reasons. Everyone at Crossfire loves helping players reach the highest levels they can. We are not in it for the money, that’s for sure. Our top teams in the older DA divisions are fully funded. Travel, food, fees, we cover it all for the players.

“We have paid out over $4million for our DA programs.”

SN: That sounds extremely expensive. How do you do it?
James: You’re right. It’s very expensive. As a result, we have paid out over four million dollars for our DA programs. All a player has to pay for his his or her uniform kit, and that’s about $350. And if a player isn’t able to pay that, we’ll find a way to help that player, too. It all adds up, but everyone in the club, top to bottom, is on board. We work with great jersey sponsors, that’s a big part of our funding. We run quite a few very successful tournaments throughout the year. They are very popular, and a lot of our funding comes from that. We do not outsource our tournament management so that we can keep more of the funds to help our players. That puts a big burden on our staff and volunteers, but we know it’s worth the time and effort. We also have other fundraisers like our auction every year, and the entire Crossfire community comes out to make that a huge success. Because of all these [funding sources], our Crossfire Foundation is able to fully fund those top older DA teams every year. It’s an impressive feat that we are very proud of. Definitely a group effort.

“…something to strive for”

SN: Do the non-DA and younger Crossfire Select teams also help fund the DA?
James: No. The fully-funded DA teams [olders, boys and girls], are all funded by our Crossfire Foundation fundraising. For all of the other teams, running the club itself isn’t cheap, of course. Our coaches are all professional, but we are all in it for the right reasons. They need to be paid, but we have all bought into the Crossfire focus on GIVING BACK, so you won’t see any coaches living luxurious lifestyles or driving fancy cars. We have eighty-five competitive teams inside Crossfire Premier. All of those families see the fully-funded top teams and know they have something to strive for. It truly is a family. If any player makes one of our rosters and comes to us explaining why they can’t afford the team’s fees, we will ALWAYS work with that family to make sure they can play. ALWAYS.

SN: Thanks so much. I know you’re busy, so I’ll let you go. But fair warning: I may come back for more! I know SoccerNation readers will want to know more about Crossfire.
James: You’re welcome. Any time. See you in Oceanside in a few months [at the DA playoffs]!