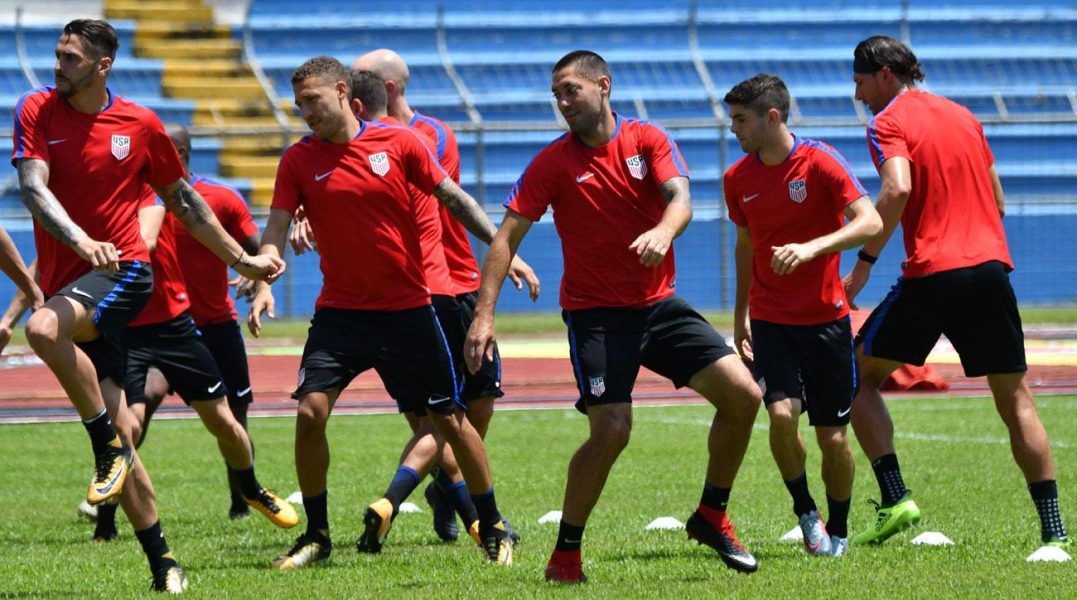 Honduras vs. USA: Dempsey and Pulisic hold the keys in San Pedro Sula

The last time the United States Men’s National Team played Honduras, there was angst in the air. With the U.S. losing their opening two CONCACAF Hexagonal World Cup Qualifying fixtures to Mexico and Costa Rica, thus completing the final chapter of Jurgen Klinsmann’s rocky reign as manager, the fear of missing out on Russia 2018 possessed a concerning amount of legitimacy.

Some were hesitant to call that match (the first competitive fixture of the second Bruce Arena era) a “must-win”. After all, it was only the third of ten matches in the hex. Others had no qualms in piling pressure onto American shoulders, demanding all three points and a comprehensive performance against Los Catrachos.

What the U.S. proceeded to produce on the pitch of Avaya Stadium in San Jose was nothing short of spectacular, a 6-0 win that saw Clint Dempsey and Christian Pulisic (34 and 18 years old respectively) link up for a combined four goals and three assists on the night. Michael Bradley rediscovered his holding midfield prowess and scored an absolute peach of a goal from long-range with his left foot. The backline was tight and organized. The U.S. fans inside the ground and watching around the country were ecstatic. Bruce Arena looked well on his way to pulling the Yanks out of the muck.

Flash forward from late March to early September, and a hexagonal showdown with none other than Honduras has that one particular phrase being tossed around yet again. After their struggles against Costa Rica and with the table in its current form, are the Americans in a must-win situation in San Pedro Sula?

With three matches to go in the hex, including Tuesday’s fixture, and with the U.S. in third place on 8 points, ahead of Los Catrachos only on goal difference, and with Panama just behind in fifth place with 7 points, let’s just say that a win would go a very long way in easing the tension around the American Soccer landscape.

If the U.S. were to lose against Honduras on Tuesday afternoon and Panama were to win at home to last place Trinidad and Tobago later in the night, the U.S. would be on the outside looking in for qualification to next summer’s World Cup. A draw for the U.S. combined with a Panama win would see the Americans occupying the fourth place spot, with the realistic prospect of a home-and-home playoff with the fifth place side from the Asian Football Confederation taking place in November.

It’s sure to be hot and humid in San Pedro Sula on Tuesday, a forecast high of 91 degrees with a 50 percent chance of thunderstorms right around kickoff. Honduras scheduled this match to take place in the daytime, the same way they did in 2013 when they beat Klinsmann’s U.S. side 2-1 on the road to the World Cup in Brazil.

Will the kickoff time be used as an excuse for another poor U.S. showing? Or will it be a moot point amid some quality late afternoon delight?

As for the men on the pitch and the actual soccer being played, there are quite a few storylines to keep an eye on when the opening whistle blows. Who will start in the center of the defense after the frightening form of the Geoff Cameron / Tim Ream partnership against the Ticos?

Where will Michael Bradley spend the majority of his time on the pitch?

Is Graham Zusi really the best option at right-back?

Howard or Guzan in goal?

Will a MLS based forward make a mockery of the U.S. backline, much in the same fashion as San Jose Earthquakes striker Marco Ureña did for Costa Rica on Friday? Alberth Elis is in top form, the 21 year-old Houston Dynamo man scoring the winner for Honduras against Trinidad and Tobago on Friday. He’s got bags of pace and deadly finishing ability, fitting for a man affectionately known as “the panther”.

What about the American duo that gave Los Catrachos fits in March? Ponder this:

The Tenacious Tandem: Dempsey and Pulisic must play together. 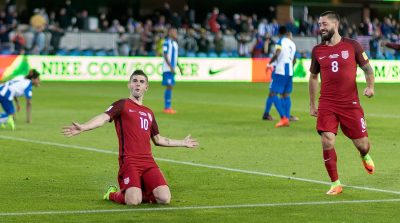 Pulisic and Dempsey celebrating after the Borussia Dortmund star scored just fifteen seconds into the second half against Honduras in March.

When Clint Dempsey scored his first goal for the United States, Christian Pulisic was 6 years old. When the two players took to the pitch of Avaya Stadium in March against Honduras, they looked like they’d played together since that time. There was a brand of cohesion and telepathy between Dempsey and Pulisic that night rarely seen within this national team. Dempsey scored a hat-trick, two of the goals assisted by his 18-year-old teammate. Pulisic notched three assists in total, in addition to scoring an outstanding goal of his own.

On a night when everything and more went right for the U.S. team, it was the creative tandem that stole the show. In a 1-1 draw with Panama days later, Pulisic again assisted Dempsey for the lone American goal.

We didn’t get a real chance to see that telepathy and cohesion against Costa Rica, with Dempsey reduced to a “super-sub” role by Arena, in addition to Pulisic being subbed off in the late stages of the match.

Dempsey needs to start against Honduras. The team needs a spark. The team needs added emotional leadership. The team needs some swagger and a willingness to take risks. With Jozy Altidore suspended for this clash due to yellow card accumulation, Dempsey could very well slot in as a classic striker.

Pulisic needs to be given the freedom to roam. Against Honduras in March, the young star was all over the park, weaving about the field of play like a hummingbird from flower to flower. Against Costa Rica on Friday, Pulisic was isolated on the right flank, bossed out of the game for large spells and unable to connect meaningfully with any of his teammates. He looked unwilling to give up the ball at times, perhaps due in part to a lack of trust of the other nine American outfield players who pale in comparison to the skill level he is used to being around at Borussia Dortmund. He had not an inkling of that attitude when linking up with Dempsey the last time the U.S. played Honduras, showing a level of audacity that very much mirrored that of the Texan himself.

Allowing Pulisic to play more centrally and have the ability to create from multiple angles will give the U.S. a better chance of winning in San Pedro Sula.

Plain and simple, Dempsey and Pulisic playing together for as much time as possible will be good for the American cause in this “must-win” game, or whatever the heck we’re calling it.

(Stay tuned to SoccerNation.com, powered by soccerloco, and follow @Soccer_Nation on Twitter for continued coverage of the United States Men’s National Team and the Road to Russia 2018.)

Newer Post
Costa Rica 1-1 Mexico: After gaining an away point, El Tri remains at the top of the Hex
Older Post
Costa Rica vs Mexico preview: After qualifying for the World Cup, El Tri still has work left to do