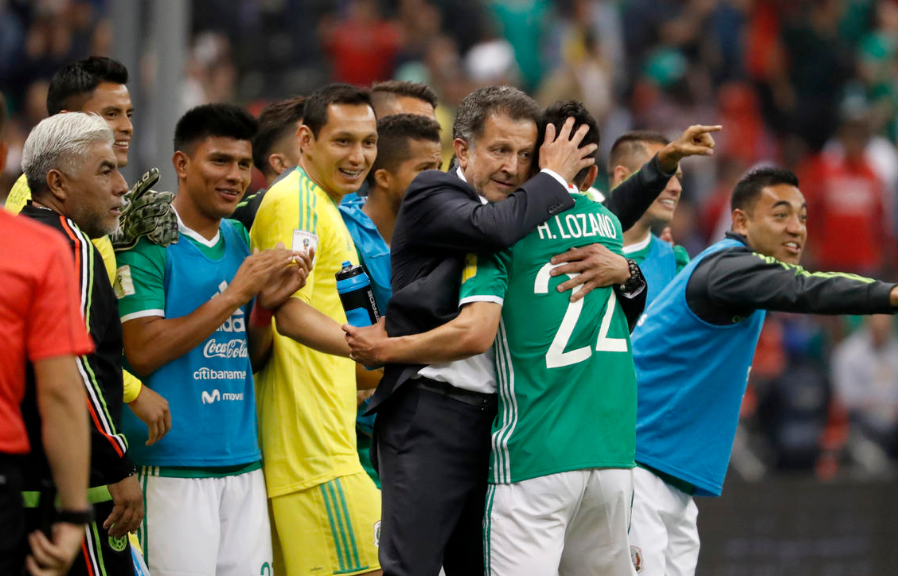 Mexico vs the United States preview: Can El Tri earn a second win in a row over the USMNT?

With four victories and 13 points over five matches, El Tri is dominating CONCACAF’s Hexagonal. Whether it be due to the influence of manager Juan Carlos Osorio, the impressive depth of Mexico’s squad, or a mixture of the two, El Tri is on the cusp of securing an early spot for next summer’s World Cup.

On Sunday, Mexico will aim to move one step closer to Russia 2018 when the national team hosts the United States at the Estadio Azteca. However, considering the fact that there will be several noteworthy missing options for El Tri, this weekend’s rivalry clash might be more difficult than expected.

Following Thursday’s 3-0 win for Mexico over Honduras, Osorio stated to TV Azteca that Rafael Marquez, Miguel Layun and Andres Guardado would be unavailable for Sunday’s game. Coupled with other absences for Jesus “Tecatito” Corona and Nestor Araujo, El Tri will now be missing five key players against the United States.

Will these roster vacancies be enough to hurt Mexico?

That’s the big question going into the match, but considering the depth that El Tri has, Osorio should be able to find the right components to at least hold the opposition to a draw.

Of course, that is all only in theory.

The United States will be hungry for vengeance after what happened in the previous encounter, and with an in-form name like Christian Pulisic in the roster, Mexico must be cautious of a surprise result.

Edit: Following late roster news for Mexico on Saturday night, changes have been made to the original article.

Key to success for Mexico — Maintain organization in defense

Defense is rarely a worry for El Tri in World Cup qualifying. Especially in a home match at the Azteca, most opponents strive for a practical and pragmatic approach that typically seeks to frustrate Mexico by parking the bus.

The USMNT is a different story.

Despite the 2-1 victory over the United States last October in Columbus, there is no reason why Mexico should take its rival lightly this weekend. Unlike other CONCACAF teams, the USMNT won’t be afraid to attack and pressure El Tri if necessary.

Although Mexico is expected to dominate possession, Osorio must keep his backline organized against potentially quick and dangerous counters. As mentioned beforehand, a name such as Pulisic will likely be a headache with his pace and dribbling in the attack.

It’s also important to keep in mind that Mexico’s backline will be missing key players. Without Marquez or Layun, Osorio will have the unenviable task of figuring out which backup options will be able to take charge of El Tri’s defense.

In recent months, Dos Santos has emerged as Mexico’s most skilled and accurate distributor in the midfield. As a constant source of highly accurate and intelligent passing, it’s no surprise that the Villarreal player once trained in Barcelona’s La Masia for several years.

Although his passing is perhaps his most admirable trait, Dos Santos is just as effective with his defensive abilities that allow him to control the midfield through his tackles and interceptions.

If the 27-year-old is able to boss the midfield and help stifle any attacking movement from the opposition, El Tri will have an excellent chance of walking away with a victory.

If El Tri had all of its starters available, it would be much easier to say that Mexico will gain a win on Sunday. Even without those names, I’m still tempted to predict a narrow victory for El Tri, but will go ahead and say that this weekend’s highly-anticipated match will end in a hard fought draw.

Without a number of key players, it will be interesting to see which options Osorio will utilize against the United States. In spite of the fact that it is extremely difficult to predict what Osorio will do, here’s what I’m thinking we might see. 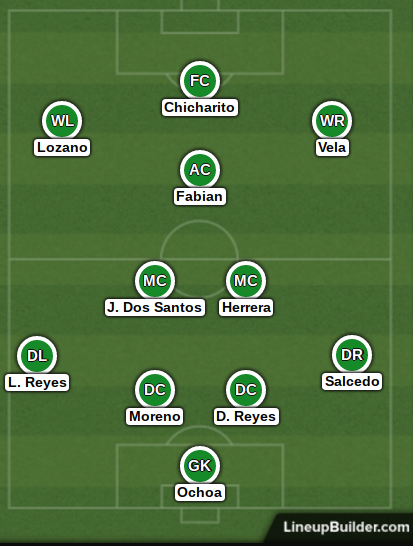