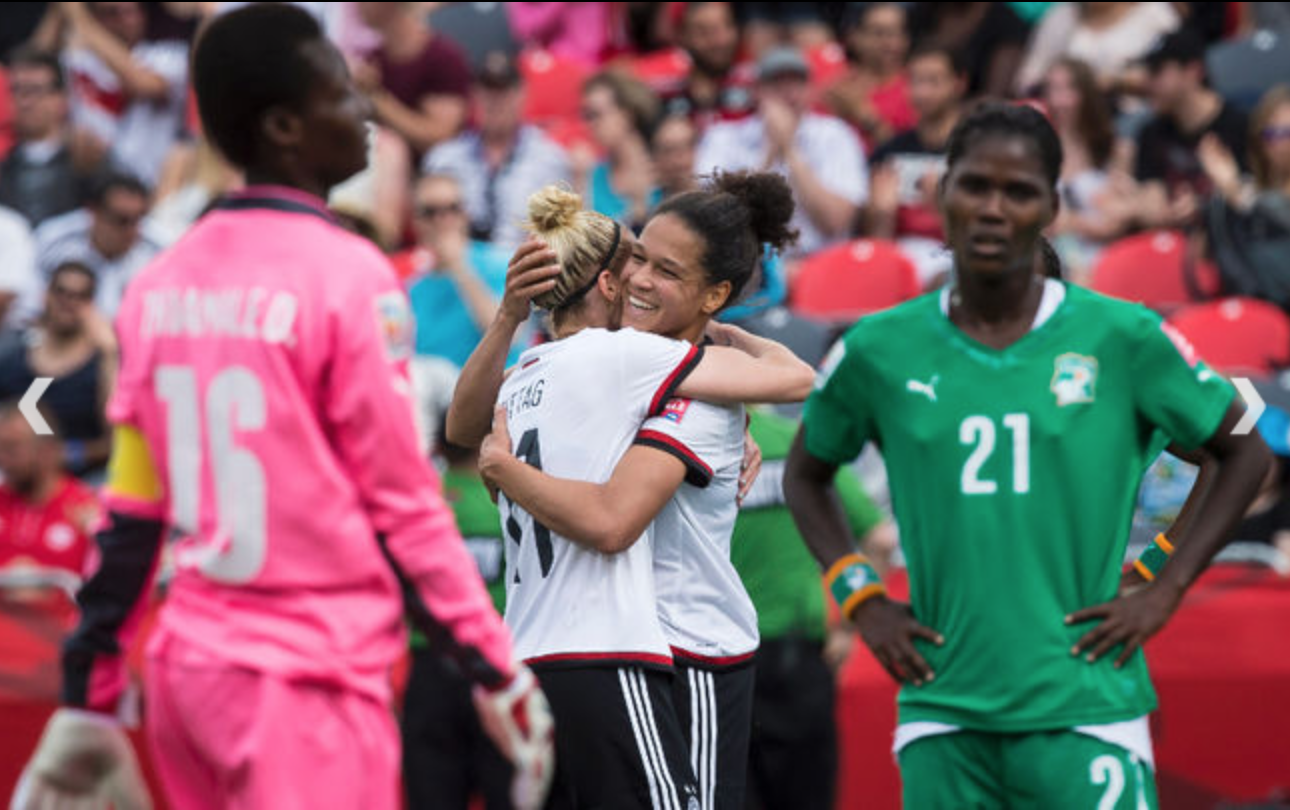 Germany and Ivory Coast: Why the 10-0 happened

This was a harsh hit for Ivory Coast, as the Ivorians made their World Cup debut. Germany won this tournament twice already and are currently ranked number 1 in the world by FIFA. Coincidently, Germany holds the record for the largest win of 11-0 against Argentina in 2011, with the 10-0 against Ivory Coast as the second greatest margin of victoryn.

It is definitely important to mention that Germany is ranked 1st in the FIFA ranking while Ivory Coast is ranked 67th. Germany comes into the tournament as one of the favorites to win the tittle, as they won all of their qualifying matches with an amazing record. 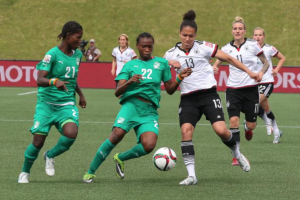 Celia Sasic with another record breaker for the Germans

Celia Sasic, the German forward who scored 3 goals within 31 minutes of the first half, broke the record for the quickest hat trick in the tournament history. However, she was not the only one to get a hat trick, as Anja Mittag notched her third goal as well in the 64th minute.

It was a tough match for the Africans, as they got frustrated and started making too many fouls, 29 to be exact and 6 yellow cards. As the goals started coming, the African team got tired and let the German even more space to score 5 more goals in the last 25 minutes.

Both teams need to move on from this match thinking about what’s ahead of them. Ivory Coast is not eliminated yet as they can still move on if they finish third place in the group phase. The Ivorians will now face Thailand, with a chance to redeem themselves and move on to the next round. On the other side, Germany, who is now leading the group, moves on to face Norway, definitely a much tougher opponent. The Norwegians are another very good European team, and they did win 4-0 against Thailand. This game should decide who will end up in first and second place in group B.

This year the FIFA Women’s World Cup has 24 teams participating instead of 16, and that it is an encouragement for the evolution of the sport. Of course there will be discrepancy in some matches like the Germany and Ivory Coast one, but this will serve as experience for these small and inexperience team to get encouraged to come back better next time. Even though Ivory Coast was the inferior team on the field, they showed a lot of passion, determination, and perseverance until the end of the game. The main issue was the lack of experience, and that is a much deeper problem that many other teams face.

What happens is that in Europe and North America, women’s soccer is light-years ahead compared with Africa and South America, not only because of their structure, investment, and leagues but also because of much better acceptance of the female side of the sport from society. Unfortunately, in many countries, soccer is still a men’s sport, and those are the countries that don’t give as much attention to the women. A lot of the players from European and North American countries are able to live from the sport, while the majority of the players from other countries need to have second or even third jobs, and are not able to focus 100% on the sport. That is a huge problem and there is still a lot to be done about it.

Hopefully in the future we can see more women’s teams playing at a top-level, with all support they need, and help the sport continue evolving.