The first ever FCBEscola Soccer Academy is coming to San Diego via a unique partnership with San Diego Unified School District. The school district will serve as the home to FC Barcelona’s FCBEscola headquarters on the West Coast and is the first organization in the West to forge a collaboration of this magnitude with the La Liga giants FC Barcelona.

The partnership will provide free, one-of-a-kind monthly soccer youth development clinics, as well as a tuition-based soccer academy program. The district’s students will enjoy an exclusive opportunity to attend the free clinics and for those interested, a reduced fee to attend the year-round soccer academy will also be offered. The tuition-based academy will be open to all members of the San Diego community. Both the clinics and the academy will begin in Fall 2017.

This program is open to boys and girls ages 6-16 who will learn the methodology, style of play and values that have made FC Barcelona one of the world’s most famous and successful clubs. Home to Lionel Messi, Andres Iniesta, Neymar Jr, Luis Suarez and more world class stars, Barcelona is perhaps the finest example of a club whose philosophy permeates every level of the organization, all the way down to the Escola schools where the club’s youngest players are groomed.

“For us, this is great news,” added Franc Carbo, director of FCBEscola. “We will be able to provide a comprehensive soccer development program targeted toward youth, all the while continuing to leverage our social approach by instilling our values and methodologies to San Diego Unified School District students and the youth community in San Diego.¨

FC Barcelona currently has a total of 27 active FCBEscolas, more than 170 campuses and 50 clinics, with a presence in over 40 countries across five continents with more than 40,000 children taking part in the different activities that it promotes. United States, for the first time, will become the country with the biggest presence of the project from September, with the opening of schools in Austin, Chicago, San Diego and Virginia. Inaugurations are also being planned for schools in Haikou and Chengdu, China, in Austin and Virginia, United States, in Bogotá, Colombia and also in Sydney and Brisbane, Australia. 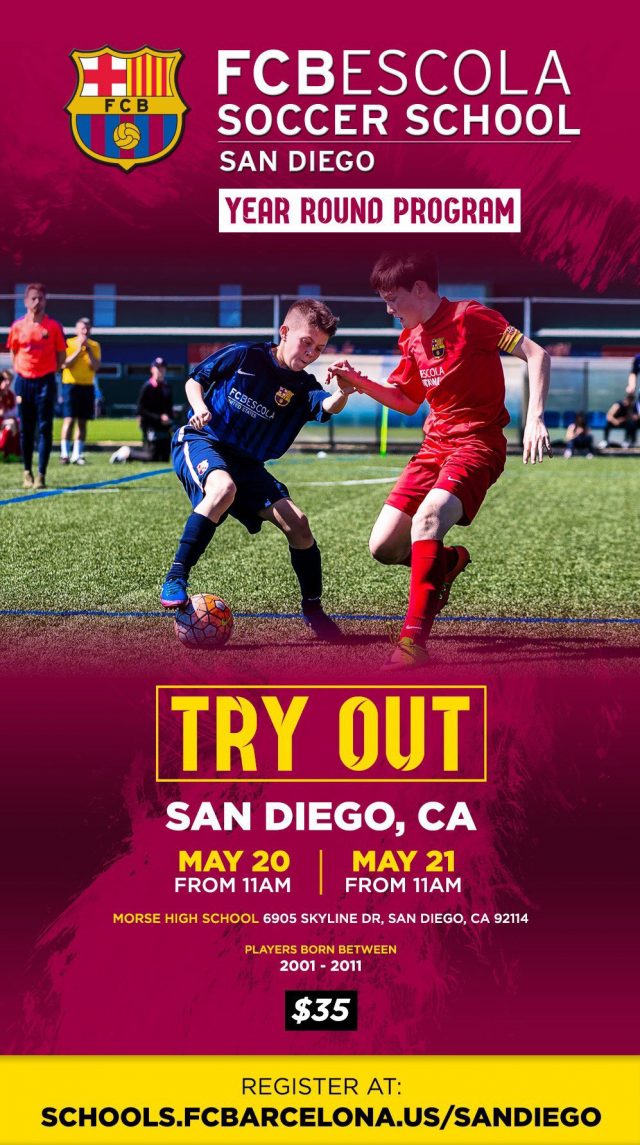 Stay tuned to SoccerNation for more on this groundbreaking partnership, and exclusive content from the FCB Escola program!