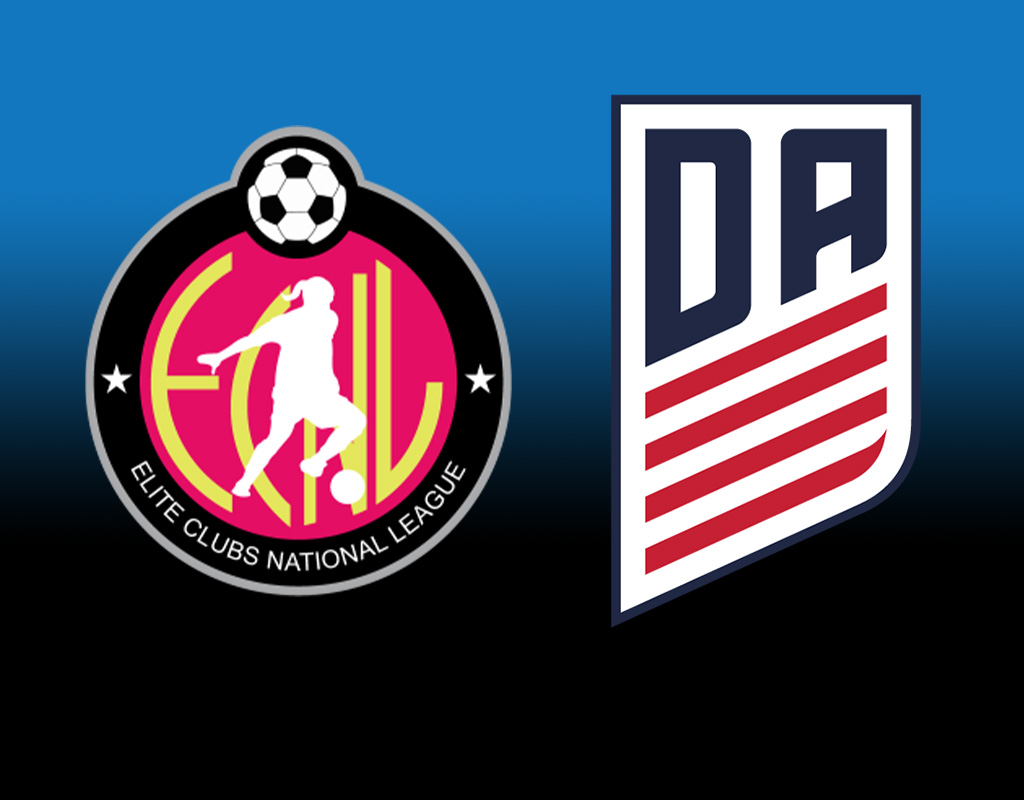 ECNL & DA. Is it just about high school soccer? (Spoiler alert: NO)

Fall League Soccer is in full swing. After a summer full of playoffs and tournaments, soccer leagues across the country are now in full-swing. Com

After a summer full of playoffs and tournaments, soccer leagues across the country are now in full-swing. Competitive youth soccer players will be spending their weekends on soccer fields nation-wide. They will be battling for wins, league titles, and the improvement that comes along with highly competitive matches.

Where do ECNL & DA fit in the world of club soccer?

Two options for top competitive girls are the ECNL (Elite Clubs National League) and the relatively new US Soccer Girls Development Academy (“Girls DA“). There are, of course, top leagues outside the ECNL and the Girls DA. Many of those organizations provide wonderful exposure, training, and competition for top female soccer players. The ECNL & DA debate, however, seems to be ever-present, especially in the world of girls competitive soccer.

ECNL is part of US Club Soccer

“CRL” and “National League” also fall under the US Youth Soccer umbrella. If that is confusing to you, you’re not alone. HERE is an article more about those different leagues and organizations.

The DA is part of US Soccer

Players in the US Soccer Development Academy system, the “DA,” don’t play under the US Club Soccer or the US Youth Soccer umbrellas. They are directly registered by US Soccer.

A few months ago, I was talking with Mirelle Van Rijbroek for a World Cup Final preview. That day I asked Mirelle, “Do you think the ECNL and DA can co-exist?”

Mirelle laughed and said, “That’s a silly question. Of course they can. They do!”

Is it really just about high school soccer? (Spoiler alert: NO.)

Here is an article more about one big club’s (Crossfire Premier) decision to leave the Girls DA and return to the ECNL.

When a soccer club joins the Girls DA, the club is agreeing to a comprehensive player program. There are, therefore, minimum training hours per week that must be met. Field sizes for training sessions must meet DA requirements. The day-to-day environment for players is held to national standards. Schedulers do their best to create competitive and meaningful competition, but game days are only a small portion of what the DA oversees. And, of course, that includes not allowing DA players to play for their high schools.

The ECNL lets each club decide what’s best for its day-to-day operations and training environment.

The ECNL provides a platform for meaningful competition within a professional environment and has relatively little to do with a club’s day-to-day operations. ECNL club directors and administrators run their clubs with more freedom because practice days, field sizes, and coaching requirements are not governed by the ECNL (at the time of this article’s publishing).

There are different ways to run successful clubs and training sessions. The ECNL allows each club the freedom to decide what is best for their teams and families.

What does the ECNL require of clubs?

All ECNL clubs and coaches must adhere to the ECNL code of conduct, which governs a club’s environment on game days as well as day-to-day operations. On game days, ECNL clubs are expected to provide high-quality, professional environments. When players show up to a well-prepared high-quality field with professional referees, they can feel that they’re part of something important. That raises the game. Little details, seemingly trivial to some, add up to a professional environment that raises the level of the game. For example, clubs must provide player benches, gatorade jugs, and water jugs for both teams. A certified athletic trainer must be on site for every game U15 and older. Those are just a few examples of what add up to high-level competition venues that are a hallmark of the ECNL. More about the ECNL requirements can be found on their website HERE.

In summary, the ECNL has standards and allows more freedom for each club than the DA regarding day-to-day operations and specific training environments.

Can a player be identified for a Youth National Team or college through the ECNL? (Short answer: Yes*)

Many of the current players on the World Champion USWNT came through ECNL clubs. As the Girls DA becomes larger, many families think the only way to have a chance at a national team is through the Girls DA.

US Soccer has a nation-wide network of Talent Identification Scouts that identify players for US Soccer Youth National Teams (YNT). Many ECNL directors and coaches have close relationships with US Soccer scouts and Talent ID managers. Those relationships pave the way for players to be scouted and identified even if they are not part of the DA.

It is true that most of the scouting for YNTs happens on the sidelines of DA games. However, a pathway to top soccer, national teams, and college teams can and does exist inside the ECNL as well.

For a player to be identified for a National Team, and for a top college team, the player’s training environment must maintain a level that will allow for that player’s maximum development.

Can that exist inside the ECNL? Yes. Above all, families with YNT goals must carefully choose a club, team, and coaches that provide such an environment.

To learn more about what a challenging environment looks like, READ THIS ARTICLE all about what US Soccer Talent Identification scouts look for in players for Youth National Teams.

ECNL and DA can both provide great training environments and competition for top soccer players. The debate, therefore, shouldn’t be “ECNL vs DA.” Instead, it is “ECNL & DA.”

It’s not a war. It’s a choice. ECNL and DA drive each other to be better. The game of soccer in America is growing. Competition among two strong development systems will allow American soccer to improve and remain diverse for players, teams, and families.