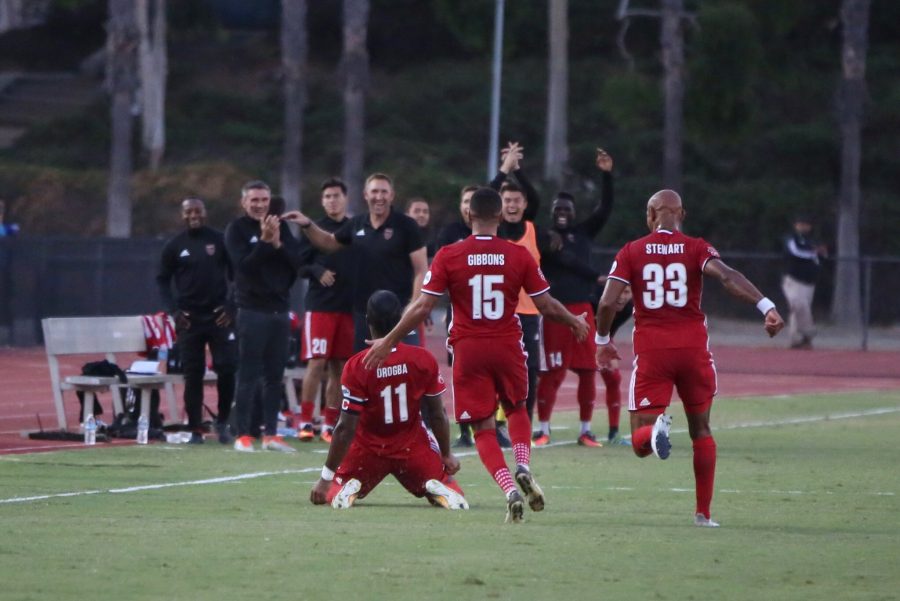 More experience for Galaxy II does not translate to result.

USL is now in the business end of the season, with teams fighting to get into the playoff reckoning or jockeying for position in the Top 8. LA Galaxy II were on a four-game unbeaten streak heading into Saturday’s game at home against Phoenix Rising FC. Then Didier Drogba happened.

No matter the circumstances, that’s a phenomenal goal.

Of course, there was this sentiment, trying to put it all in some context:

But in looking at Mike Munoz’s lineup for the game, in following the pattern since Sigi Schmid took over as LA Galaxy first team head coach, Galaxy II’s lineup was far more experienced than, yes, ones filled with 16-year-olds that played for the club in USL earlier this season. The lineup remained a developmental one, but just about every player to feature for LA on Saturday had a fair amount of USL experience. That may count for little against the buzzsaw of Drogba, but he wasn’t literally lining up against children in this game.

Aside from the headline act, Alessandro Riggi, one of the great hopes of USL, scored the game’s other goal for Phoenix to wrap up the 2-0 victory and put the visitors back just below the playoff spots in the Western Conference. With at least a game in hand on every team except Orange County SC, Phoenix Rising may be able to make up some more ground in the weeks to come and actually get into the playoffs this season. LA, meanwhile, had their own playoff hopes revived a bit after their midweek win over OC, but they’ll almost certainly need to win their next three games in order to have any shot at keeping their playoff streak alive.

Speaking of Orange County, they went on the road on Saturday and managed a 1-1 draw against San Antonio FC, thanks to a penalty late in stoppage time converted by Jerry van Ewijk. It was a game bookended by goals, with SAFC getting off to a blazing start thanks to Kris Tyrpak’s header putting the hosts ahead just two minutes in. It was the fastest goal scored in team history, maybe a little less impressive considering the team has only existed for two seasons, but a fast goal nonetheless.

Orange County were forced to defend far more than they would have liked after the goal, and Logan Pause’s lineup rested a number of players. On one hand, the players on the field looked like they were playing for a point all along, but you could argue he was giving the guys out there a chance to show what they can do.

Once again, OC goalkeeper Charlie Lyon helped keep his side in the game, and when it looked like the visitors would lose their second 1-0 game of the week, Gustavo Villalobos drew a penalty in the 93rd minute. Van Ewijk, who had missed an equalizing penalty earlier this season but who got the nod with Roy Meeus (who himself missed an equalizing penalty midweek) out, converted the pressure-packed PK, to give OC a point and send the San Antonio crowd home in a bad mood.

Orange County are a slot below the playoff places in the West, level with the team above them, Tulsa Roughnecks, on points. They still have games in hand on all the teams in the conference, and a two-game week again this week, Tuesday (home, vs. Colorado Springs Switchbacks, 6 pm PT) and Saturday. Three, four or six points could vault them back up and keep them on the right side of the playoff line.