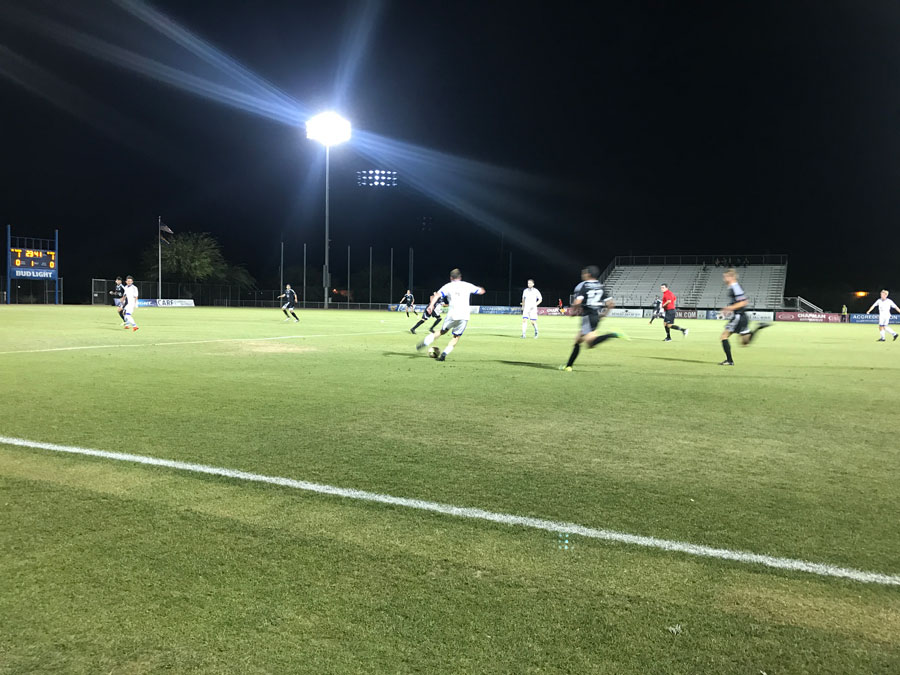 Rush, FC Boulder, FC Greeley and Colorado Springs FC all managed to earn places in the postseason after finishing in the top four of the UPSL Colorado Conference. The final week of the regular season was an important one for all of these teams as they were all guaranteed a spot in the post season but since all four teams were within one point of each other, there was a chance for some drama to see who would play host throughout the playoffs.

Rush was sitting in the fourth spot heading into the last game of the regular season and needed to find a miracle for them to be a host in the first round of the playoffs and a miracle is what they found. Rush jumped from the fourth spot to the top spot in the matter of a few hours and now have the chance to have home field advantage through out the playoffs, provided they keep winning.

Springs FC had a strong finish to the regular season and even though they are sitting in the fourth playoff spot, will come out looking to battle and erase the memory of the last time these two teams met when Rush hung five goals on them and managed to leave Springs FC with a goose egg and a very sour taste in their mouths.

Even though the previous score line looks like Rush should be favored in this match up, it really depends on which Rush squad shows up. Rush has only dropped two games the entire UPSL season but have five draws. They have had a rough time closing out games on the back half of the season which is one of the reasons that it came down to the final game to see where the top for teams would be seeded.

The momentum does look favorable for Rush as they are coming off of a solid 4-0 win in their last game where they were missing some key pieces which gave some of their young guns a chance to step up and make a difference.

Rush will be returning some key starters this week that were out with suspensions and injuries as they start their playoff campaign. The two most notable players that they will return are captain Nic Hartman and Colin Clark, both of whom sat the previous game on red card suspensions and will be looked at to guide Rush on their playoff run.

The winner of this match will move on to face the winner of the FC Boulder vs FC Greeley match which would take them one step closer to a national playoff berth. With all the returning starters and a Rush bench that found a spark in recent weeks, a hungry Springs FC team that feels like they have unfinished business to settle, will make for a very exciting first round of the UPSL playoffs.

With the skipper Nic Hartman back in the line up the back line will get a major boost not only from his leadership but also his experience. Hartman will certainly keep the Rush back line organized but also composed against a Springs FC team that is no stranger to finding the back of the net. Also having Colin Clark back will spark the midfield as he will without question be the motor of the offense and will be looked at to control the center of the field.

The match is set for July 9th and kicks off at 7:30pm at Shea Stadium. Come out and support the Colorado Rush as they start their first ever UPSL playoff run.