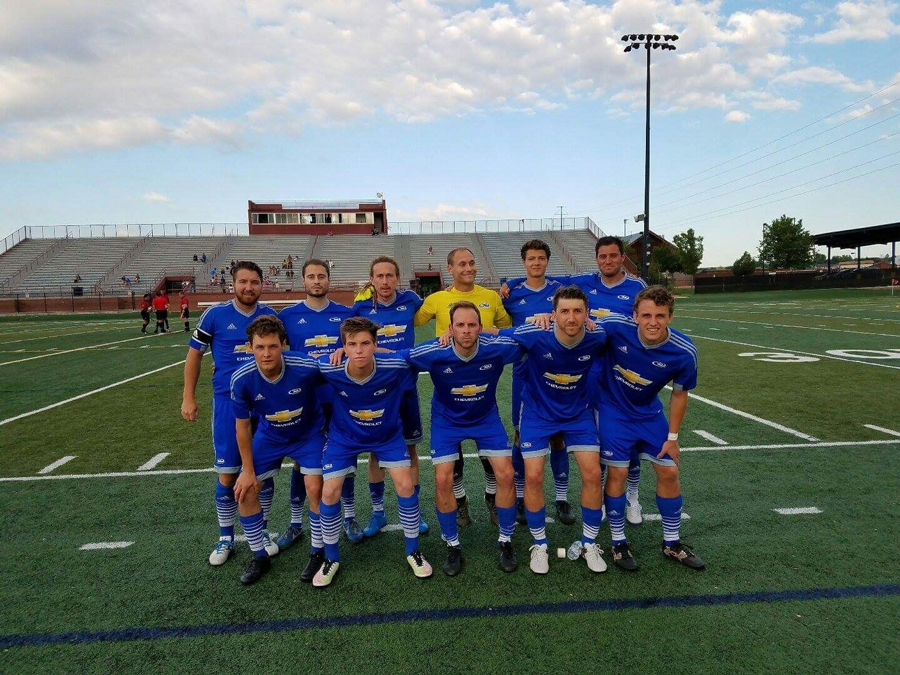 Colorado Rush has now found themselves in a three-way dead lock tie for first place in the United Premier Soccer League (UPSL) Colorado conference after scrapping out an ugly draw against Club El Azul.

With the top three teams all tied with points and the fourth place team sitting two points back, the playoff teams have been set with one game for Rush remaining. Rush could still nab the top seed if they can get a result against Indios Denver FC, and if FC Boulder and FC Greeley manage to drop their last games.

The first time these two teams met Rush won in commanding fashion and El Azul was surely not going to lay down and expect to lose a second time. Leading up to this match El Azul went out and added a few players that they expected to help their chances against Rush this time around.

This game was a fight right from the opening whistle as El Azul was fighting for their lives and only a win could have kept them in the running for a playoff berth. They used a similar strategy against Rush that they did in their previous match this season by playing high pressure all over the field.

The first half was extremely chippy as El Azul was trying to turn the game into a purely physical battle which would take Rush out of their style of play which is typically all about possession and ball skill. Rush wasn’t phased by the physical brand of soccer and managed some clever chances through out the first half. Other than a couple helpless shorts from far outside the penalty area, El Azul wasn’t posing much of a threat.

Late in the first half is when El Azul would find their only meaningful chance of the game on a blown call by the referee who awarded them a penalty kick in the 38th minute. Rush were somewhat vindicated after a mountain of missed calls as keeper Shailer Thomas made a brilliant save to deny the penalty.

Not a minute later Rush would have their chance as the referee again awarded a penalty kick on another soft call. Rush keeper Thomas must have shared his water with the El Azul keeper before the match because he to denied the penalty with a fantastic save to keep the score line level at the end of the half.

The back half of the game started out the same as the first as El Azul knew that they couldn’t settle for a draw if they wanted any chance of moving on to the playoffs. The game opened up quite a bit and chances were coming at both ends of the field. Early in the second half Rush captain Nic Hartman broke up an El Azul counter and was sent off with a second yellow, leaving Rush with ten men.

As the second half progressed it turned into more of a slug fest than a soccer game which favored El Azul. All flow was lost to the game due to the massive quantity of free kicks that were being awarded. With fifteen minutes left in the match Rush midfielder Colin Clark took an elbow to the neck which sparked a skirmish between both teams resulting in a pair of red cards given out, one of which to Clark. Rush was now down to nine men to finish the game and El Azul was now left with ten.

The final minutes of the half Rush set eight guys behind the ball and had a lone wolf hunting up top in hopes of a counter. El Azul had a flurry of shots in the closing minutes but nothing that was on frame as the game would come to an end in a draw 0-0.