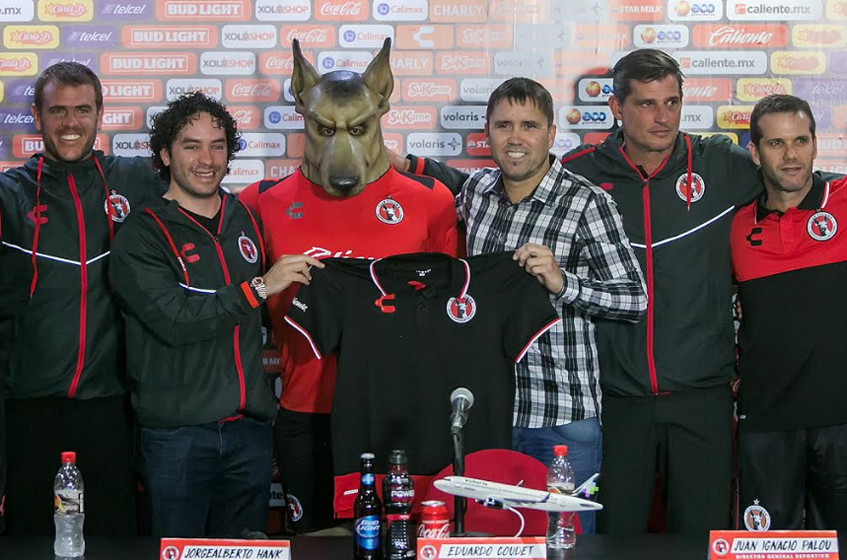 A new era has started for Club Tijuana.

Earlier on Monday, Xolos presented Eduardo “Chacho” Coudet as the team’s new head coach. During the press conference at the Estadio Caliente, Club Tijuana president Jorge Alberto Hank stated that the deal for the Argentine manager would be for one year.

Coudet’s attacking style has been described as aggressive in the past, and with comparisons to that of Chivas’ Matias Almeyda, it will be fascinating to see if the coach will be able to thrive in Mexico.

“We come here with many expectations for a group that has done things well,” stated Coudet. “We want to have a dynamic, intense and offensive team.”

The 42-year-old manager later mentioned Manuel Pellegrini, Diego Simeone and Liga MX’s own Antonio Mohamed as coaches who have influenced him. Speaking of Mohamed, who once led Xolos during 2011-2013, Coudet also spoke about his familiarity with Tijuana before arriving.

“I know the team and its fans,” stated the Argentine. “They are very passionate and they will want a team that works from the inside out and that’s the idea I have as a coach. To play every ball as if it was the last one.”

It was revealed during the press conference that Xolos have previously attempted to bring him in during the past, including one time as a player. Now, as a young manager, Coudet will have big shoes to fill after the fairly successful tenure of Miguel “Piojo” Herrera.

Looking ahead to the preseason, Coudet will have two friendlies to prepare for with the Xolos roster.

On June 30th, the team will travel down to Ensenada to take on Cuervos J.A.P. Next month, Tijuana will then make the trip up north to Las Vegas to take on Leon on July 8th. At time of writing, there is no confirmation on whether Xolos will schedule more friendlies over the summer.

In other news, Tijuana appears close to signing striker Alexis Canelo, and are just waiting to finalize a deal between the player and his agent.