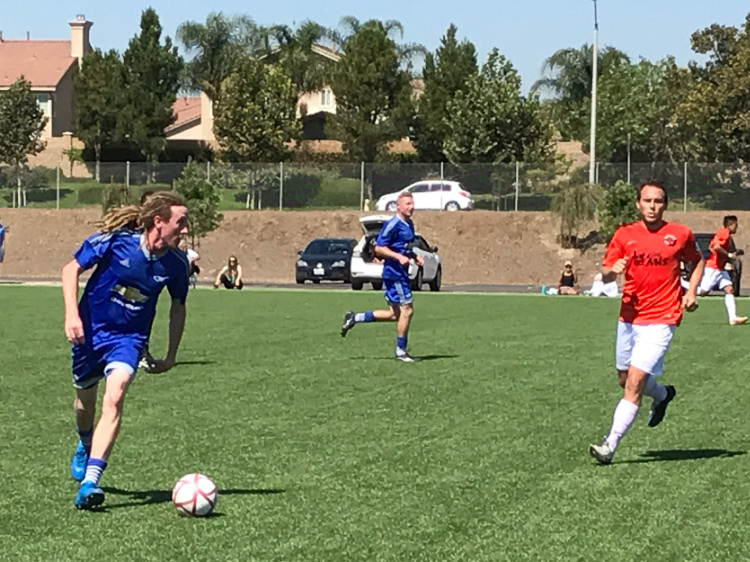 Colorado Rush: A Chat with Jimmy Fitzpatrick About Next UPSL Campaign

It was a busy spring and summer for Colorado Rush and as we head to the starting line for the next United Premier Soccer League (UPSL) season, there is plenty for Rush to build on. They are coming into the season as the reigning UPSL Colorado conference champs, Rush will certainly have a target painted on their back as conference rivals will look to overthrow them.

The Colorado conference is in its second season and is already gaining new clubs that will surely add competition to the league. In addition to the league growing, veteran teams such as FC Boulder will look to claim the title this go round as they nearly brought Rush down in the conference final.

Along side of the UPSL season kicking off, Rush will start their U.S. Open cup push again with hopes of making a deeper run as they were sent home early in the previous year. Rush is a club with a very stout and talented squad that is looking to take that experience into this season. Rush center middy and stalwart Jimmy Fitzpatrick took some time to chat about the previous season and what to expect this season.

SoccerNation: You guys are coming off of the inaugural UPSL Colorado conference season and are the reigning conference champs. Talk a bit about the season and how you’ll carry that momentum into this next season?
Fitzpatrick: Winning the inaugural season was awesome. It’s a pretty special thing to have accomplished and I think the team really deserved it. We started the season off pretty hot once we got through the first match in Greely which we tied. The team really started to mesh and click over the next few matches. Once we got a feel for how each other played and what our game plan was, the goals started coming and confidence started to build.

At the end of the season we weren’t getting the results we wanted. Our wins started to turn into ties but against some teams I feel we should have beaten but squeezed out the first place position before we went into the playoffs and kicked it back into gear. The rest is history. It feels good to be champs but now we’ve got a big target on our backs. We’ve got a lot of trust in each other as a team and I know that if we come back into this upcoming season with the same aggression and intensity as we did last season, we’ll be just fine.

SoccerNation: The U.S. Open Cup journey is starting again soon and you’ll have a chance to make it deeper into the Cup than last season when you sent home earlier than you all were hoping. What does the Open Cup mean to you and do you feel like Rush is ready to take the next step and go deeper into the Cup?
Fitzpatrick: Being a part of the Open Cup is really cool. To be involved in a tournament with so much history and recognition has been a great experience. We got knocked out last year earlier than we wanted but that is just extra motivation to get back at it and try to go further this next time around.

SoccerNation: I know that you just had a son in the past couple months and have still been working all the time. How has it been balancing parenting along side of work and soccer?
Fitzpatrick: Yes, I did just have a son, Rooney. Its been pretty difficult balancing work, playing and trying to figure out the whole parenting thing. Luckily my girlfriend has turned into superwoman after having the baby and really does a lot for him. I’m lucky to have someone who supports me and my love for soccer. I’m blessed to have such a good mother for little Rooney.

SoccerNation: You had a pretty serious calf injury that sidelined you for quite a few games at the end of last season but were able to come back to play at Nationals. Is the calf back to 100% yet and are you feeling fit again?
Fitzpatrick: The calf is feeling pretty good. Now my focus is getting back to full fitness. Shouldn’t be too long now.

SoccerNation: Outside of soccer, work, and parenting, what other activities keep you busy in the offseason?
Fitzpatrick: I enjoy being outside. Going to the park to chill with some friends, hiking or tubing down one of the rivers.