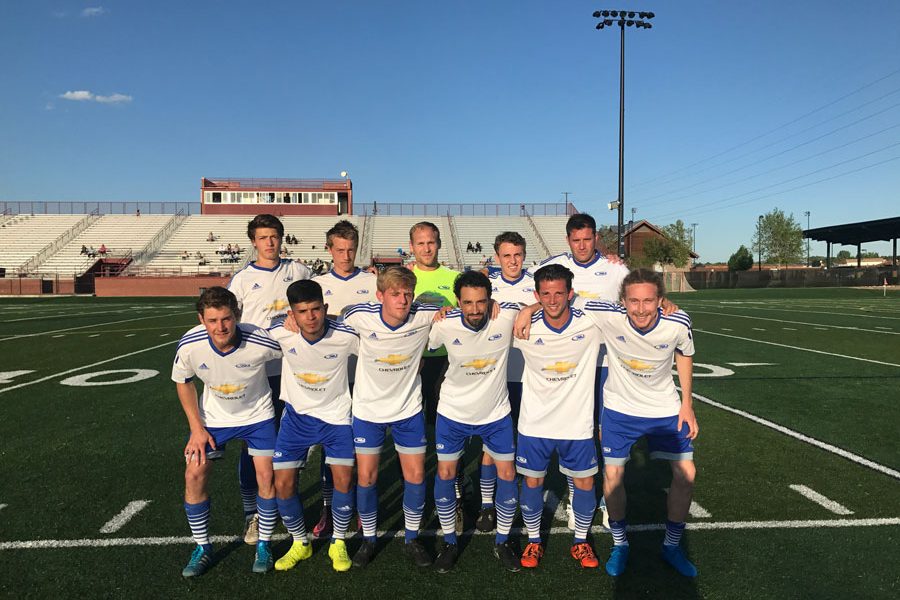 Colorado Rush Claws Back Against FC United to Draw 2-2

Rush came into this game against United sitting in third place in the UPSL Colorado conference and haven’t chalked up a win in a few weeks. This is the second and final time these two teams will meet and in the first bout Rush won handily 4-1. The sun is setting on the season and every point is critical for Rush if they want to make it into the playoffs.

The playoff format for the Colorado conference will take the top four seeded teams and then have a playoff round where home field is based on seeding. It would be staggering if Rush didn’t make the playoffs as they led the conference for majority of the season but have currently slipped into the third spot while the top two teams are starting to pull away.

United is sitting at the bottom of the conference and had a rough start to their UPSL season but have come alive in recent weeks and have been playing in top form. In their last match they had second place Colorado Springs FC against the ropes but lost late 3-2. United doesn’t have a chance to make the playoffs this season but they are making sure that teams will remember them in the next campaign.

Rush have had a hard time coming out fast in recent matches and this one wouldn’t be any different. Despite controlling the game and being extremely stingy with the ball they just couldn’t find the final ball to capitalize on their chances. United didn’t make it easy on Rush in the final third as they elected to do as most teams have done against Rush in the past few weeks, just sit in defensively and pray for an odd man break and a lucky goal.

The first half was uneventful for the first 35 minutes as Rush kept possession and were getting some good looks on frame but were unable to convert. In the 35th minute Rush was caught off guard on a counter attack and United striker Andy Pollard delivered what might have been the best shot of his life into the left upper corner of the net to put United up 1-0.

Rush regained their composure and settled the game down once again and were able to spring striker Andrew White into the penalty box with a slick through ball that White put on frame but the United keeper was up to the challenge as he snatched it out of mid air.

In the closing minutes of the first half Pollard for United would find the back of the net for a second time with a side bike that beat Rush keeper Shailer Thomas to the lower right corner to put United up 2-0. This would be the last time that United would find the back of the goal. Right before the second half came to a close there was a skirmish and a United player was red carded and sent off.

Rush regrouped at halftime and came out swinging in the second half as they were up a player and had been the better team in first half despite the score line. Right from the second half whistle it looked like a firing range as United continued to sit back and protect the goal and Rush was teeing off putting relentless pressure on goal.

Finally, in the 62nd minute second half sub Dylan Cook found the ball at his feet after a scramble inside the six-yard box and sent it home to get the first goal for Rush to make it 2-1. Rush wasn’t finished there as they kept the pressure up and you could visually see the momentum shift all the way to their favor.

In the 79th minute Rush would find their second goal as Griffin Dorsey took on three defenders down the right flank and had them all on skates as he beat them and slotted a perfect ball to White who calmly put it home to tie the game at 2s.

The pressure would keep coming for the remainder of the game but to no avail. The final whistle blew and the game ended at 2-2 which was not the result that Rush was hoping for. The take away from this match is that Rush regained momentum and were able to finally find the back of the net again and dig themselves out of a two goal hole which should give them confidence going forward.

Rush will be taking on Colorado Springs FC in their next match and will need to get all three points and a win if they want to get into the playoffs.