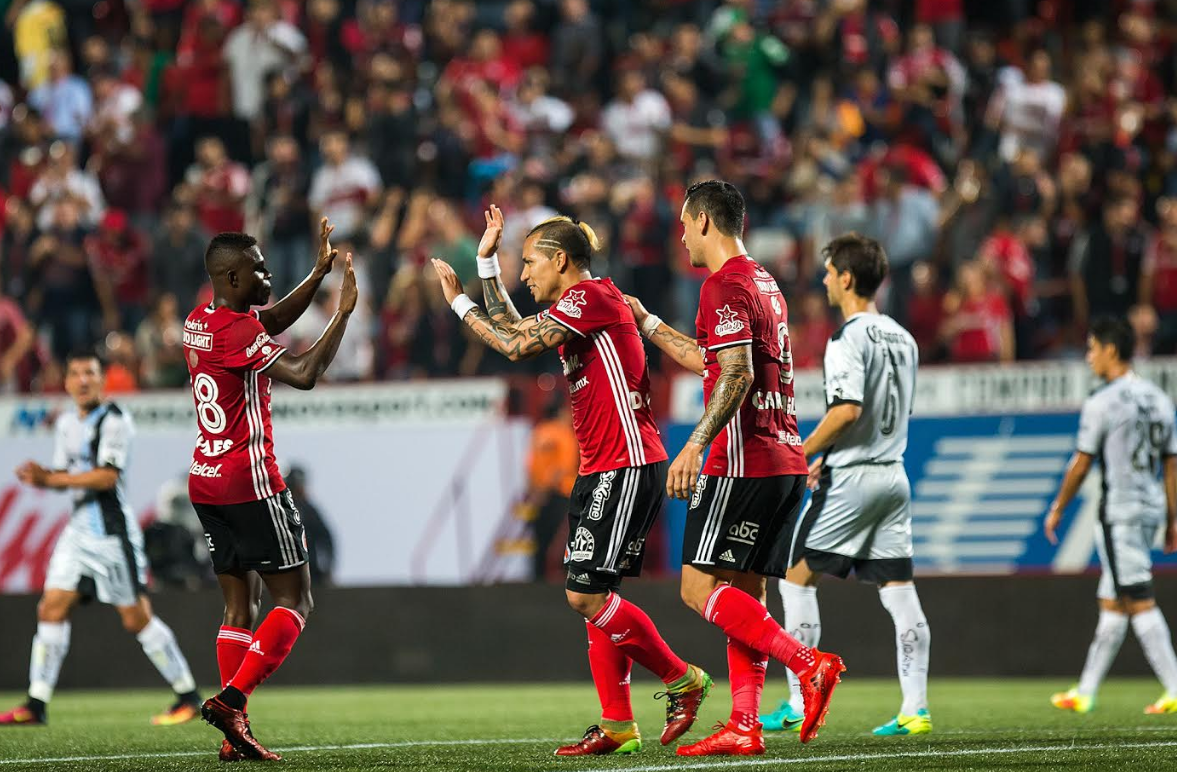 Although Xolos are no longer taking charge of the league table, there are plenty of positives from the team who is currently sitting at 2nd place after Wednesday night’s 2-1 win against Queretaro. Thanks to goals from Aviles Hurtado and Dayro Moreno, the victory not only secured Tijuana’s sixth win of the season, but also maintained the team’s undefeated streak at the Estadio Caliente in this 2016 Apertura.

Here are three lessons from the midweek victory from Miguel “Piojo” Herrera’s men:

During most games, Tijuana tends to line-up in a 4-3-3 formation with Gabriel Hauche as the team’s attacking midfielder and Hurtado as a high-pressing winger on the left flank. On Wednesday, the two aforementioned players constantly switched positions for Xolos, leading to plenty of confusion from the Queretaro defense that had a difficult time containing either option.

With the two seamlessly moving back and forth, Tijuana’s already dynamic attack looked near-perfect during several moments in the game.

While Moreno, Hauche and Hurtado did most of the eye-catching movement in the final third, 22-year-old defensive midfielder Guido Rodriguez did plenty of the dirty work that helped create most of the movement going forward. The Argentine finished the match with an immense amount of passes, numerous interceptions, and a couple of shots as well.

As surprising as it may sound, Rodriguez’s multi-faceted game in the defense and attack has quietly made him the most important player in Tijuana’s starting XI. If Herrera wants to succeed in the playoffs, he will need to make sure that the young midfielder avoids any injuries.

This perhaps is no longer a shock to most fans. After looking like one of the biggest signings of the summer for Club Tijuana, Yasser Corona has become a bench player for Herrera. The Mexican national team player has yet to gain a regular role in the starting XI and was once again seen on the bench during Wednesday’s match.

Barring an injury to a player like Emanuel Aguilera or Juan Carlos Valenzuela, Xolos’ biggest defensive addition of the summer will continue to sit on the sidelines.

Looking ahead to Sunday

Before we wrap-up this piece, let’s first give a quick preview to the upcoming away match against Santos Laguna this Sunday.

With only eights points and two wins secured in 10 leagues games, Los Guerreros have looked like one of the worst teams in Mexico. In fact, the squad is currently sitting at second-to-last place in the league standings.

While Xolos were putting on an attacking show at the Estadio Caliente, Santos were struggling against a Monterrey side that eventually beat them 5-2 on Wednesday night. The loss was their fourth in the last six matches.

Herrera should have no worries against Santos this weekend and might want to consider giving some back-up players a chance to shine. Some noteworthy candidates like Paul Arriola, Juninho and Gibran Lajud have the talents to gain a starting role and potentially do some damage to Los Guerreros. That said, Herrera hasn’t experimented much this tournament and will likely go with another strong starting XI that will be hungry for another victory.

Due to the morale being low for Santos Laguna, Sunday’s game will end in a 3-1 win for Tijuana.