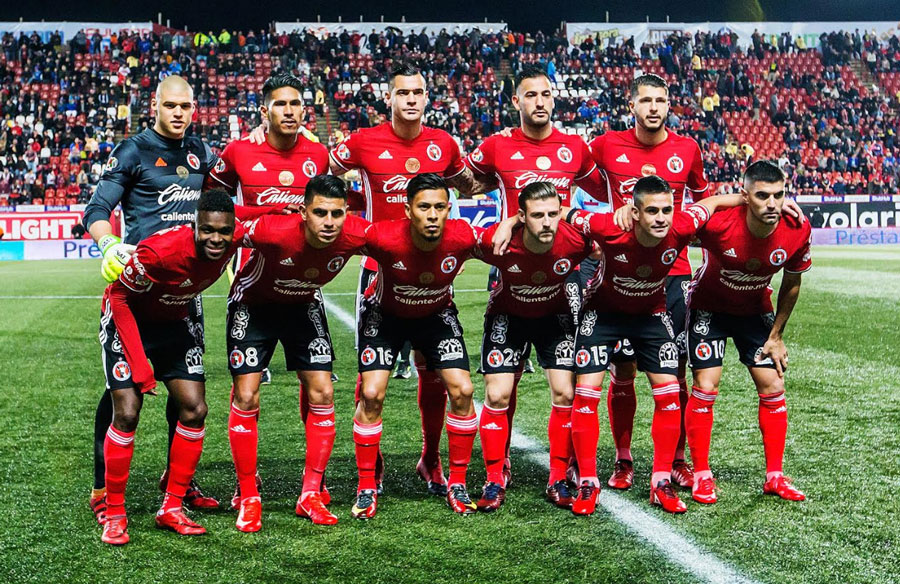 No matter the inevitable complaints or criticisms, nothing can take away the three points that Tijuana gained last Friday in the 1-0 victory against Cruz Azul.

Xolos, who finished the match behind the visiting team in possession, shots, passes and corners, found a way to stumble past Los Cementeros with a late goal in the 80th minute from defender Juan Carlos Valenzuela.

For better or worse, the game was reminiscent of Tijuana’s previous win, another less than exciting performance which somehow finished with a narrow 1-0 victory for Xolos two weeks ago against Chivas. During that win, it was striker Milton Caraglio who unexpectedly found the back of the net during the 74th minute.

Perhaps this is all according to plan.

Manager Miguel “Piojo” Herrera appears to be more defensive-minded than usual in recent weeks, and against attack-heavy teams like Chivas and Cruz Azul, it would be hard to blame him for not being more aggressive with his movement forward.

Also, without options like Dayro Moreno and Gabriel Hauche left on the roster, it isn’t the most impractical decision to sit back, frustrate the opposition and then hit them on counters in hopes of an unanticipated goal.

It’s also easy to look down on the once thrilling and dynamic attack and forget that others like Gibran Lajud, Paul Arriola, Guido Rodriguez and Joe Corona have done very well in the past couple weeks — especially Lajud.

Following the retirement of Federico Vilar, Lajud has had massive gloves to fill in net for Xolos. After a hesitant start to the tournament, the 23-year-old has been impressive for Tijuana with 11 saves and two shutouts in his last two starts for the club. Lajud still needs to work on his confidence but is showing progress with every match.

Things aren’t terrible for Tijuana, but it’s clear that it will be difficult to recreate some of the exciting results seen during the last season. If Herrera has been able to recognize that, which is why the team appears more defensive against difficult opponents, that might also prove that he is continuing to be more flexible with his tactics.

We also can’t forget or ignore the unpredictability of the league itself. In a short-tournament format as fickle and unstable as Liga MX, Tijuana’s last two games could prove to be just an anomaly or glitch in the competition which recently started. Given the difficult opponents, many might even say that Xolos have emerged out of the first four weeks with the best possible scenario: A spot in 1st place.

Looking ahead, Tijuana will be looking for their first Copa MX victory of the competition when they host Correcaminos on Tuesday night. Four days later, Herrera and his roster will make the trip south to take on rivals Leon during Week 5 of the 2017 Clausura.

This award should probably be given to Lajud, but there’s no denying the significance of the captain’s lone goal for Tijuana. The opportunity, which was produced from a header off a free kick, stunned Los Cementeros last Friday in the Estadio Caliente.