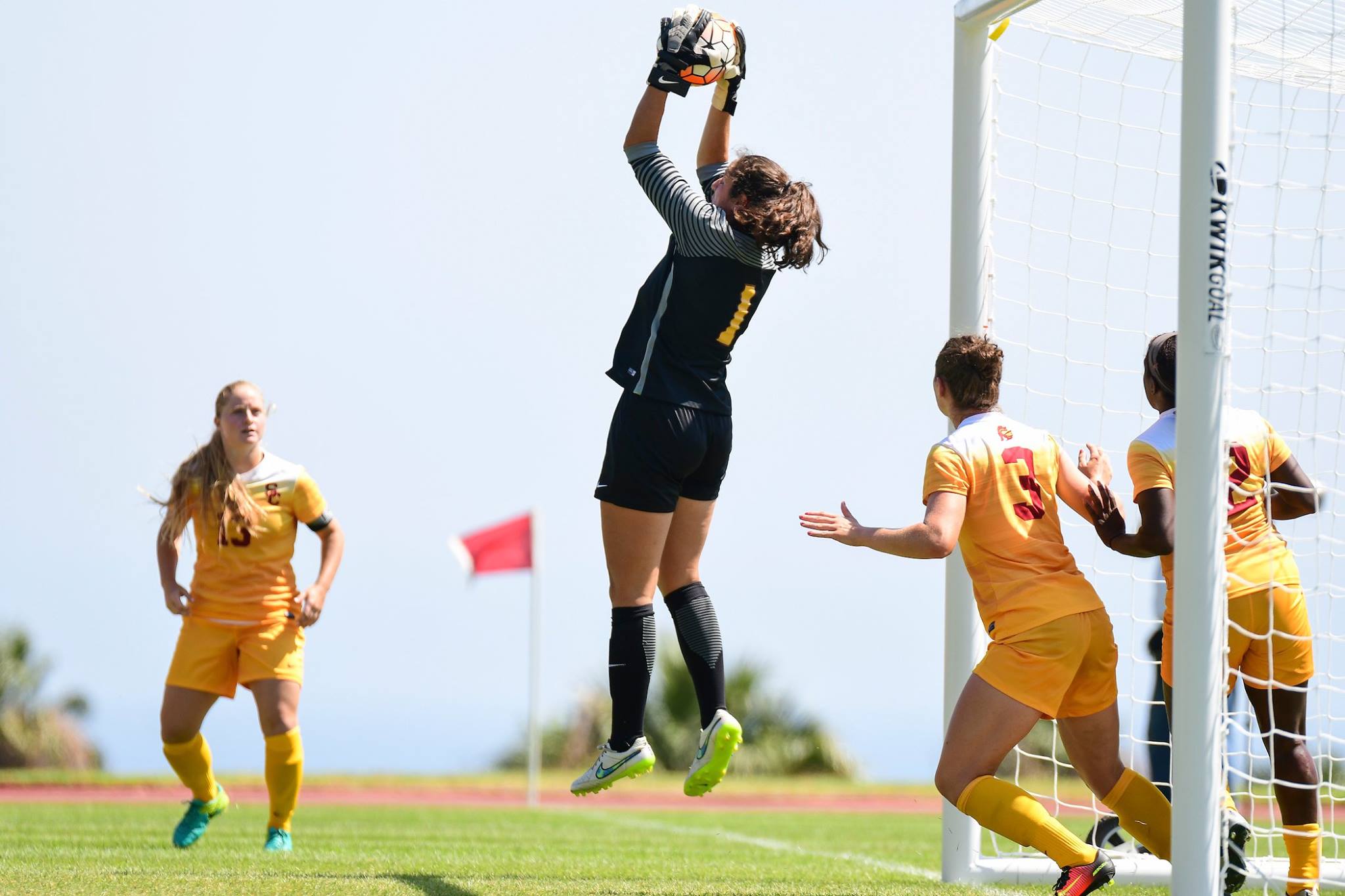 We have finally hit conference play in the 2016 college season. It was a bad week for the men but a strong week for the women. Below are recaps from the past week’s matches. Rankings are from the most recent NSCAA Coaches poll on September 27.

UCLA’s three match winning streak came to an end this past weekend following a 1-0 loss to Cal Poly. UCLA now enters conference play with the first match against Washington on Thursday and Oregon State on Sunday.

Mixed results for San Diego State who suffered a 2-0 loss to Pacific on Friday before bouncing back and defeating rival University of San Diego, 1-0, in overtime. Travis Nicklaw provided the late heroics when he finished  a Daniel Sagno pass in the 4th minute of overtime. Up next for San Diego State is Oregon State on Thursday and Washington on Sunday.

The Cardinal suffered a 2-1 loss to San Francisco on Friday. San Francisco’s Jorge Ruiz and David Garrett provided the goals, while Stanford’s lone goal came from a deflected shot. Up next for Stanford in California on Sunday.

The Trojans picked up their seventh win in a row after defeating Arizona 4-0. Scoring for the Trojans were Katie Johnson, Leah Pruitt, Amanda Rooney, and Sydney Johnson. Up next for USC is Oregon on Thursday and Oregon State on Sunday.

In UCLA’s lone match, they defeated Arizona State 2-0 on Thursday. Jessie Fleming scored a brace within the first eight minutes of the match giving her seven goals on the season. Up next for UCLA is Oregon State on Thursday and Oregon on Sunday.

Cal continued its strong run of play with a 3-0 win over Oregon State on Friday. Ifeoma Onumonu scored the opening goal in the 31st minute and Mia Corbin scored goals on either side of the half.

Pepperdine defeated Cal Poly 2-1 in overtime on Friday. Trailing early, Katy Byrne scored the equalizer in the 24th minute. Bri Visalli scored the game winner in the 4th minute of overtime. Up next for Pepperdine is Portland on Friday and Gonzaga on Sunday.

Newer Post
FIFA 2017 Player Ratings – Who is Too High, Too Low, and Who Got Snubbed
Older Post
Guido Rodriguez Helps Carry Xolos to a 2-1 Win Over Santos Laguna