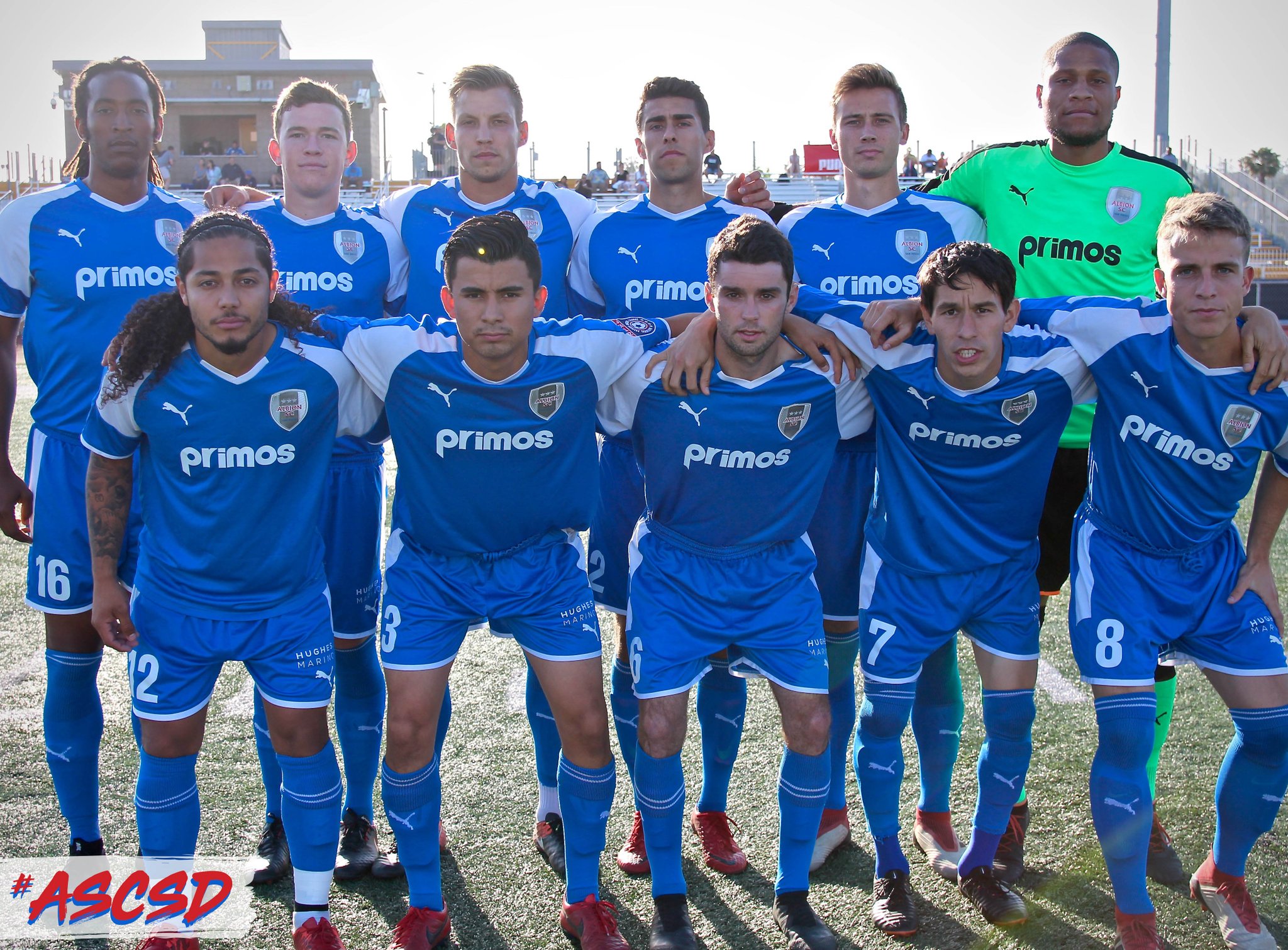 On Saturday May 19th, ASC San Diego hosted Orange County FC in National Premier Soccer League action at Mission Bay High School in Pacific Beach, with the visitors coming away with all three points, courtesy of a 3-1 victory.

Orange County opened the scoring through Connor Gordon in the 42nd minute when Gordon finished off an attacking move. ASC leading scorer Amani Walker dragged the hosts level with a header from a corner kick delivered by Dallin Cutler in the 56th minute after the interval, only for OCFC to extend their lead in the 62nd minute when Gordon notched his second on the day. A few minutes later OCFC was up 3-1 in the tense match when Erik Mueller bundled in a rebound off a corner kick that fell to him.

The result means that OCFC improves to 6-0-3 on the season, leapfrogging ASC in the NPSL Southwest Division standings and taking the top spot. ASC’s record is now 5-2-1 and the club maintains second place in the division, with fours games left to play.