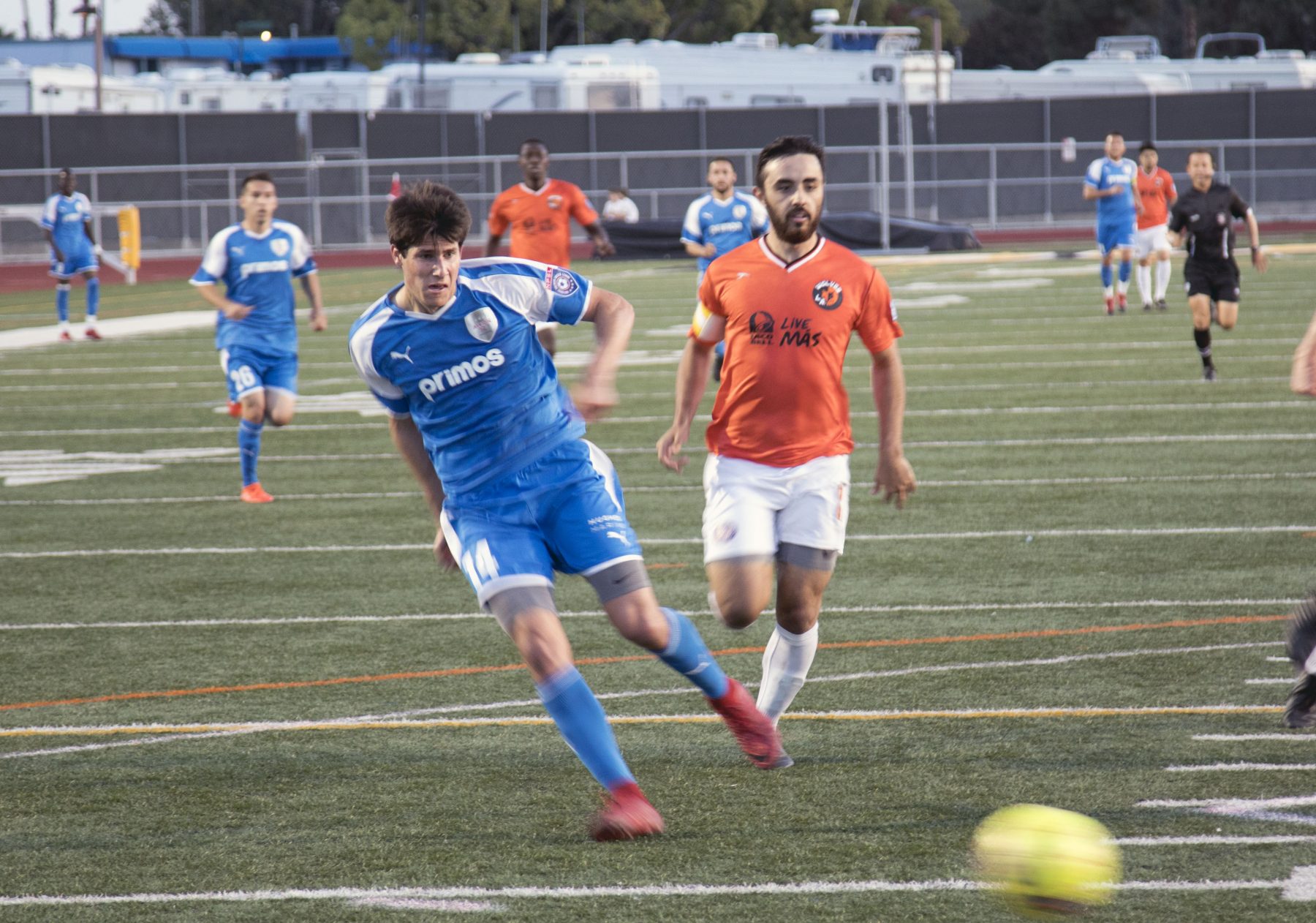 ASC San Diego cruised to a 3-1 win over the LA Wolves in a Saturday night home friendly in Pacific Beach.

ASC came out on the front foot and could have easily been up two goals within the first three minutes but squandered golden opportunities on both occasions. The first move saw LA Wolves carved wide open with some neat passing only for the shot from Eric Avila to go straight at the keeper. The second chance saw Amani Walker’s free header go wide after a beautiful cross from the right flank.

The first 20 minutes were controlled completely by ASC as they dominated possession and didn’t allow Wolves within 30 yards of their goal. The tempo was relaxed as you would expect from a friendly, but still had a nice pace of play.

ASC fans could be forgiven for wondering if it was not their night when another golden chance went missing in the 20th minute. Avila once again had the ball  15 yards from goal after a turnover only to see the shot hit straight at the keeper once again.

Fortunately for the home crowd the breakthrough came in the 22nd minute when homegrown player Sean Callahan slotted the ball neatly away after it was fortuitously knocked into his path by the opposing defender.

LA Wolves responded with spells of possession over the next 15 minutes finding space out wide but never really threatening the ASC goal. The central midfield was dominated by tireless work from ASC with Avila, Cardona and Callahan keeping things under control.

In the 41st minute, Wolves registered their first shot on goal from a corner and it was a smart first time finish from Jeff Kelly-Rosales into the bottom corner that left ASC keeper Jean Antoine helpless.

ASC responded quickly with a goal off of their own 2 minutes later from a corner. Aleks Berkolds rose above the crowd to send a powerful header into the back of the net and ensure his side went into the break 2-1 up.

A host of halftime changes saw almost a completely different ASC side take the field, but the balance of play was very similar with the home team seeing the majority of possession.

Another ASC home-grown player put his name on the score sheet in the 64th minute when Garrett Heine made the score 3-1. Heine showed his cool in front of goal finishing neatly to the near post after running on to a ball sent over the top from the midfield.

From there, the game played out as one would expect with Wolves pushing heavily to get back on the score sheet but ASC continuing to resist their chances. A few half chances for either side were surrounded by equal spells of possession until the full-time whistle brought the game to a close at 3-1.

All in all it was a good night for ASC San Diego and there are a number of positives head coach Ziggy Korytoski can take away from the match.