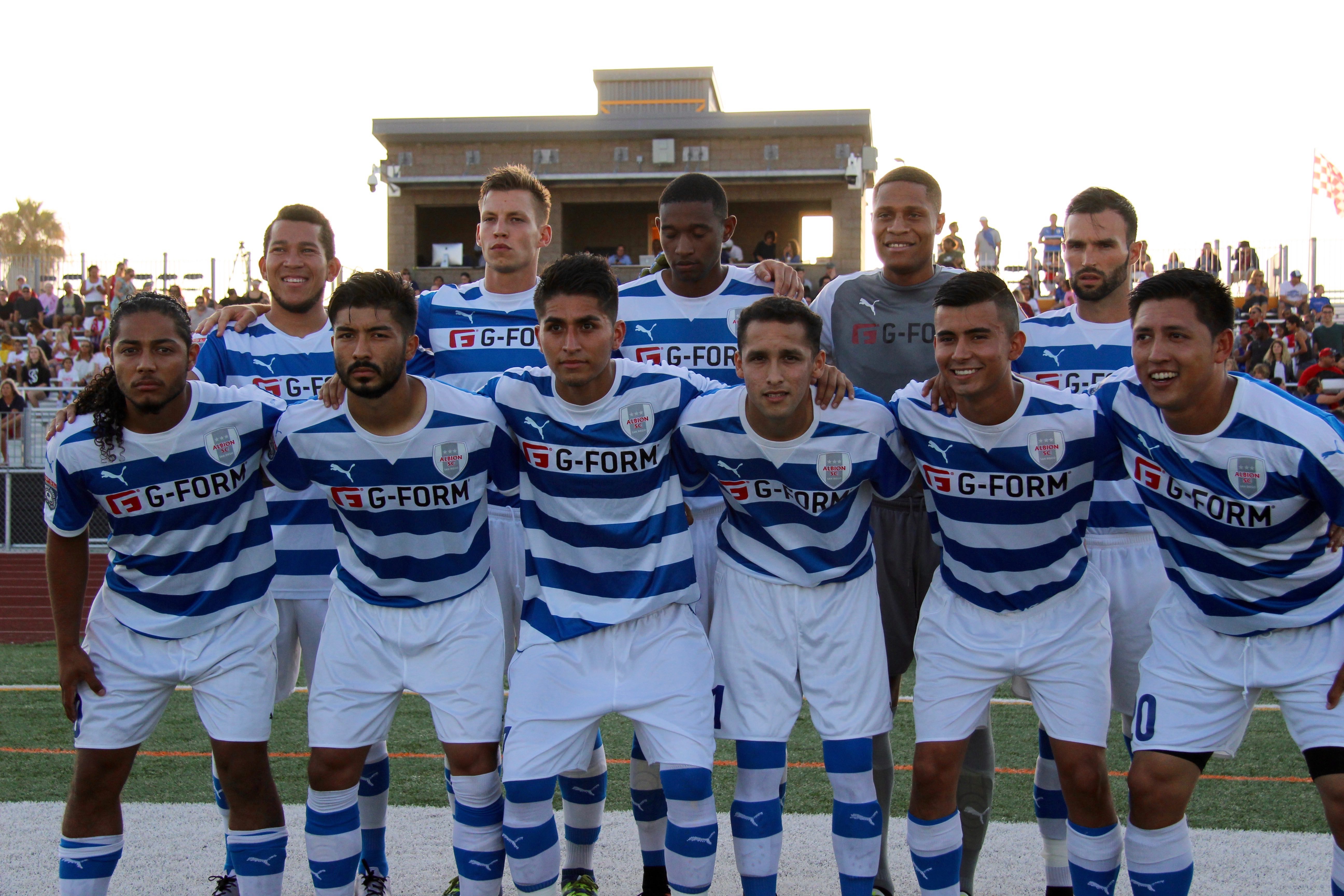 Albion Pros inspired a community to believe that San Diego is ready for professional soccer. On Saturday, in front of just under 1,400 fans, undefeated Albion Pros took the field one last time in the National Premier Soccer League West Region Final. There was an atmosphere reminiscent of a European cup game with drums beating, flags flying and a boisterous crowd cheering on San Diego’s team. Local media stations tuned in to witness the special event, hoping to relay a positive story to the greater San Diego community. The stage was set.

Albion Pros faced historic powerhouse Sonoma County Sol in the Final of the West Region. Sol started brightly looking to silence the loud pro-Albion crowd. However, Albion almost opened the scoring in the early moments of the game. Center forward Tre Hayes latched on to a long ball over the top of the Sol defense and raced towards goal. As a defender closed down the space, Hayes cut inside to his right and fired a shot towards the far post. Fans inched towards the edge of their seats with the ball looking to be destined for the back of the net, but NO it cannoned off the crossbar.

After the brief scare, Sol went on to gain a foothold on the game. A few half-chances and offside calls prevented them from truly being dangerous. Their closest chance came from a corner kick that found the head of 6’5” forward Taylor Varnadore. His header could only sail over the far post. Albion Pros then threatened in the 37th minute with David Luquen finding space in the midfield and dribbling past two Sol players. Matt Clare streaked down the left side as Luquen found him with a good through pass. Based on Clare’s recent red-hot form you would’ve bet the house that he would tuck his chance into the goal, but it wasn’t to be. His shot went wide of the mark, so the score remained 0-0 going into half time.

In the opening minutes of the second half, Albion Pros looked to pile on the pressure to score the opening goal. However, Sonoma Sol was able to pounce on a loose ball in the midfield and score the game’s only goal in the 56th minute. Taylor Varnadore picked up the loose ball and played it into the box for Sol’s winger Diego Lopez. Sol’s pacy, dangerous winger made no mistake and confidently placed his shot past Jean Antoine.

The stage was set for another dramatic ending, with Albion Pros looking for a late equalizer, but it never came. Albion Pros pressed the issue by creating chances through Matt Clare, Kuba Waligorski, Raymundo Reza, Felipe Liborio and Tre Hayes. Yet, they were not able to be the late game hero. Sol clung to their narrow advantage and won 1-0 to hand Albion Pros’ their first loss of the season. With the victory, Sonoma County Sol advance to the National Semifinals to face Chattanooga FC, the country’s most prestigious NPSL team.