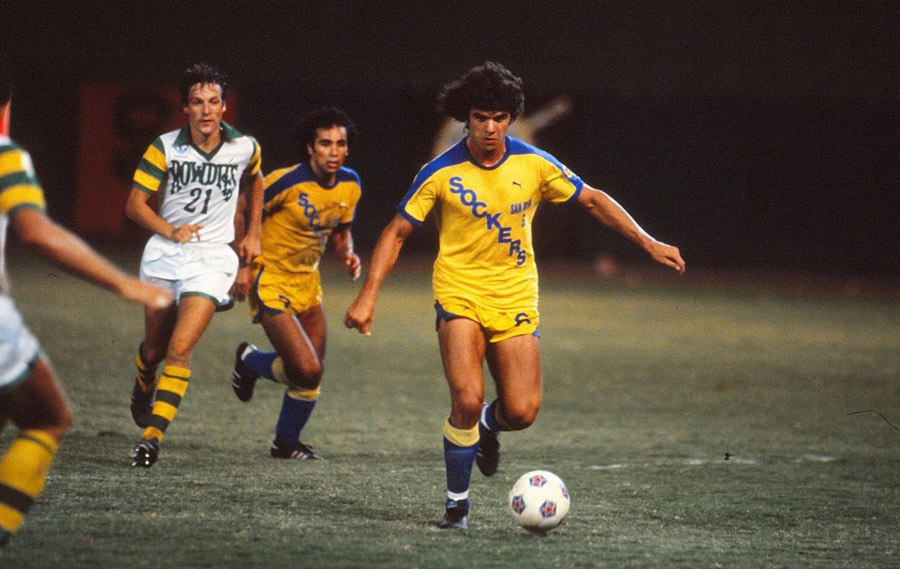 Against the Tide: The Story of Hugo Sanchez and Soccer in San Diego

The standard story goes like this: An American soccer league is established, and while it brings opportunities for American players, the big stars from abroad join at the tail end of their careers.

While there are exceptions popping up in the case of MLS, most notably with the first-season run of Sebastian Giovinco, joining Toronto FC during his best years, the standard narrative prevails, especially when it comes to the original NASL.

But while the likes of Pele, Beckenbauer, Cruyff and Best, among others, were on the wrong side of 30 when joining the NASL, at least one superstar played in the league at the very beginning of his illustrious career, and in San Diego, no less.

Mexican and Real Madrid legend Hugo Sanchez played two seasons with the San Diego Sockers in 1979 and 1980 as part of a loan deal with Mexican side UNAM Pumas. The striker, in his early 20s at the time, was coming off a terrific start with Pumas, winning a league title and becoming the Primera’s leading scorer.

Though not the only player exchanged between the Sockers (who were part of the NASL’s outdoor league from 1978-84, before becoming an indoor team full-time after the league’s demise), Sanchez was certainly the biggest star. And he showed it on the field.

He started his tenure with the Sockers with a four-goal performance in a friendly against Dynamo Moscow, and followed it up with nearly a goal a game in NASL competitive play (26 in 32 games). Already a Mexican international by the time he joined San Diego, Sanchez also scored 13 goals in 13 playoff games with the Sockers.

In a profile of the forward in the San Diego Union-Tribune in 2007, Sanchez credited his stint with the Sockers for the “experience and exposure” that catapulted him to a move to Spain, where he really burnished his legend.

Joining Atlético Madrid in 1981, Sanchez was the top scorer five seasons in La Liga, once with Atléti and four times after his move across town to Real Madrid. He also won a slew of titles with the Spanish clubs, and became an icon in his native country. In addition to his accomplishments, he also paved the way for Mexican players to be respected in Europe, as the likes of Rafa Marquez and Chicharito, among many others, benefited from Sanchez paving the way.

Of course, Sanchez did return to an American league at the tail-end of his career, as he spent a single season with the MLS’ Dallas Burn in its first season, being one of just two players to play in both the original NASL and MLS.

Despite the fact that first-division pro soccer hasn’t returned to San Diego, and Sanchez has been active coaching and working as a TV pundit primarily in Mexico; he hasn’t forgotten his ties to the city. He still maintains a home in Southern California and in September unveiled plans for an 80-acre soccer training facility, dubbed Hugo Sanchez Soccerland, in San Diego.

At the time, those lucky fans at Sockers games got to see a star in the making. But the impact of Hugo Sanchez’s time playing in San Diego continues to reverberate today.