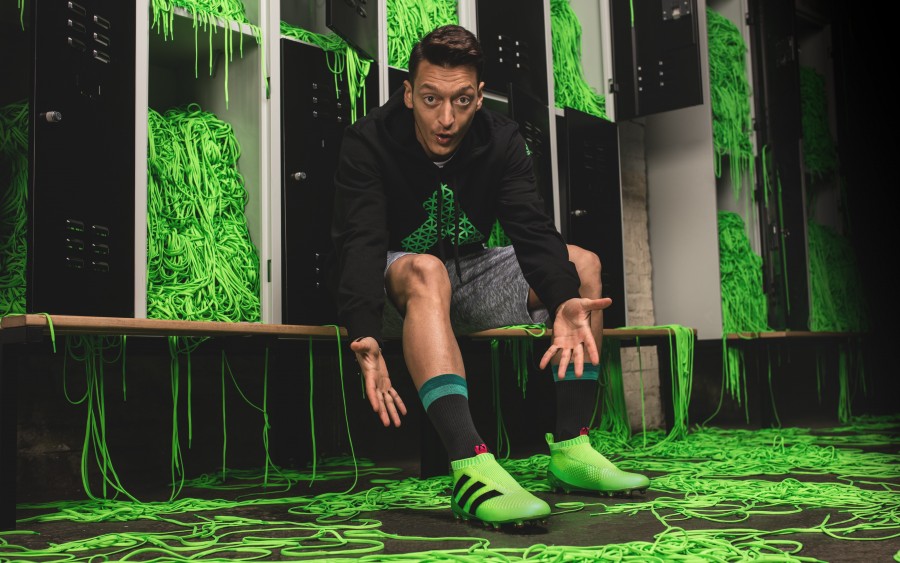 In late 2015, adidas surprisingly revealed their first prototype of laceless soccer cleats to be released in 2016. The revelation showed up all over Instagram with star players such as Arsenal’s Mesut Ozil, Real Madrid‘s James Rodriguez, Chelsea‘s Oscar and FC Barcelona’s Ivan Rakitic sporting the new boots.

Now, the soccer boot is primed to dominate soccer fields all over the world and boss the game. 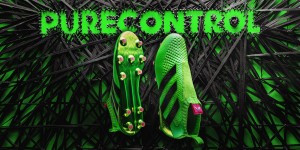 The Ace 16+ Purecontrol is adidas first high performance laceless soccer cleat. The removal of laces allows for a greater striking surface and better control of the ball. According to Ozil, “My whole career I have tried to minimize the impact of laces on my strike and ball control. I revealed to adidas in 2014 that in the changing room I knot the laces over and over again and then tuck in the ends, that way they do not interfere with my touch.” The German playmaker certainly has a magical touch, leading the Premier League in assists this season. If these boots can help Ozil get an even better touch and better strike, watch out defenders, get ready for some even better defense-splitting passes.

[quote_center]When they came to me last year with the laceless boots, it was like they have created my dream product. I cannot wait to wear them on the pitch[/quote_center]

It’s not all about going laceless though. Adidas have developed a new fit to match the innovative new design. In order to replace the laces, adidas had to develop new stabilizing features for the boot. The stabilizing technology used is literally weaved into fabric. The Adidas Ace 16+ Purecontrol blends the technology of previous iterations of adidas Primeknit technology with TPU cage stabilizing features for a glove-like fit. Then, it was rigorously tested in game situations in some of Sweden’s grassroots leagues and in adidas soccer laboratory. 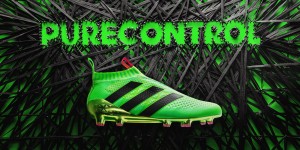 Look for these cleats to be worn on soccer fields near you as creative players attempt Ozil-like audacious passes to boss the game.

Currently there is only a limited release of the cleats in adidas flagship stores around Europe, but soon they will be in stock at soccerloco!