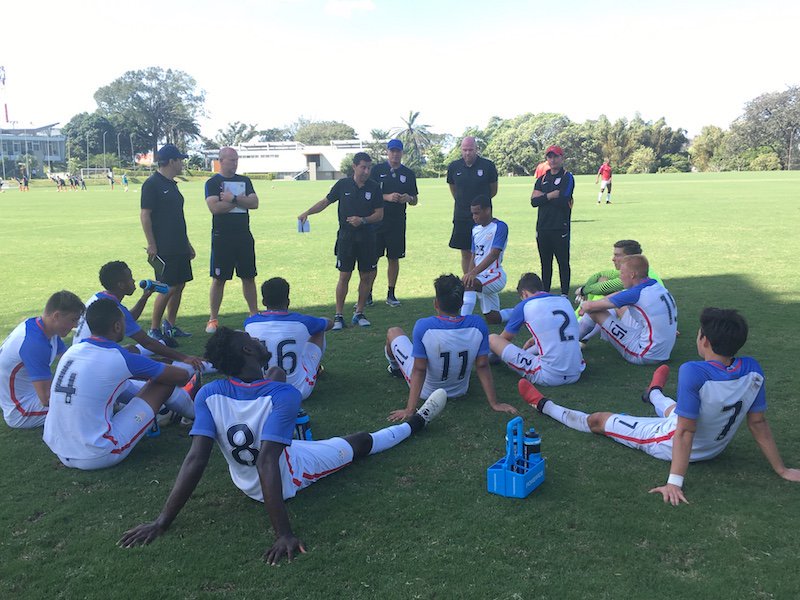 The U.S. U-20 Men’s National Team (MNT) has learned who they will face in the group stage matches at the 2017 FIFA U-20 World Cup in South Korea. Drawn into Group F, the U.S. U-20 MNT will open the tournament against Ecuador on May 22, which will be followed by Senegal on May 25. The U.S. will wrap up group play against Saudi Arabia on May 28.

The U.S. enters the 2017 FIFA U-20 World Cup after winning its first ever CONCACAF U-20 Championship on March 5 by defeating Honduras on penalties 5-3. San Diego’s Luca De La Torre converted the fourth penalty for the stars-and-stripes.

California natives are expected to make the squad. At the CONCACAF U-20 Championship, the following California natives were on the roster: Goalkeepers Jonathan Klinsmann (University of California; Newport Beach), JT Marcinkowski (Georgetown; Alamo), and midfielders Luca de la Torre (Fulham F.C.; San Diego) and Jonathan Gonzalez (CF Monterrey; Santa Rosa). The only player who did not feature was Gonzalez, and Klinsmann was the primary goalkeeper. Torre appeared in every match, but one (4-1 victory over St. Kitts & Nevis), and scored one goal against Haiti.