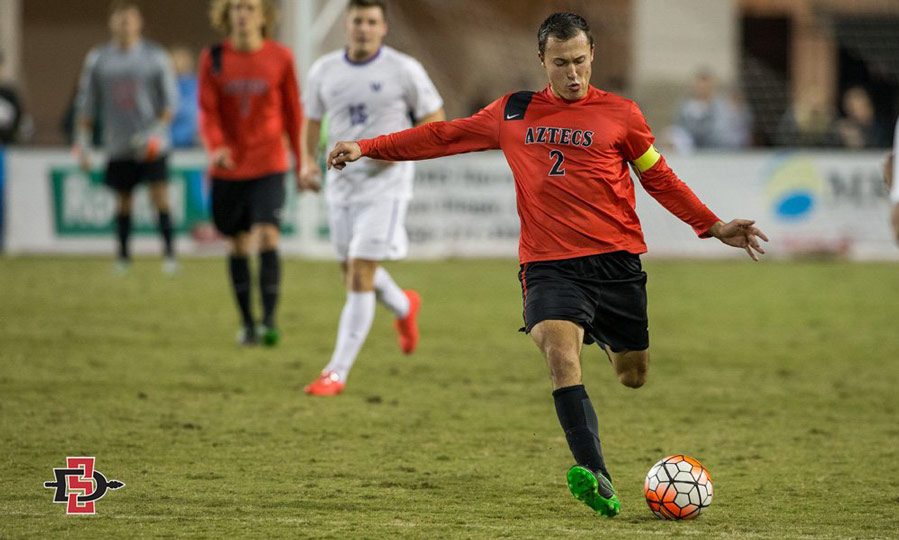 No Xolos. No trips to Estadio Caliente for Friday night magic with the first place team in Mexico. No Liga MX. No Premier League on our screens. No early morning gatherings of passionate supporters’ groups at pubs around the city. The FIFA sanctioned international break often feels like it takes away more than it gives. For San Diegans, there’s no need to fret, as there’s plenty of soccer related activities to keep your flame flickering this weekend. Here are five of the best.

1. The Aztecs host the Number 1 Zips

The San Diego State Aztecs Men’s Soccer team will play host to the Akron Zips on Friday night. Akron will arrive in America’s Finest City as the number 1 ranked NCAA team in the nation. The Aztecs cracked the top 25 themselves in the latest coaches poll, currently occupying the number 23 spot in the NCAA Men’s rankings after an unbeaten performance in the Gonzaga Soccer Tournament in Spokane, Washington last weekend. Kickoff is set for 7 PM at the SDSU Sports Deck on Montezuma Road.

Another edition of the annual Blues Cup, put on by the SC Blues, will be taking place at the Oceanside Soccer Complex over three days this weekend, the tournament kicking off on Saturday morning. Former Seattle Reign and Mexican National Team star Jenny Marie Ruiz-Williams will be on hand as a special guest for Monday’s awards ceremony, rounding off a tournament featuring some of the best young women’s soccer talent in the country, including a number of youth internationals.

3. Klinsmann and the Yanks get back to business

In their first match since the Copa America Centenario, the United States Men’s National Team will take to the pitch on Friday afternoon in a World Cup qualifier away to St. Vincent & the Grenadines, kickoff scheduled for 12:30 PM PT. (You can join the San Diego chapter of the American Outlaws at O’Brien’s Pub in the Convoy for the afternoon contest.)

The game is an absolute must win for the U.S., who have not yet secured a spot in the final round of CONCACAF qualifying. The Yanks currently sit in second place of their four team group with two matches to go, trailing Trinidad & Tobago by three points and nosed ahead of Guatemala by a single point. While the Americans did wallop St. Vincent & the Grenadines 6-1 to start this qualifying campaign in November, and while the hosts have yet to register a point in four matches, Friday’s match is an early kickoff at an old cricket ground on an island in the South Caribbean notorious for unpredictable weather patterns. It’s no gimme this one, but anything less than three points will be a colossal  failure, and could have grave consequences for the U.S., who play host to T&T in Jacksonville on Tuesday night.

4. El Tri attempt to move beyond the torturous seven

Just like the Americans and the rest of the sides in the region, Mexico have not played a match since Copa America. Of course, their summer tournament experience came to a much more emotionally damaging close, getting abused and embarrassed by eventual champions Chile, La Roja orchestrating to the tune of 7-0 at Levi’s Stadium in late June. The Mexicans are already through to the final hexagonal round of qualifying, a perfect record of four wins in four matches in Group 3. Yet still, Friday’s match away to last place side El Salvador holds an added importance for Juan Carlos Osorio, Mexico’s manager who is as anxious as anyone to begin the mental departure from that cruel day in Santa Clara. The match kicks off at 7:06 PM PT. Mexico then host Honduras on Tuesday night at Estadio Azteca.

With temperatures predicted to be in the low to mid 70’s through the weekend, beneath clear skies to boot, there’s no finer time to get out with a group of friends or complete strangers and have a kick around. You might get lucky and find a quality game to jump into. Maybe you want to work on your touch, and have the perfect spot to go juggle and dribble. Either way, seize the day. From the North Park Water Tower to Logan Heights, National City to Carlsbad, go have yourself a solid session this weekend and soak up that California sunshine. And wear sunblock of course.