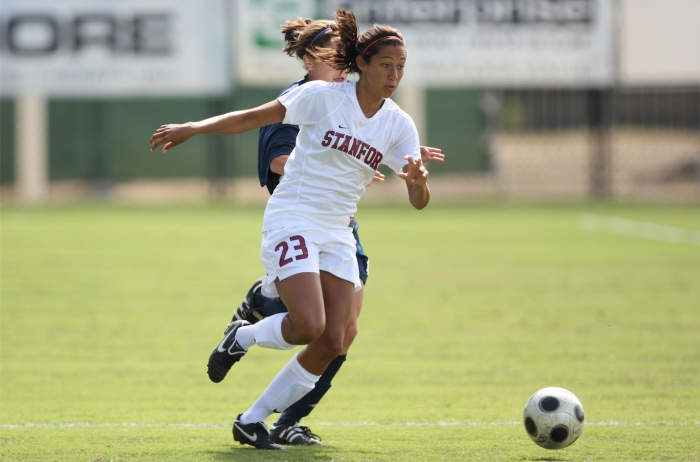 California is home to more than 250,000 registered female soccer players and also home to 6 players on the U.S. national squad. In fact, the pool of Californian players is so large that there will be players not only playing for the U.S. but also for other countries.

Mexico has 9 California grown players on its squad, including Veronica Perez who is playing in her second World Cup. England has its goalkeeper from Santa Monica who also played at Cal State Fullerton. New Zealand has a defender, Ali Riley, who went to Harvard and was teammate and best friend of U.S. player Kelley O’hara. Also on the New Zealand squad, there is Simone Carmichael who was Shannon Boxx’s teammate at South Torrence High. Noelle Maritz, from Switzerland actually grew up in Newport Beach playing soccer. 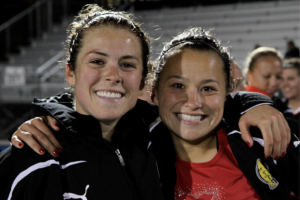 Christen Press is another quality player from California who is one of the latest addition to the U.S. Women’s National Team. The player who grew up in South Bay region of Palos Verdes Estates was called into her first training session with the national team 3 years ago, and she was already familiar with most of the other players.

She started playing at the age of 8 with U.S. defender Whitney Engen. Then as a teenager, she competed against forwards Alex Morgan and Amy Rodriguez. Also, the veteran Shannon Boxx was Press’s coach when she was 11 years of age.

[quote_box_center]”We were all there, all around each other, competing, fighting, pushing each other,” Press said. “And now, looking back, having the opportunity to play around other very motivated, competitive players pulls you along.”[/quote_box_center] 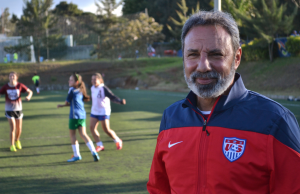 Tony DiCicco who was the U.S. Women’s Coach during the 1999 World Cup said: “There’s great players from everywhere, but California’s always developed a lot.”

One of the main reasons for that is California’s perfect climate, allowing sports like soccer to be played constantly all year long. Also, the size of the state and population allows for a greater pool of potential players.

“If you look at our girls playing the game in America, it’s a pretty narrow demographic. And then when you look at the nationality, there’s not a lot of outside influence like Latino or European or South American. It’s pretty much American kids playing the game,” he said. “But in California, they do get that outside influence. They’re a little bit more technical. There’s a lot of players playing,” said DiCicco. 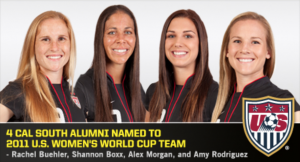 We can see that the club culture in California is very solid and organized, allowing young players to develop their skills and their game. All of the current female professional players went through the competitive club atmosphere at a young age. For example Shannon Boxx, Amy Rodriguez and Alex Morgan all played AYSO (American Youth Soccer Organization) here in California before transitioning to competitive club soccer.

Succeeding in California was essentially a way to measure your potential and capacity for success elsewhere. Christen Press said: “Growing up, we used to think if we could win state cup and come out of Southern California, we would win the national [club] championship”

Because of all the talent available in the state, not only national team coaches but also college recruiters come to California looking for players. 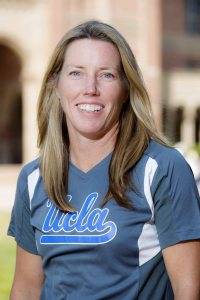 “The kids are just at such a high level because there’s so much competition out here,” said Amanda Cromwell, UCLA women’s soccer coach “They get to train year-round. There’s a lot of commitment to the youth system. Every girl in California just seems to play soccer. They get good coaching. And they play against some of the best players in the country on a weekly basis. Girls in other states, they don’t have the same competition.”

California has a history of developing talent, and the region continues to develop better and better players. Amy Rodriguez, who is now a forward for the U.S. says: “When I go back and look at the girls, they are way better than I was at that age. Development. Skill set. Training. We’ve gotten so much smarter.”

This again is more evidence to prove that the system really is working well and keeps developing great female soccer players.