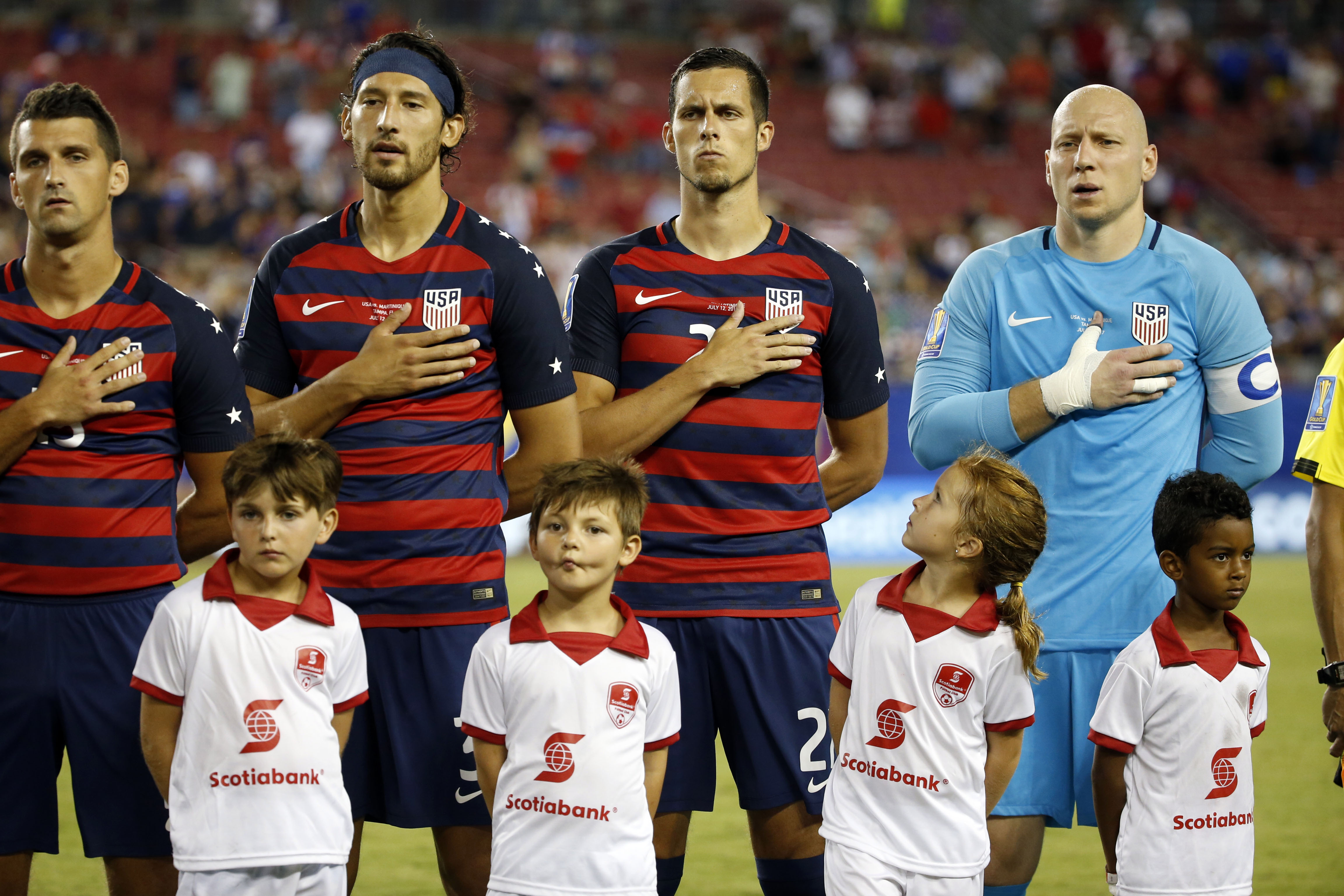 Wake Up Time for Sputtering Yanks: USA vs. Nicaragua Preview

This Saturday night, the United States Men’s National Team will look to rebound from a troubling performance against Martinique on Wednesday, a match which fortuitously ended with a 3-2 victory for Bruce Arena’s side.

Nicaragua, a team without a point and with just one goal scored in two Group B matches, await the Yanks at FirstEnergy Stadium in Cleveland.

Here are three storylines to keep an eye on going into the last U.S. affair before the Gold Cup’s knockout stages begin next week.

Picking up the slack: The U.S. were timid and scattered against Martinique, their play dreadful in critical spells. A team of mostly amateur players from an overseas department of France was mighty close to giving U.S. Soccer one of its most embarrassing results in modern history. The players on the pitch in red, white, and blue must take responsibility for the overall performance, and follow it up with a showing against Nicaragua that could turn the Martinique madness into ancient history.

That doesn’t mean “just getting three points” against Los Pinoleros. It needs to be a comprehensive victory, exhibiting the ability to play attractive soccer and combine it with an unwavering concentration and attention to organizational detail. Anything short of this will leave the sour taste of Tampa lingering on American taste buds.

Apart from a select few individuals, this U.S. team has given 180+ minutes of below average soccer to its adoring fans and paying customers, personal and collective performances hardly worthy of the crest. Somehow, they lead Group B with 4 points and a superior goals scored record to that of Panama.

This U.S. team needs a performance akin to the thumping they gave Honduras in World Cup Qualifying in late March, a 6-0 win that restarted the 2017 engine of the national team. That engine is sputtering bad this week, and it shouldn’t matter that the B-team is in the driver’s seat.

It’s not just about goals against Nicaragua. It’s about seeing and feeling a true desire from each player on the field. It’s about cohesion developing among a group of players who have at times in this tournament looked as if they’ve never even shaken hands with one another.

The majority of the U.S. team looks bereft of confidence. The heavy rotation in the lineup from the Panama match to the contest with Martinique did little to provide positive influence. If anything, the perception of this U.S. team dipped with what occurred on Wednesday, which is almost impressive considering the reactions from American players that followed the draw with Panama (Kellyn Acosta calling it a “crap performance”).

Plain and simple, the slate must be wiped clean. The U.S. need to start fresh in the knockout rounds. The nagging vibes of USA 3 Martinique 2 must be washed away. It must be done against Nicaragua on Saturday.

Who starts? Does anyone deserve to do so?

The only players from Wednesday night who might “deserve” to start the next match:

Arena may very well continue on the rotation train, a hodgepodge of MLS talent and Gold Cup debutants taking to the pitch in Cleveland with no real understanding of how to play as a unit.

If Arena wants any kind of momentum on the side of his U.S. team going into the quarterfinals, he would be best served by fielding what he considers his strongest lineup against Nicaragua. The rest that some players could receive, as well as the trial by fire testing of “on the bubble” talent that Arena and his staff could utilize, is worth far less than the cohesiveness the U.S. could potentially find with a total team performance on Saturday night. Arena also needs to make sure the U.S. win their group, thus being certain of avoiding a dangerous Costa Rica team in the next round, as the Ticos will likely finish atop Group A.

This means Kellyn Acosta should play in the center of the park against Nicaragua.

This means players like Joe Corona and Dax McCarty, players who are coming off/in the midst of fantastic seasons with their respective clubs but performed poorly against Panama, should get another chance to show they belong in the hierarchy of this particular squad.

This also means Dom Dwyer should feature in some way, either from the start or off the bench, his record of two goals in two matches in a U.S. shirt earning him that right.

With the disastrous showing at the back from Matt Hedges against Martinique, and with Matt Besler looking bewildered throughout much of the Panama match, it may be time to give young Matt Miazga a chance to start at center-back against Nicaragua. The 22 year-old can’t do much worse than the other defenders sharing his given name.

Brad Guzan is still the best option in goal, but not by nearly as much as some might believe. If Sean Johnson or Bill Hamid were to start Saturday’s match and keep a clean sheet, there could be some rumblings going into the knockout stages. It’s far from likely however, as Arena seems to fancy Guzan as a team leader, which is all fine and dandy as long as that leader can get down to his left quick enough to stop shots from 29 year-old semi-pros and top flight professionals alike.

Playing Spoiler: Nicaragua are all but eliminated from the knockout stages. The circumstances behind them hypothetically advancing as a third place team in Group B are so absurd they do not bear mentioning.

The team is playing in the country’s second ever Gold Cup. They didn’t score a goal in three matches in their debut in 2009. They were of course shut out, 2-0, by Martinique in their first match of this tournament. They jumped out to a 1-0 lead against Panama, their first ever Gold Cup goal coming in truly spectacular fashion, a long range missile from Carlos Chavarría, a 23 year-old who plays for Fútbol Alcobendas Sport in the 4th division of Spain. They allowed Panama to claw back and win the match 2-1.

Nicaragua come into this showdown with the U.S. with nothing to lose. Playing for pride and the privilege to step on the stage, Head Coach Henry Duarte’s side will hope to disrupt Arena’s squad, adding to American frustration being the Nicaraguan equivalent of a quarterfinal birth.

The last time we envisioned the U.S. winning in a landslide was Wednesday night, when a spirited group of amateur all-stars from the Martinique Championnat National took U.S. Soccer to a cliff edge of humiliation.

We shall see what a Saturday night in Cleveland adds to this already bizarre chapter of U.S. Soccer that is the 2017 CONCACAF Gold Cup.