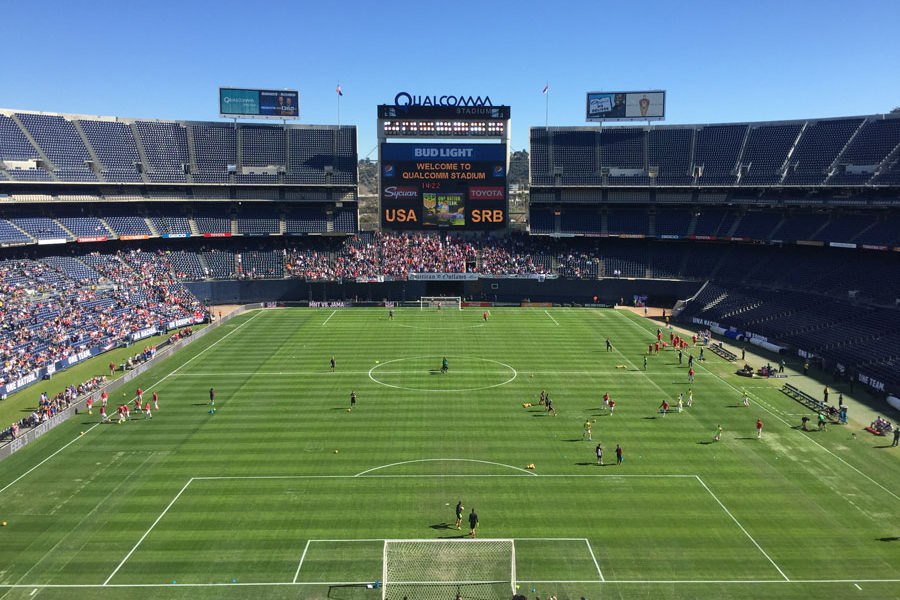 It’s safe to say the first game of the second Bruce Arena era for the U.S. Men’s National Team was not a vintage performance, or result, as they tied Serbia 0-0 at Qualcomm Stadium in a friendly on Sunday.

While Arena’s squad was an almost entirely MLS-based group, with all those players effectively in preseason mode, going up against an almost entirely domestic-based Serbian group, with the friendly coming outside a FIFA date, the play from the Americans was often sloppy and missing a rhythm. But again, this was the first competitive game for nearly all the Americans for nearly two full months — for some players, it had been much longer than that since they played in an actual game.

With that context in mind, Arena was largely pleased with the performance on the day, while also acknowledging the work to be done.

“Clearly, we would have liked to have won the game today, but for this time of year it was a good game. And I was encouraged by a number of performances of our team,” he told reporters after the game.

Among the players who stood out on the day was Portland Timbers midfielder Darlington Nagbe. The midfielder, a refugee from Liberia who came to the U.S. as a child, had to wait until 2015 to be eligible for USMNT selection, and was capped to great fanfare by previous coach Jurgen Klinsmann. But a reported falling out between the two men led to Nagbe declining his last call-up last fall, and Sunday’s game, with Nagbe selected and in camp once more, appeared to be a clean slate for the player.

He played like it, too, with two shots in the first half that came tantalizingly close to breaking the deadlock and strong defensive play throughout the match from his attacking midfield position.

Nagbe did not address the discord with Klinsmann in his postmatch comments, instead offering compliments for both the former and current national team manager.

“Jurgen gave me my first cap, my first opportunity, so I’m always grateful for that,” he said. “And now Bruce has come in, and I’m just looking forward to the new year and bigger things.”

The U.S. has another friendly coming up, against Jamaica in Chattanooga, Tenn. on Friday, before gearing up for the first competitive games of the year, crucial 2018 World Cup qualifiers against Honduras and Panama in March, when Arena will be able to call in a full-strength roster. With that in mind, this current training camp and two friendlies offers an audition for the MLS-based players to make a case to be on the March roster.

Arena mentioned midfielder Jermaine Jones, suspended for the next qualifier in March, has been released from camp, with Sebastian Lletget, making his USMNT debut on Sunday, mooted to be a possible replacement in March, while Sacha Kljestan is departing with the birth of a child imminent. Will a new group of players get to start and see action on the field against Jamaica? Arena made it clear that these preseason games are the time to experiment, and changes will definitely come for Friday’s friendly.

Sunday’s game may not be remembered through the ages, but a clean sheet and starting point for the next Arena era, ahead of must-win World Cup qualifiers, still provides a starting point for a busy 2017 for the U.S. Men’s National Team.