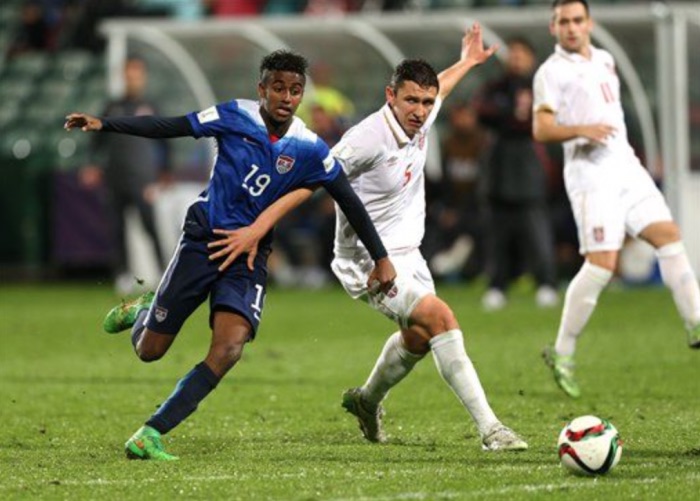 U.S. U-20 loses to Serbia in PKs in heartbreaking fashion

This was tough match for both teams who matched up with a very even attack and defense. But it was heartbreaking to see the U.S. go down and get elimi

This was tough match for both teams who matched up with a very even attack and defense. But it was heartbreaking to see the U.S. go down and get eliminated from the World Cup in such a tight match. The game ended 0-0 in regular time time and went to PKs, in which the U.S. fell short 1 goal in a 6-5 shootout.

Serbia’s defense was definitely well organized and prepared to disarm the U.S. attackers that were only able to get 2 shots on target. The Serbian defense has only suffered 2 goals throughout this entire tournament. The Serbia forwards were also performing well, with Andrija Zivkovic for example who had some great shots on goal.

The U.S. still struggled at times in creating opportunities; they were unable to create many meaningful opportunities out of the possession when they had it. Their two best chances were with and San Jose Earthquakes forward Tommy Thompson.

Even with all the saves and efforts from goalkeeper Zack Steffen who had a great game, the U.S. was not able to make it through.

As far as the penalty kicks, for the U.S. Rubio Rubin and John Requejo had their shots saved, while Joel Sonora and Carter-Vickers missed the target completely. Steffen made two outstanding saves to block two shots but that was not enough to get the U.S the victory.

Serbia now advances to semifinal where they will play against Mali. The other semifinal will be Brazil against Senegal.

Overall the U.S. had a good tournament, getting results that most people did not expect and putting the U.S. name out there again.