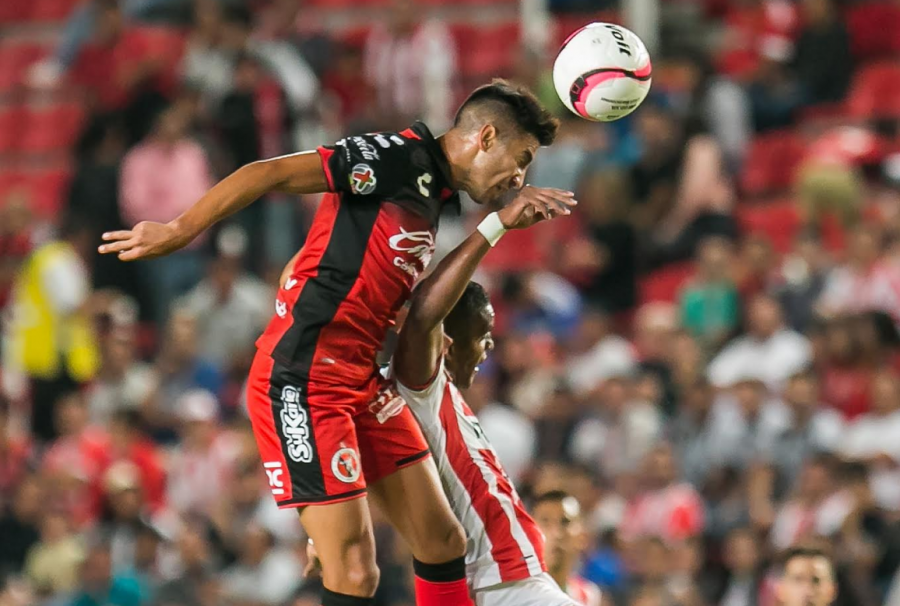 Necaxa 1-0 Club Tijuana: Xolos Obtain Second Loss in a Row in a Scoreless Start to the Season

During Saturday night’s 1-0 win for Necaxa, it was once again disappointing to watch Xolos. One week after kicking off the 2017 Apertura with a 2-0 loss to Cruz Azul, Tijuana failed to look any more convincing during the ensuing defeat by Los Rayos.

Goalkeeper Gibran Lajud was once again inconsistent, the defense lost a starter after Alejandro Donatti earned a red, the midfield was ineffective and the frontline had no real impact in the match.

That said, what was perhaps most worrisome was Xolos’ lack of discipline when it came to fouls. In fact, Tijuana’s overly aggressive roster was lucky to only walk away from the game with one red and two yellows.

Necaxa also earned a red during the match, but after scoring an early goal in the 21st minute, there was no real reason for the home team to push forward in the attack. Los Rayos sat back during most of the Liga MX clash, and without much danger from Xolos, Necaxa had no problems sneaking away with a well-deserved victory.

Here are three talking points for Tijuana after the recent loss.

1. Xolos collected far too many reckless and dangerous fouls

Although Necaxa had its fair share of questionable tackles — like Miguel Ponce’s dangerous slide which led to a red — Tijuana’s approach to the game was exceedingly scrappy and brash.

In match where Xolos found themselves with an advantage after Ponce’s red in the 30th minute, the away side had little time to capitalize after Donatti’s red in the 48th minute. For whatever reason, Tijuana continued to dish out high-flying and poorly-timed tackles after going down to 10 men.

This is where new manager Eduardo “Chacho” Coudet or a leader like Juan Carlos Valenzuela should have stepped in to try to calm down the squad. Instead, Saturday’s match at times felt more like an MMA bout than a soccer game.

Another needless yellow card by Xolos, this time by Damian Perez. What is going on? #LigaMXeng

2. More time is needed for progress to be seen

A new manager, a number of recent roster additions and the departures of key players have all had a major and negative influence on Xolos. Although it’s fair to be bothered with the results, Tijuana fans must be patient with the Coudet project that has yet to truly develop in the league.

It’s also important to keep in mind that vital figures such as Paul Arriola and Joe Corona have recently returned to the club after taking part in the Gold Cup for the USMNT.

So, should Tijuana supporters be worried? Not yet.

With 16 matches left in the regular season, Coudet still has time to make positive changes to the team with plenty of potential. A handful of appearances in the Copa MX next month should also help the coach implement his style and approach.

It will take time, but the squad lacks imagination and creativity in the midfield

It’s unfair to put all of the blame on just one player. In a game where there was a long list of individual errors, Gibran Lajud’s mistake is just one of many. However, it’s also becoming difficult to defend the young Mexican who has produced crucial blunders which led to Xolos’ two of three goals allowed this season.

Keeping in mind that backup Jose Antonio Rodriguez is set to start for Tijuana on Tuesday’s upcoming Copa MX match, Lajud should keep his fingers crossed that Rodriguez fails to impress.

Once again, it’s tough to to select a player from Tijuana when so many were unsatisfactory.

One player that did at least make an effort to carry the squad in the attack was Malcorra. The winger, who was also caught making the occasional unnecessary foul, pushed high up the left flank with daring runs and crosses. The Argentine also nearly secured the equalizer off a well-timed shot in the second half.