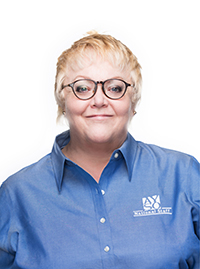 Lynn Berling-Manuel Named as The First Female CEO of NSCAA

Today, May 28th, Lynn Berling-Manuel was announced as the new chief executive officer of NSCAA, who will be replacing Joe Cummings place after 6 years in this role. She will be the first woman to take such an important role in this 75-year old organization, and also one too few females leading an organization in the soccer industry.

Lynn, however, is not a surprise pick for this role at NSCAA as she has been in the board of directors since 2006, a member of the U.S. Soccer Diversity Committee, and also has had other volunteer experience in the field.

Before assuming this position, Lynn spent the previous 8 years working as the Chief Marketing Officer of the largest youth soccer club in the world, the American Youth Soccer Organization ( commonly referred to as AYSO). One of her recent accomplishments in this role was to close a deal with FOX Sports making the AYSO their exclusive youth soccer partner.

She has also worked at Soccer America Communications as an editor-in-chief and associate publisher initially, and then later as the CEO and publisher. In these roles she was in charge of the strategic development and execution of Soccer America Magazine, as well as other publications, conferences, and events all of which are included in the multi-platform soccer media company. One of her achievements there was to turn Soccer America from a national weekly magazine to an internet-dominant communication leading media outlet.

Berling-Manuel is originally from Albany, California. She graduated from UC Berkley with a degree in Economics, and at Stanford she earned a publishing program certification.

NSCAA president Mike Jacobs said in a statement “It’s an exciting time for us to have Lynn Berling-Manuel guide us into this new era of the Association. Her experiences in the industry as an executive with Soccer America and AYSO, coupled with her long-standing leadership role within the NSCAA, make her a natural fit as our CEO.”

Maria is a sports journalist for soccernation.com. She is from Brasil and grew up there until coming to the U.S. for college. She is passionate about soccer, her favorite team is the Seleção, and she also likes to surf.
Newer Post
Blackhawk Boys Bring Forest Cup Memorial Day Tournament back to Arizona
Older Post
2015 Man City’s America Cup ends in a West Coast FC final