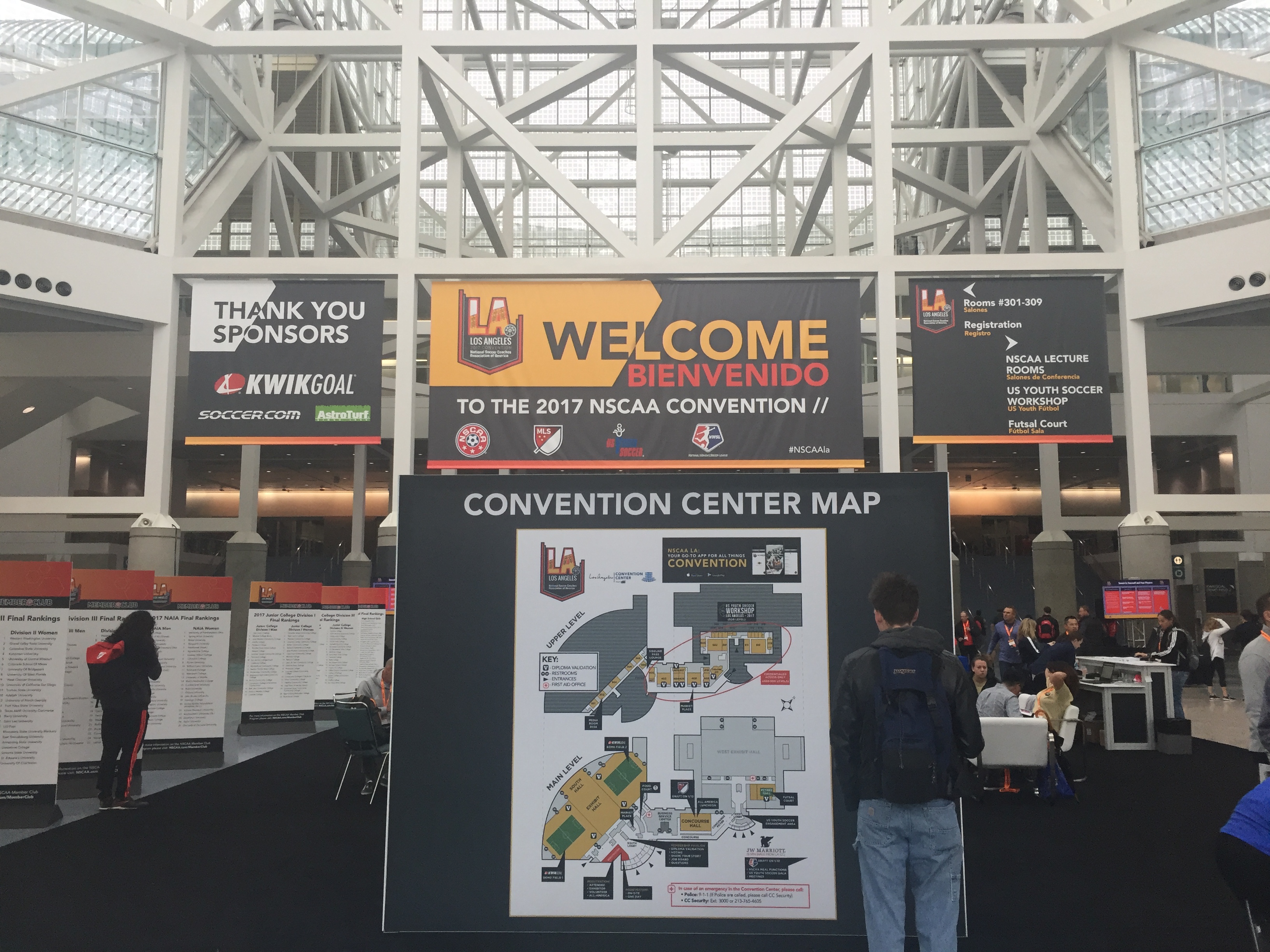 How the NSCAA is Like – and Unlike – Other Professional Conferences

If you've been to a conference, you know how it goes, but this one has soccer!

The 2017 NSCAA conference is open in Los Angeles, and with it, comes memories of all professional conferences.

One of the first sessions on the docket on Wednesday was an introductory one for first-time attendees. Sessions like those can be seen at times as irrelevant by some, an overview that may not offer much or something that cuts into valuable time. But the flipside — holding a massive conference and offering no guideposts for those attending, especially for the first time — is far worse. I’ve been to enormous conferences where no such session was held, and for a first time attendee, the experience can be profoundly alienating. You may choose to go to a handful of sessions, but if you don’t know how to begin networking or how to make the best use of your time (or where the conference mixer will be held) you’re basically toast.

So it’s nice to see the NSCAA taking the step to help attendees get their sea legs under them at the convention. It’s not a requisite at all sizable conventions, and if you really don’t know where to get started, you could do far worse.

Other ways the NSCAA might differ from your standard professional conference:

Newer Post
USC’s Andrews, Mills, Freeman Selected in NWSL Draft First Round
Older Post
Tijuana Aiming for a Rebound During a Historic Moment for the Organization