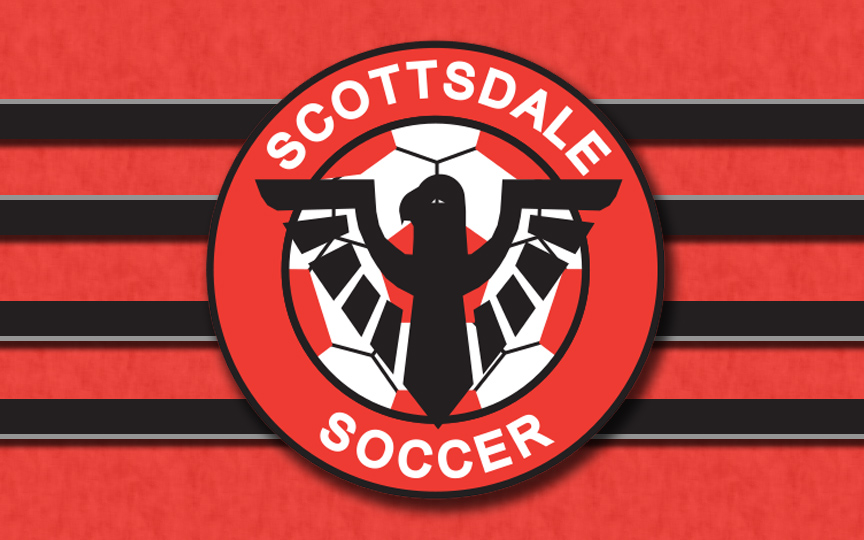 In the build up to the launch of Scottsdale Soccer Club’s 3rd annual Spring Futsal League, kicking off on May 14th, SoccerNation caught up with the one and only Jenny Jeffers to learn more about her background, the futsal league itself, the importance of futsal for developing young players and to assess the soccer landscape in Arizona.

The game of soccer is growing so rapidly across youth and professional levels, and people like Jeffers who are on the ground, running training sessions day in and day out are able to provide a unique perspective when it comes to understanding the true value of the beautiful game.

SoccerNation: Who is Jenny Jeffers? What is the nature of your role with Scottsdale Blackhawks?

Jenny Jeffers: Hi there! I am from Lake Zurich, IL (a suburb outside of Chicago) and grew up playing for Sockers FC Chicago. I played my college soccer at the University of Tennessee and continued my career all over the continent as well as spending some time overseas playing. I have been coaching for the last 8 years and am going into my 5th year here at the Blackhawks. I have been a pro staff member and the club futsal coordinator here for the last 3 years.

SoccerNation: Tell us more about the Scottsdale Futsal Program.  You’re entering your 3rd year with this program correct?

Jenny Jeffers: The futsal program here at Blackhawks was loosely in place when I came to the club 5 years ago, but was a one-off 5 week program during the year. I have always been a big believer in futsal as it was a significant part of my development as a youth player. I got involved as quickly as I could and I took over the program 3 years ago.

During that time we have managed to grow the program exponentially. We now use futsal as part of our year round curriculum for U10 and U11 boys and girls. We also offer a program for 2010-2007 age groups and our Spring/Summer league that is open to all clubs starting May 14th. We are the first club in the state to put so many resources into futsal and as you have seen in the last year or so, the game has exploded in popularity.

SoccerNation: Who is your futsal program designed for?

Jenny Jeffers: Our club futsal program is directed mostly towards the 2010-2006 age groups during the course of the year. The Scottsdale Futsal League however, is open to competitive boys and girls in the 2009-2003 age groups.

Jenny Jeffers: All you have to do is visit www.scottsdalesoccer.com and go to the Futsal Programs page. There you will find all of the information you need to sign up online! We aren’t accepting individual registrations at this time, but team registrations will be accepted!

SoccerNation: What sort of benefits are there to young players picking up futsal?

Jenny Jeffers: To me there are a million! But I will focus on a few….

SoccerNation: Is there an inherent irony in organized futsal as a method of replicating free-play?

Jenny Jeffers: Haha yes I suppose there is to some degree when you word it like that! I think you deal more with that when you’re training futsal as opposed to joining a futsal league. When we train throughout the year, we always leave the last block of time to open play with limited coaching from us. We encourage the players to express their creativity and try to limit the corrections we make. During the league, team managers or “coaches” are encouraged to let the players play and only really help with substitutions.

SoccerNation: How is your program combating the naysayers who write off the benefits of playing futsal?

Jenny Jeffers: Honestly, I don’t pay attention to that and I don’t think anyone at the club does either. We all buy into the validity of futsal because we have seen the benefits of the program first hand over the last couple years. We began integrating futsal training into a weekly program for the 06 boys and girls 1st and 2nd teams two years ago and the growth that we have seen in those players has been amazing. We have seen it, so we definitely believe it!

SoccerNation: Are there any specific elements to the Scottsdale Futsal program that you’ve adapted over the years based on the feedback you’ve taken in?

Jenny Jeffers: The main adjustments have been to the league. We began in a much smaller venue and it created some challenges for us. This year we have moved to the brand new facility, Victorium, in North Scottsdale. They have two full sized futsal courts along with LED scoreboards. It’s a huge deal for us to get this and it will create a much better playing environment. We have also brought in certified referees this year to control the games and bring a higher level of professionalism to what we are delivering.

SoccerNation: What trends do you notice in youth development that excite you? Which ones are you worried about?

Jenny Jeffers: I love seeing futsal being more valued as an important developmental tool. Otherwise, there are too many worrisome trends to count…the over-coaching of our youth players, over emphasizing the quick release of the ball at all times, punishing all attempts at creativity, consistently seeing “boot ball” teams win during 7v7 and 9v9 games, but the mother of all of these is the focus on winning over teaching. We are America and Americans love to win no matter what, but the onus is on us coaches to educate our parents.

We have to do our best to guide them through the year so that they know what you are trying to achieve during different parts of the year. It’s a difficult task and not all parents will always buy in to it, but it has to be done. Educating your sideline the best you can is something that is becoming more and more essential if you want your players to be able to learn and discover the game the right way, especially at the 4v4, 7v7, and 9v9 levels.

SoccerNation: How do we continue contributing to the growth and maturation of our soccer nation?

Jenny Jeffers: One of the major inhibitors of growth in the US is that soccer isn’t deeply embedded in our culture the way that baseball, basketball, and football are. More kids play youth soccer than any other sport, but how many go on to play at a higher level? How many do we lose to other sports? How many go and play in their back yard every chance they get? It can’t just be about playing it, we want them to live and breathe it! We want them to watch it on TV, in the stands, or even on YouTube! That being said, I think the overall soccer culture in the U.S. is definitely improving and there is more soccer on TV than ever before. You can flip on the TV and find all of the major European leagues and a ton of MLS games.

We are, definitely severely lacking in any kind of women’s soccer being shown on TV outside of national team competitions, but the NWSL is finally going to be on TV so hopefully we will see a larger improvement here. We are experiencing some exciting growth here in Phoenix with the arrival of Phoenix Rising and ex international stars like Shaun Wright-Phillips and Drogba. You see kids and adults alike becoming fans of the game right here locally which is definitely encouraging. It’s great to see so much being invested, but if players, coaches and parents at the grassroots level aren’t invested in the team or even in the game itself, then it is going to be extremely difficult to create a successful soccer culture in that specific city. We have seen certain cities take off like Seattle and Portland, so hopefully we will be next!

Jenny Jeffers: Registration is still open for the Scottsdale Futsal League so everybody head over to www.scottsdalesoccer.com and click on the Futsal Programs page! Thank you Soccer Nation! 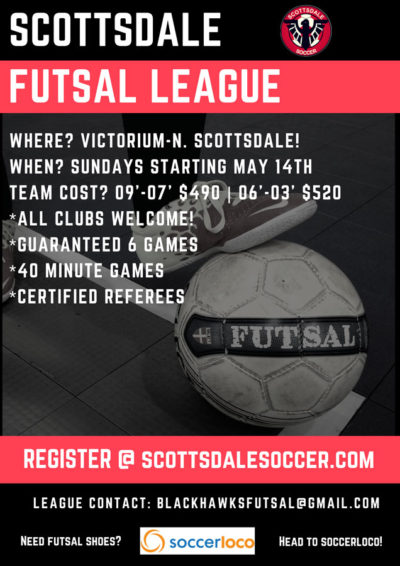