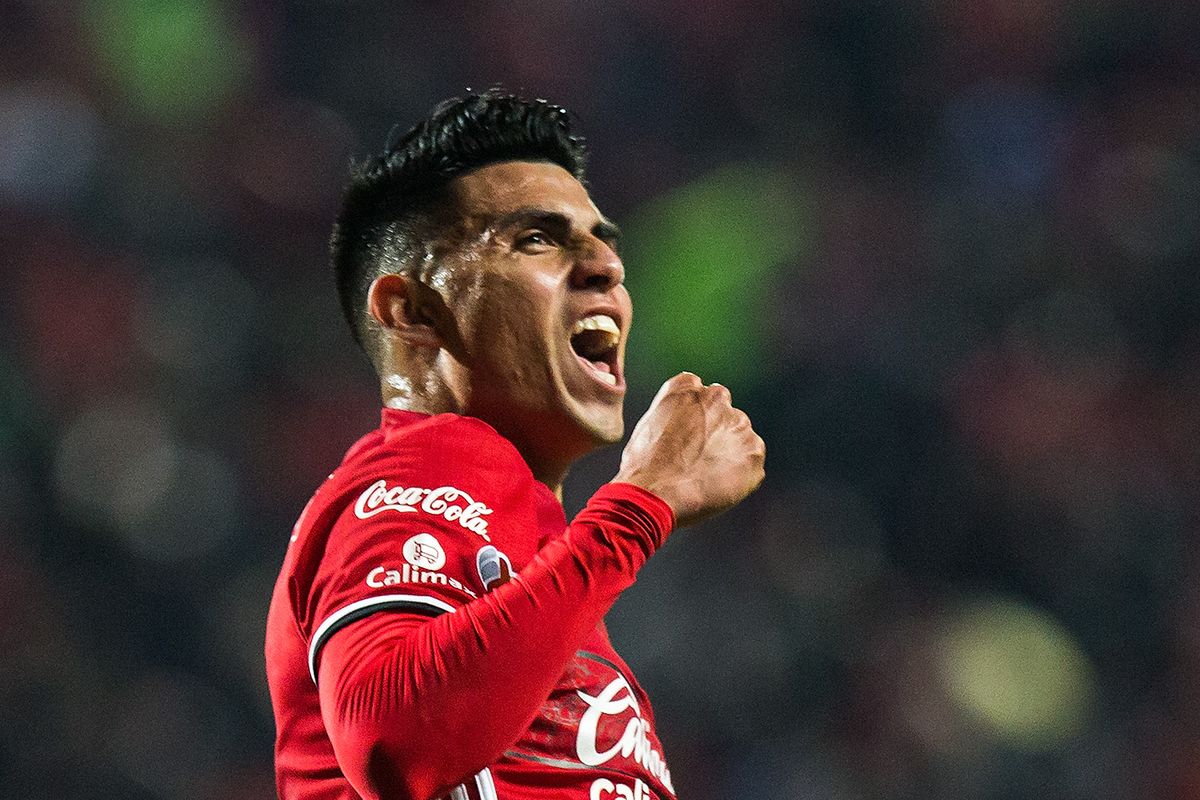 After a long and strenuous time away from Baja California and his home just on the other side of the border, the 2017 Liga MX Clausura has seen a rather joyous homecoming for Joe Corona.

He’s a player that will forever hold a special spot inside the collective heart and soul of Los Xoloitzcuintles, Corona being the man that scored the first top flight goal in Club Tijuana history back in 2011. He was a key part of the iconic championship squad of 2012, and continued to excel in the subsequent seasons, garnering a place in the United States Men’s National Team while plying his trade in Mexico.

Nothing is ever perfect in this world, and 2015 and 2016 saw two separate loan spells for the man that embodies the Xolos motto of “sin fronteras” (without borders), Corona a native of National City and San Diego who also spent a significant portion of his childhood living in Tijuana. He’s a homegrown player in the truest sense, and his time on loan at Veracruz and Sinaloa (the latter where he helped Los Dorados win the Liga Ascenso title in the Apertura of 2016) had fans back in Baja chomping at the bit for his return to the red, black, and white.

That return came at the turn of the new year, and it’s been a lot more than just sentimental feelings in the air since Corona came back to Tijuana. A linchpin in the Xolos midfield, Corona has been one of the team’s most consistent performers this season as they have been fighting for a playoff spot in a parity filled Liga MX table.

Club Tijuana’s most recent match was a mouthwatering Friday night affair with Toluca at the Estadio Caliente, a top of the table clash that would see the hairless dogs of the border town move into first place and clinch a playoff spot with a win.

After a scoreless first 45, the action intensified in the second half. In the 72nd minute, Corona got on the end of a fantastic left-footed cross from Victor Ignacio Malcorra and hammered it past Toluca goalkeeper Alfredo Talavera, giving Xolos the lead and sending the strong majority of another sellout crowd in Tijuana into absolute bedlam.

Malcorra added a goal of his own just moments later, (a vicious rip with his favored left foot) winding the evening to a close with a clean 2-0 result for Club Tijuana.

After the match, Corona and I shared an extended chat, discussing the eventful night at Estadio Caliente, the curse of the superlider, what it’s been like playing with Aviles Hurtado this season, and more.

Nate Abaurrea: “So the team wins 2-0 at home against a tough opponent, you guys go top of the table and clinch a playoff spot, and you score the winner. Pretty damn good night, eh?”

Nate Abaurrea: “Take us through that goal. From my angle, it looked like a magnificent service from Malcorra.”

Joe Corona: “It was a GREAT cross from Malcorra. I was already trying to get myself into the box, and then I saw this beautiful cross coming in. I just tried to head it as hard as I possibly could, and thankfully Talavera couldn’t react in time. It was a great feeling to get that goal, but again, I’m just happy we got the three points.”

Nate Abaurrea: “Do you remember the last time you caught a header as sweet as that one? It was pretty nice.”

Joe Corona: “It’s been a while, man. I think this might only be my second goal off of a header for Xolos. The other one was back in 2011 or 2012 against Monterrey. It feels good to score with your head.”

Nate Abaurrea: “It’s gotta feel good to score here at Estadio Caliente. You scored back in the home opener in January against Puebla, and even though that was a late tap-in that made the score 6-2, there were similar vibes around the ground at that moment as there were tonight when you scored a wonderful go-ahead goal in the 78th minute of a top of the table clash. Anytime you score a goal at this stadium, fans and media members alike almost always reference the fact that you were the player that scored the first top flight goal in club history. What does that mean to you, people automatically referencing something from almost six years ago based on what you did tonight?”

Joe Corona: “It’s a very special feeling. It’s significant for me. It’s great to know that the fans are always behind you and supporting you, and to know that they have that kind of loyalty. It makes this place feel like home. It makes me feel identified with Tijuana and with the Xolos, to know that, like you said, a goal from so long ago is still being talked about. I feel connected with all of these fans. I feel like we’ve been through a lot together and created some amazing history. I’m just happy to be a part of this family.”

Nate Abaurrea: “So this team is now sitting atop the Liga MX table, right where Xolos were at the end of the 2016 Apertura. They were then upset by Leon in the first round of the playoffs, becoming yet another side on the long list of Liga MX “superliders” to get bounced by an eight-seed. We always hear about this “curse” of the number one spot in the Liguilla. Is there anyone around this team even thinking about that right now, or is it all just a bunch of crap?”

Joe Corona: “You know, I think it’s just a bunch of superstition. As a team, we’re focused on what we want to accomplish this tournament, and that’s bringing a championship back to Tijuana. I know last season the guys had a great run and ended up getting knocked out in the first round of the Liguilla. If anything, I feel like that makes us more prepared this time around. We’re ready. We’ve still got two games left in this regular season, and we want to go in the best way possible, playing good soccer and feeling ready to fight for a championship.”

Nate Abaurrea: “The last thing I gotta ask you is about your teammate with the number 18 on his back. Aviles Hurtado is already being mentioned by a lot of people as a player of the season candidate, not only for this Xolos team but in the entire league. From incredible moments like his bicycle kick against Atlas, which you assisted, to all the little things he does for this team, what’s it been like being on the same field as Aviles this season?”

Joe Corona: “It’s been great. Having players like that, guys who can truly change the game from minute to minute, it’s amazing. He’s definitely a strong candidate to be the best player of the season in this league. He’s shown it week in and week out on the pitch, and day by day in training as well. His goals have been amazing. I mean, that bicycle kick, man…”

Nate Abaurrea: “Which wouldn’t have been possible without a lovely assist from this guy named Joe…”

Joe Corona: “Haha… Seriously though, it gives you more confidence when you have players like that around you, knowing that they can change the game at any time. It definitely makes you look better too.”

Nate Abaurrea: “Joe, thanks as always for your time.”

Joe Corona: “Of course. Thanks, Nate.”

Corona, Hurtado, and the rest of the Xolos face arguably their most difficult away fixture of the season with a trip to Nuevo Leon awaiting them this coming weekend.

Xolos will face off with Tigres on Saturday April 29th, with kickoff at 5 PT. Despite the tenacious reputation of the reigning Mexican champions at their home of Estadio Universitario, Tigres are currently on the outside looking in when it comes to the Liga MX playoffs. Tuca Ferretti’s gold-clad crew are in 9th position, one point behind 8th place Pachuca in the final liguilla spot with two matches to play in the regular season. They’ll also be just three days removed from the second leg of the CONCACAF Champions League Final on Wednesday night, away at the Estadio Hidalgo to none other than Pachuca.

Keep it with SoccerNation.com for all the match buildup and post-game breakdown, and for more English language coverage of Club Tijuana and Liga MX.

Hailing from Watsonville, California, Nate Abaurrea is a writer and broadcaster specializing in coverage of the beautiful game on both sides of the USA-Mexico border. In addition to the #SNPod, Abaurrea's voice can be heard calling Liga MX matches in English for Club Tijuana, USL-PDL action with So Cal Surf, and the MASL with the San Diego Sockers. He also loves wine. And tacos.
Newer Post
SoccerNation Exclusive: Paul Arriola and the first place Xolos
Older Post
Albion PROS Fall to Orange County FC