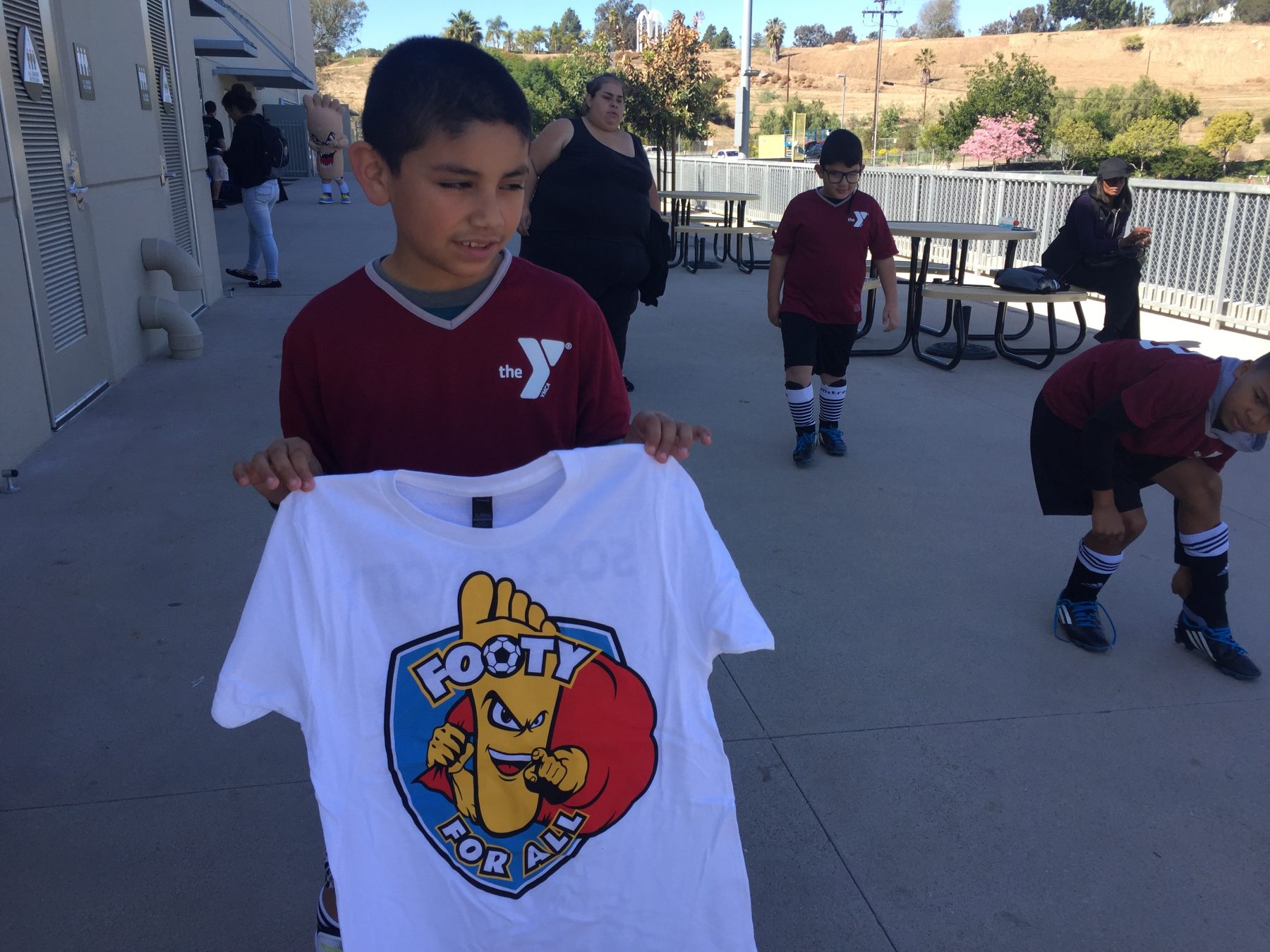 In December of 2017, the SoccerCity SD team announced a groundbreaking partnership with the YMCA of San Diego County, paving the way for 500 children to play in their local YMCA leagues. Many of these children are participating in team sports for the first time, and the Footy For All Program is providing a way for children to make new friends and develop social skills that will stay with them for the rest of their lives.

On Saturday, members from the SoccerCity team distributed t-shirts, backpacks and school supplies to athletes and their parents. 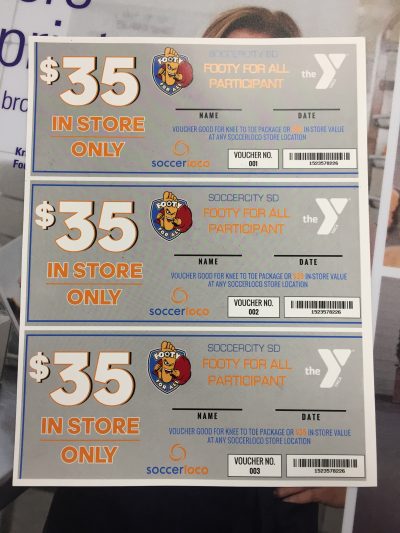 Participants were provided with equipment courtesy of local retailer soccerloco.

“The premise of the program was getting kids active,” said Carrie Taylor, a member of the SoccerCity team. “And also caring about them in the classroom and basically just supporting kids who might not have the opportunity to play.”

One mother of a seven-year-old who asked not to be named, described the opportunity as “… a good thing because we didn’t have to pay for it and at a time in my life when struggle is apparent, it helped. It enabled me to put her in an activity that she wanted to do and that I wanted her to do. And it brings my family together because my brother coaches her team. At first he didn’t want to, but he loves it now.” 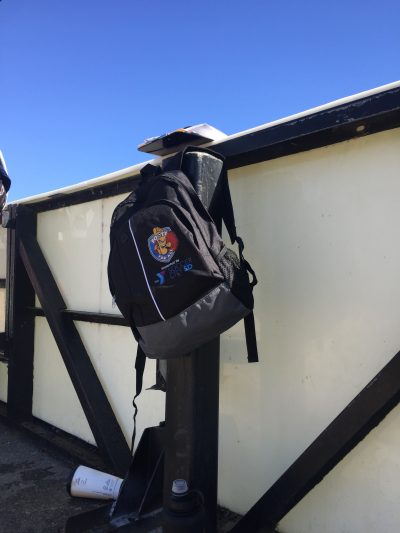 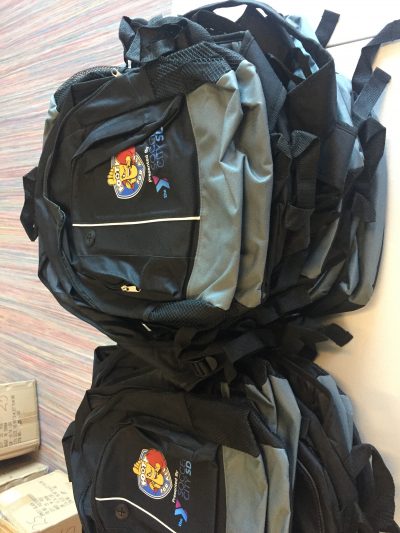 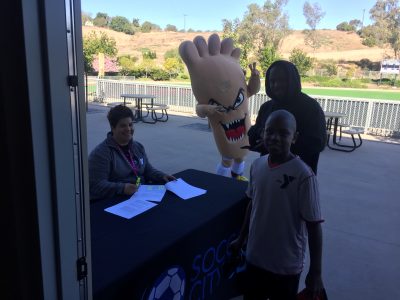 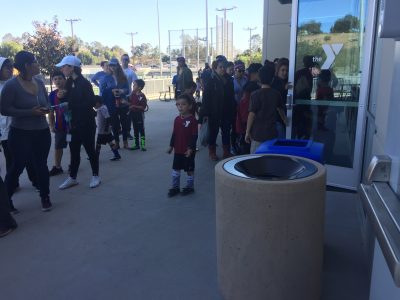 All in all, participants in this program receive, first time entry into a YMCA soccer program, soccer shoes, socks, shin guards, and a ball from soccerloco, special clinics with Landon Donovan and Shannon Mac Millan, as well as special invites to SoccerCity SD activities such as Sockers Games, World Cup Festival etc.