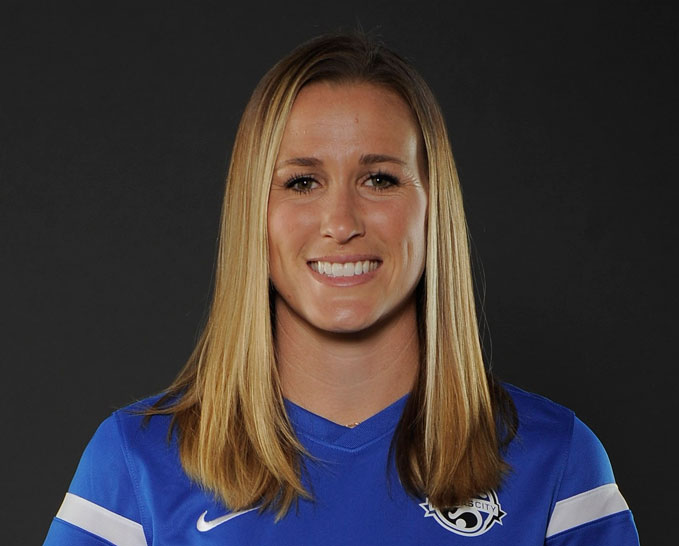 A leader on and off the field, Brown graduated from the University of San Diego where she played for the Toreros from 2004 to 2007 and played in 75 of the team’s 81 games throughout her career.  After her senior season, she earned a fourth-team All-American selection by Soccerbuzz Magazine.

“First, I want to start by thanking everyone who was involved in my three wonderful years in Kansas City. I want to thank the ownership, coaches, teammates, amazing fans and my family. I have grown as a soccer player but more importantly as a person,” Brown said.  “This was a hard decision for me but I think it is time to start the next chapter in my life and let some of the younger players get the same chance I got seven years ago when I started playing professionally.”

“I have had world class players and coaches by my side and have created ever lasting friendships with these beautiful people,” Brown added. “Plus, going out as back-to-back champion isn’t so terrible. I can’t even start to think about how much I will miss playing and seeing these people every day.”

“I don’t think we can find someone that can replace Leigh Ann in the near future,” Head Coach Vlatko Andonovski said. “She was extremely valuable for us as a player, leader and friend. I want to wish her all the best in her life after soccer. She will be missed in KC.”

Brown, 29, will end a very successful career, which began professionally in 2009 when she was selected in the inaugural 2009 WPS Collegiate Draft by FC Gold Pride before being chosen by the Atlanta Beat in the WPS Expansion Draft. In 2011, she joined the Philadelphia Independence and played in 19 games.

“One of my favorite moments in Leigh Ann’s career is her call up to the National Team at the end of our first season,” Director of Soccer Operations Huw Williams said. “She was one of the first players who trusted our organization when we were first building the team and we were so happy for her. Much of our success is down to her play on the field and leadership in the locker room. She will be greatly missed.”

Prior to the inaugural season of the National Women’s Soccer League (NWSL), she was signed by FC Kansas City. In her first season, she started and played every minute of the regular season and recorded five assists.

“Leigh Ann is the type of player any team needs to be successful. She’s a player’s player, respected by everyone because of her ability and her attitude,” Becky Sauerbrunn said. “I’ve loved these past seasons in large part because I got to play with her and become her friend. She can be no-nonsense and help the team be more efficient, and she can be sassy and lighten the mood when it’s needed. She is a leader on and off the field and will be missed tremendously. ”

In her very last season, Brown captained the Blues during the FIFA Women’s World Cup and was one of the only two players to play every minute of the season. On August 8, she scored her first goal with the Blues in a 4-0 victory over the Western New York Flash.

“We will for sure bring Leigh Ann back for a game next season so that she can be honored in the right manner.” Williams added.