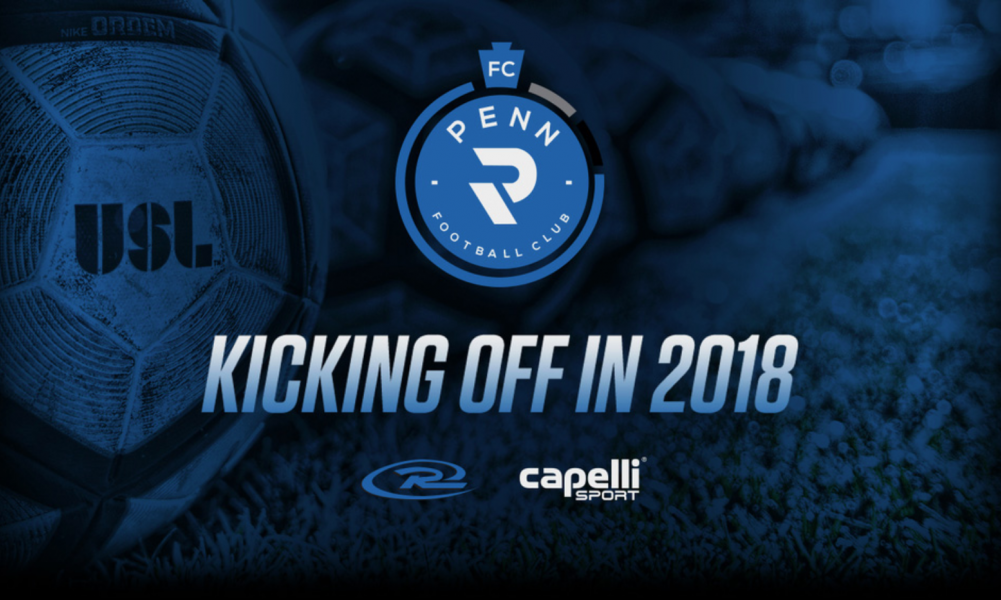 Originally founded in 1997, Rush Soccer Club has grown from a single youth club into an international behemoth of an organization, with 48 locations n

Originally founded in 1997, Rush Soccer Club has grown from a single youth club into an international behemoth of an organization, with 48 locations nationally and another 36 outposts abroad. Replacing the Harrisburg City Islanders, Penn FC joins the Rush family as the newest member of the United Soccer League.

As have many youth clubs, Rush has long harbored the dream of having a professional ‘first team’ that sits atop their academy and offers players with ambition and ability the opportunity to ply their trade at the next highest level. Today Rush’s dream becomes reality with the unveiling of Penn FC, 20 years after the first Rush Soccer Club in Littleton, Colorado.

“We see and understand the value of Division II status here in the United States,” Altirs said when he first took over the Islanders. “Being recognized as the second division of professional soccer, just under MLS, is a tremendous opportunity for all members of the club. It will lead to increased efforts to make sure this historic franchise experiences continues success.”

Rush Soccer has a unique and storied history, winning a national title in just its second year of existence, developing a culture known as “The Rush Way” by that acolytes and adherents, and most importantly, the club’s affiliate program which began in 2003 with Virginia Rush based in Virginia Beach, Virginia.

Virtually overnight, the Rush doubled in size and the success began to intensify as players and coaches across the country wanted to be a part of Rush Soccer and learn “The Rush Way”. By 2008, Rush had clubs in New Mexico, Hawaii, Kansas, California, and Florida. Fast forward to 2017 and Rush now oversees 84 different clubs across the world.

The club has had a foray into amateur adult soccer with a U.S. Open Cup run that kicked off the formation of a UPSL team in Colorado, and now makes the step up to professional soccer with the USL. The USL prides itself on being “one of the most prominent Division II professional soccer leagues in the world, representing 30 markets in 20 U.S. states and two Canadian provinces.”

Since the league’s formal affiliation with Major League Soccer in 2013, participation has exploded from 13 teams just four years ago to 30 in the 2017 season, making it the fastest growing league in professional soccer. Three new teams have already been confirmed for 2018 with another three waitlisted for 2019.

Rush Chairman Jérôme de Bontin spoke highly on the importance of having a competitive academy below the professional team to ensure player growth and development:

“It is difficult to imagine a professional soccer team without an academy – the academy is often referred to as the soul of the organization. Our President Tim Schulz and I have been looking for the right professional team for some time now and have found it in Penn FC and George Altirs’ organization. Everyone involved believes in building success through the promotion of aspiring young talented players, and the goal has always been to give our young Rush athletes greater access to the professional ranks. Many Rush players have already gone on to lead successful professional careers, so our hope is that this new relationship will continue to facilitate a professional pathway for our players around the world.”

The list of Rush alumni who have continued on to professional careers includes U.S. National Team player Christian Pulisic, who played for Michigan Rush for a small stint before joining Borussia Dortmund’s academy in July 2014, and U.S. Women’s National Team player Lindsey Horan, who has more than 20 caps with the National Team at the age of 23. Other Rush standouts include Conor Casey, Jeb Brovsky, Danica Evans, Colin Clark, Jordan Angeli, and Todd Dunivant.

With an extensive network of top-level youth players underneath the professional team, Rush Soccer is well-equipped to offer a complete pathway for the boys wearing the Rush “R” across the globe. The announcement of the new USL team has been twenty years in the making, and although it may appear as though the journey is complete, this is merely the beginning of a new era for Rush Soccer.

The work at Rush will continue until the club becomes one of the most recognizable soccer brands in the world.