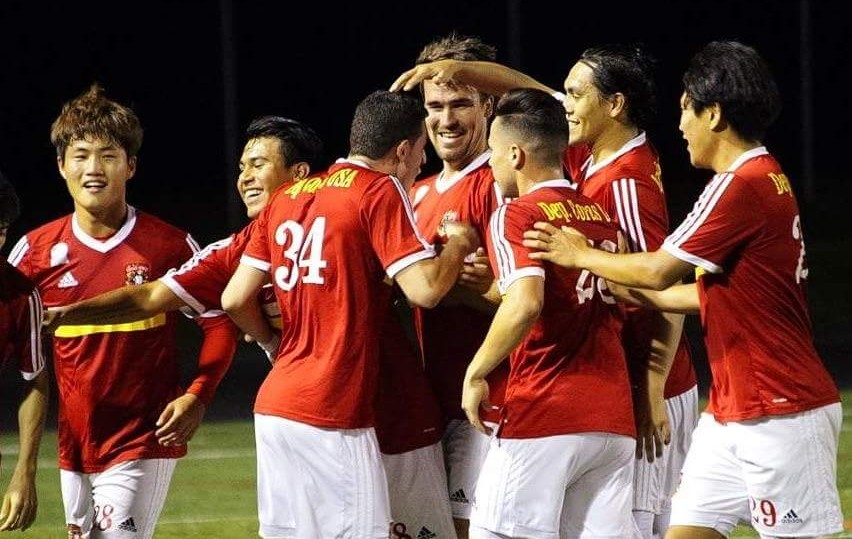 It’s been a busy week for Deportivo Coras FC in Riverside, California. Deportivo Coras signed an exclusive apparel deal with Mexican sportswear company Romed Sportswear. Romed will produce all the uniforms for the team and fan apparel for the 2016 season. This deal shows their strong relationship with mother club Coras de Tepic (Liga MX Ascenso), who also is sponsored by Romed.

More importantly, last week Deportivo Coras USA met with important Riverside city officials to discuss the future of professional soccer in the region. General Manager Andres Otañez said, [quote_box_center]“The meetings with Councilman Andy Melendrez, Rafael Guzman, Frank Corral, and other important figures in Riverside have opened doors for us in the community. They fully endorse Coras as a pro team, our work in the community and look to help raise awareness in Riverside.”[/quote_box_center] The meetings went beyond just endorsing Deportivo Coras as a professional soccer team in Riverside. The council members, community figures and local businesses are in agreement to embrace Deportivo Coras as their own symbol of growth in Southern California. Otañez relayed the sentiment of Riverside’s important personal figures, [quote_center]“Riverside is hungry for soccer to be built here, to be embraced with open arms. We are the team for the community and for the future of this region.”[/quote_center]Councilman Melendrez was insistent that Deportivo Coras embrace “Riverside” as a way to bring the community closer together.

Deportivo Coras has been aggressive in their growth plan within the community. Their meeting with prominent city officials is a massive step in the right direction of building a soccer culture with the local community. The entire Coras staff is excited to continue to build the Coras culture in Riverside, are extremely appreciative of all the hard work and commitment already invested in the club and community. The support from the city is a huge boost for an NPSL team with aspirations to climb the American soccer pyramid. Embracing Riverside, just as the Riverside community has embraced Deportivo Coras is the next step up the ladder to becoming a powerful soccer force in Southern California.

Watch out for more great news in the immediate future!