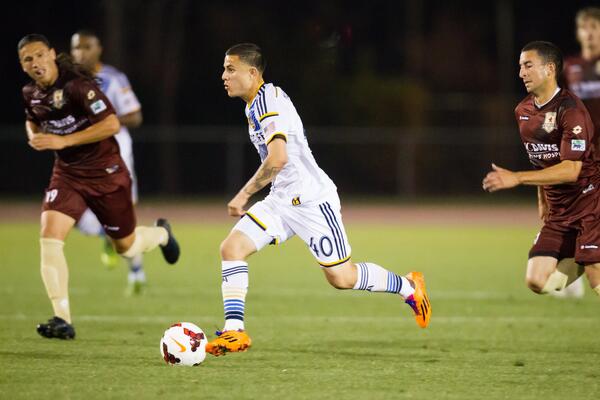 LA Galaxy II midfielder Raul Mendiola is continuing the 2015 USL season right where he left off  in 2014 by topping the assist leaderboard of the USL.

Mendiola is currently tied with Luke Vercollone of the Colorado Switchbacks for most assists in the USL. Each player has tallied seven assists in twelve games.

The LA Galaxy Homegrown Player is coming off a successful year with Los Dos that saw him named to the USL Team of the Week multiples times during the 2014 campaign.

The 21-year old is a Juarez, Mexico native who signed with LA Galaxy in 2014 and has remained a decisive member of LA Galaxy’s reserve squad.

Los Dos’ next match is against OC Blues FC this Friday night at the StubHub Center in Carson with the Southern California matchup sure to be a thriller.