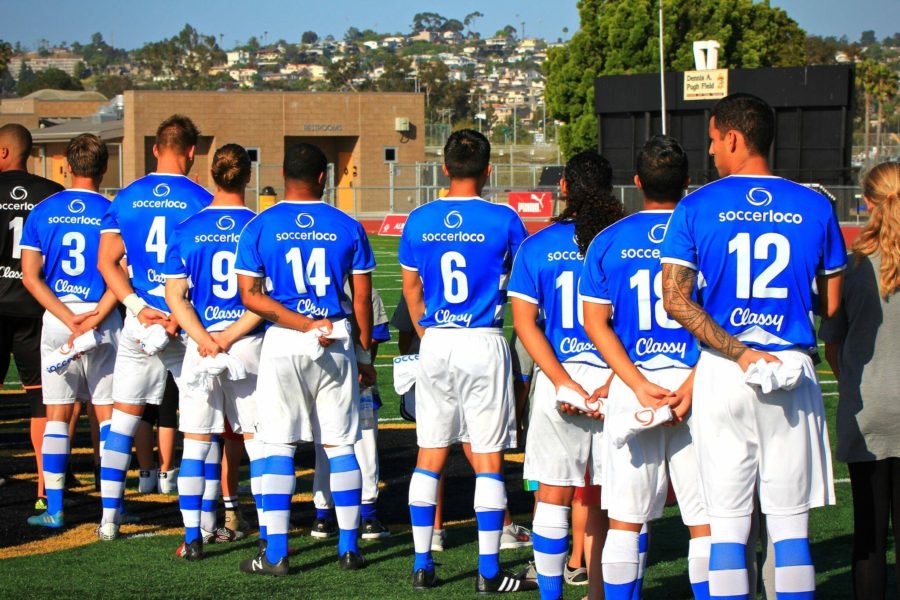 Saturday night, Pacific Beach will once again take in the views of a massive and equally important match. The PROS have a wonderful opportunity to gain an important 3 points while facing a winless City Of Angels.

The PROS were able to finally take 3 points for the first time in that elusive match away from home that has been one of the main setbacks this season in the Southwest Conference with a 2-1 score over SoCal SC last Saturday.

A major positive that came out of the win, finding the back of the net. The PROS were off to a proper Albion performance that we had been accustomed to seeing in the short past with 2 goals in the first half.

Staying true to their attacking and attractive style of football and maintaining that rhythm as the game plan, especially at an away game, was crucial for the PROS. Head coach Ziggy Korytoski has not been afraid to maintain the teams style all season and is starting to see it flourish on the pitch.

Although the PROS were missing two key players serving suspension, goalkeeper Jean Antoine and forward Travis Nicklaw, the team managed to maintain another aspect of their game that plays a key role in their success, maintain the rival attack at bay. The PROS defense allowed just a single goal, bringing the season total 8, third best in the league.

An excellent opportunity will arise for the PROS at Mission Bay High School. Meeting City Of Angels, who have allowed a total of 39 goals and only converted 8, meaning, on paper, this is a massive opportunity for the team to rekindle their romance with the net in mass while obtaining the points.

The PROS must meet this match just as they have all season at home, heavy in the attack from the start and finding the net early. Putting City Of Angels early will prove key to let the attack blossom and play free and loose and regain the confidence in play in the front lines.

It seems that every home match has had a high degree of importance, this week is no different, a match that can and should be won with rather ease. It would be a devastating blow if anything else but a convincing victory happens in Pacific Beach on Saturday night, certainly the PROS will be eager to get on with the match and continue on a positive streak for the remainder of the season.