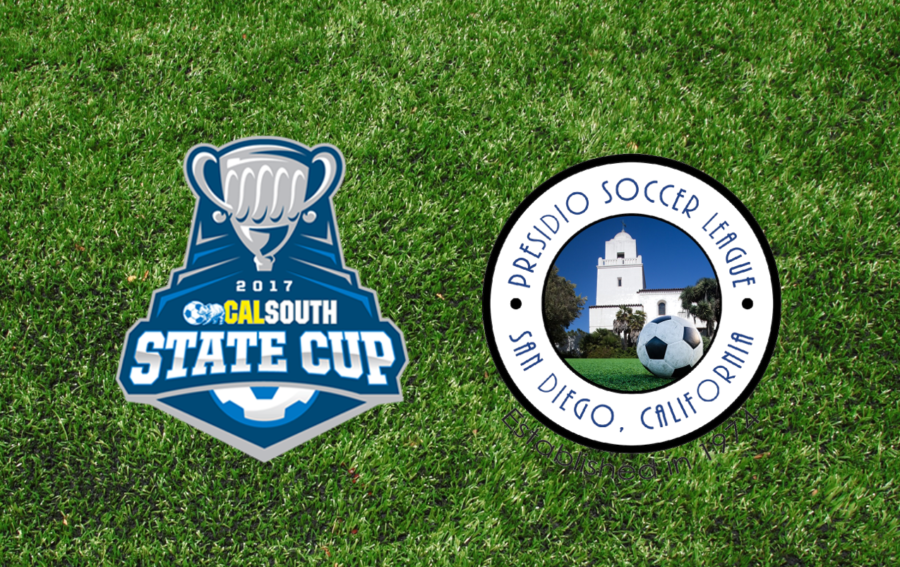 A multitude of teams from all around Southern California competed in the 2017 Cal South State Cup, which began at the end of March for the Olders Divisions. Truly one of the largest tournaments in the nation, becoming a State Cup Champion is a huge accomplishment. With such a prestigious tournament being held in Southern California, Presidio Soccer League – a premier competitive Youth Soccer Gaming League in San Diego, was sure to represent. Check out Presidio’s member teams that defeated the high quality competition and now carry the title of State Cup Champions. Congratulations, Presidio Soccer League Members! 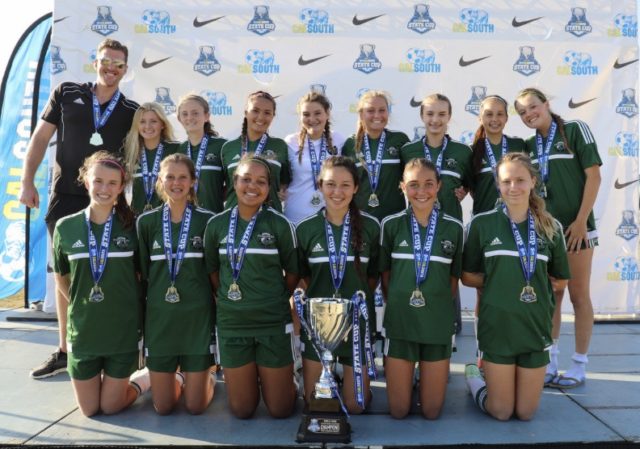 The Poway Vaqueros Academy girls started off the tournament with a 3-0 shut out against South Slammers FC Grey, followed by a 1-5 win against Newcastle United FC and the next day shutout CC Dynasty FC 6-0. The girls had another shutout against Liverpool SC Premier 5-0, followed by a 4-0 shutout against Arsenal FC SD Elite. The girls then defeated San Diego Football Academy 1-2, sending them to the semi final. The girls continued to add to their shut out record, with a 0-4 victory over Mamba FC, sending them to the final where they defeated Central California Aztecs 2-0, ending the tournament undefeated and being crowned State Cup Champions.

“The girls came out very sharp and focused. The continuity with this team was outstanding all year long and really flourished in this tournament. The effort they gave for each other in itself is really something to be proud of. The final game I didn’t say anything inspirational. All I said was, “No matter what I’m very proud of you guys. You know what we have been been working on all year long. Just go out there and give everything you have.” The game was back and forth but they held their own and pulled it off.” – Coach Michael Willrich

The Temecula United boys started off the tournament with a 1-1 tie against Pomona United FC, followed by a 0-1 win against Pasadena United. The boys then shut out PSC Orange 6-0, followed by a 5-1 win over UIFC LA Aztecas. The boys then shut out Santa Ana DSP 4-0, sending them to the semi final where they defeated P.D.S.C. 3-2, advancing to the final. The final game for the boys was a thriller — after a 1-1 tie with Wolfpack Soccer, the boys buckled down and defeating them 3-2 in PK’s, and earning the title of State Cup Champions.

“From start to finish the boys battled their hearts out. We started off a little slow bit gradually picked up momentum. We emphasized the importance of State Cup early on. It was a goal to go deep into the tournament even before the fall season. It’s the biggest tournament of the year, so we wanted to end on a positive note.

The final match was a grind. The Wolfpack out possessed us. We scored the first goal but could not hold on to the lead for the entire match. With 2 minutes left to play, they equalized. After 30 minutes of overtime, we headed into a shootout. We had practiced penalties all week. Even though two of our boys missed, we still managed to pull off the title. Our goalkeeper was the MVP of the match. He saved two shots that helped us win. I’m very proud of our boys. That was a special season for us. It was a real pleasure being  a part of a group of boys who played with such passion for the game.” – Coach Jeremiah Marquez

The Presidents Division is a seeded tournament based on the team’s performance in last year’s State Tournaments and Fall League results and is for mid-level competitive teams. Champions in the 2004/13U-2000/17U age groups will represent Cal South in the 2017 US Youth Soccer Region IV Presidents Cup Regionals in Utah, June 13-19, 2017. Winners of the Regionals in the 2004/13U-2000/17U age groups will advance to the 2017 US Youth Soccer National Presidents Cup Championships in Florida, July 12-16, 2017. 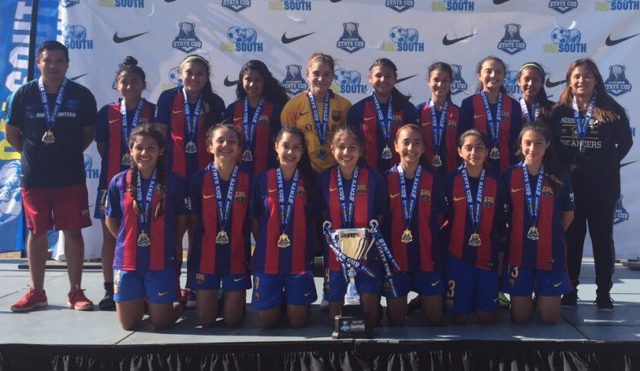 The Barca Cantera girls started off the tournament with a 6-1 victory over Simi Valley Eclipse Blue, followed by a 0-7 shut out against Slammers EGSL. The girls then defeated Real So Cal SCV 1-0, followed by a 1-0 win against Beach FC SB. The boys then defeated Freedom Futbol Club 3-1, followed by a 4-2 win over CalElite SC, sending them to the semi final. The boys shut out Crown City United 0-2, sending them to the final where they remained undefeated for the tournament, after a 3-2 victory over CDA Slammers FC Yorba Linda — earning the title of State Cup Champions. 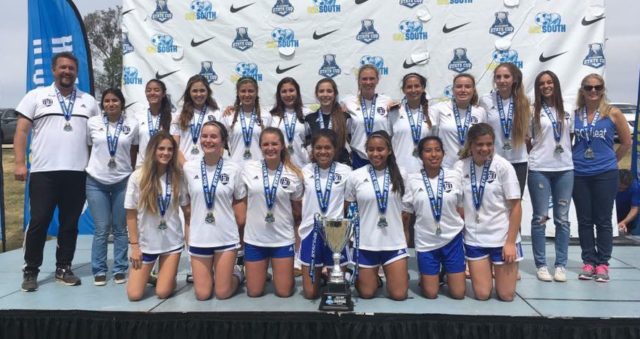 The FC Heat girls started off the tournament with a 2-0 shut out against Anaheim FC, followed by a 0-5 shut out against SD Surf Academy. The girls then defeated Matrix EC 3-0, followed by a win due to a forfeit from Thousand Oaks FC. The girls continued their shut out streak with a 0-3 victory over California Rush, sending them to the semi final where they faced Anaheim FC for the second time and defeated them 0-2. The girls finished the tournament undefeated with a 3-1 victory over IE Surf, earning the title of State Cup Champions.